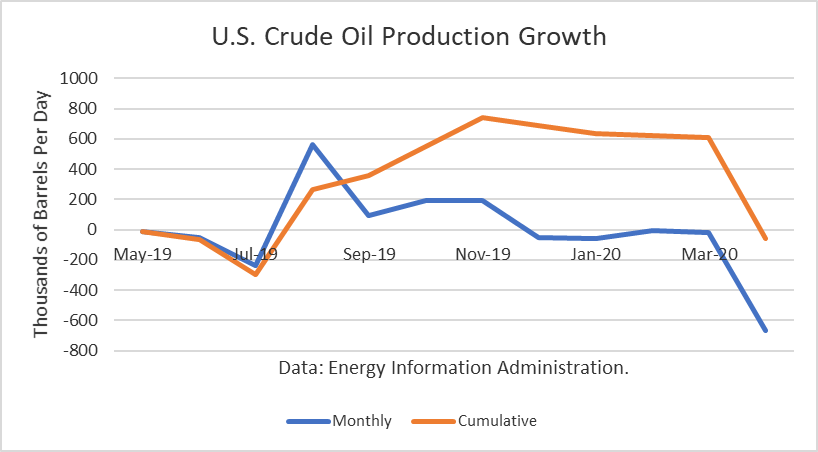 Given the large reduction in April, crude oil production dropped by 62,000 b/d over the past 12 months. This number only includes crude oil. Other supplies (liquids) that are part of the petroleum supply fell by an additional 560,000 b/d from a year ago. 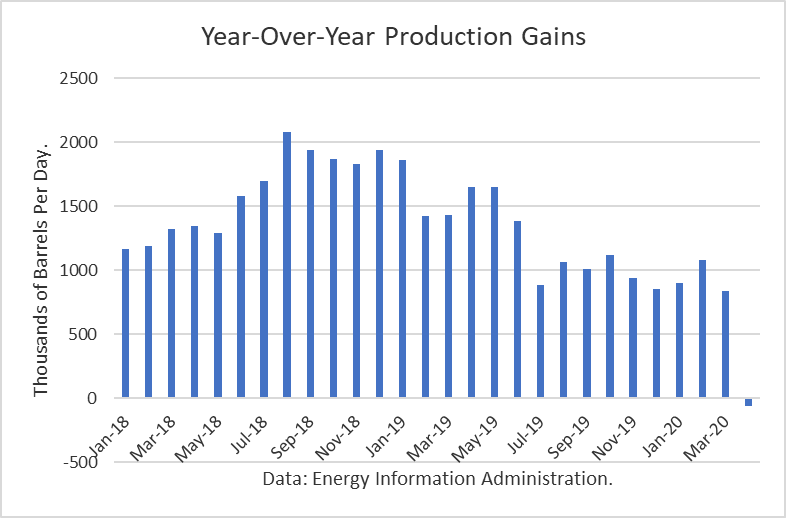 The EIA-914 Petroleum Supply Monthly (PSM) figure was 99,000 b/d lower than the weekly data reported by EIA in the Weekly Petroleum Supply Report (WPSR), averaged over the month, of 12.160 mmbd. 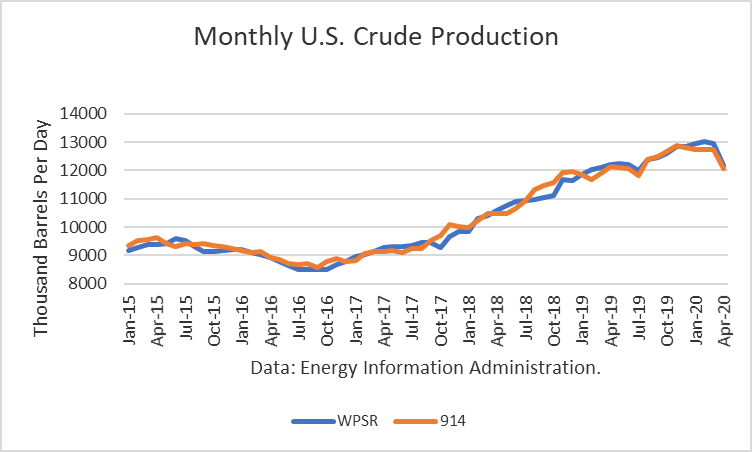 The April figure was about 320,000 b/d lower than the 12.380 mmbd estimate for that month in the June Short-Term Outlook. This difference is enough to justify a “rebenchmarking” to EIA’s model in future production levels at this time.

The EIA is projecting that 2020 crude oil production will exit the year at 10.670 mmbd. And for 2021, it projects an exit at 11.120 mmbd. These are downward revisions of about 2 million barrels per day as a result of the price collapse and slow rebound in prices through the forecast horizon. 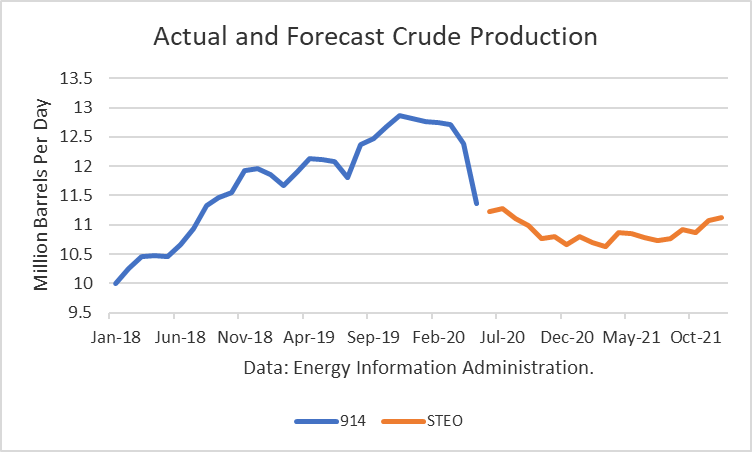 The actual crude oil production based on the EIA-914 survey data showed a much larger drop than EIA had estimated in its weekly stats and used for its STEO forecast. This development implies that the July STEO forecast is going to be much lower than indicated above.

However, in a survey by the Dallas Federal Reserve, E&P executives indicated that they would begin restarting wells that they had shut-in. And so the outlook is highly uncertain, given the price collapse and unknowns regarding the pandemic and future oil prices.