According to the Energy Information Administration, US petroleum inventories (excluding SPR) dropped by 2.6 million barrels last week to 1.444 billion, whereas SPR stocks dropped by 1.6 million barrels. Total stocks stand 152 mmb above the rising, rolling 5-year average and about 133 mmb higher than a year ago. Comparing total inventories to the pre-glut average (end-2014), stocks are 385 mmb above that average. 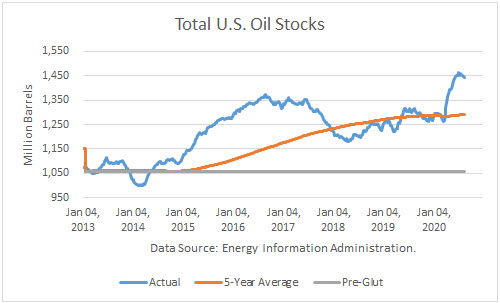 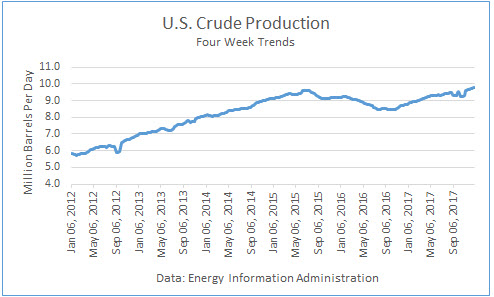 I have previously noted in an article how the “Other Supply,” primarily natural gas liquids and renewables, are integral to petroleum supply. The EIA reported that it dipped 3,000 b/d v. last week at 6.639 mmbd. The 4-week trend in “Other Supply” averaged 6.746 mmbd, off 6.7 % over the same weeks last year. In YTD, they are unchanged from 2019. 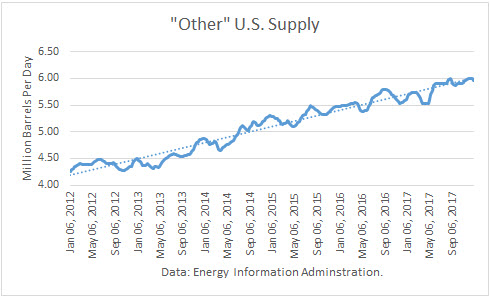 Crude production plus other supplies averaged 17.621 mmbd over the past 4 weeks, well below the all-time-high record. 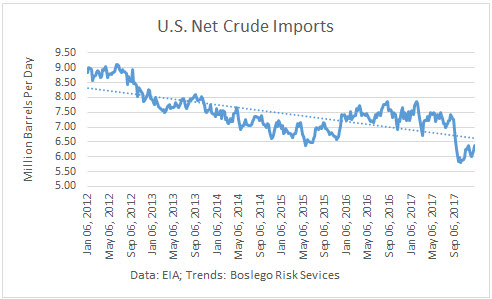 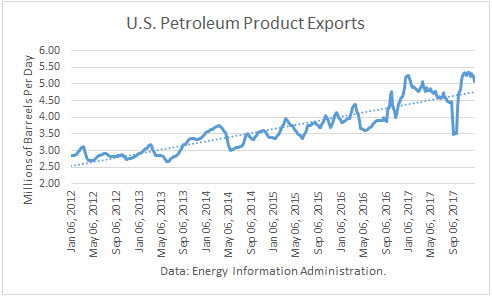 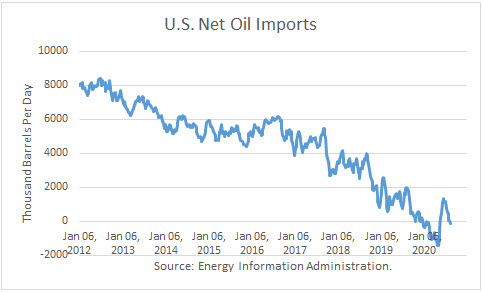 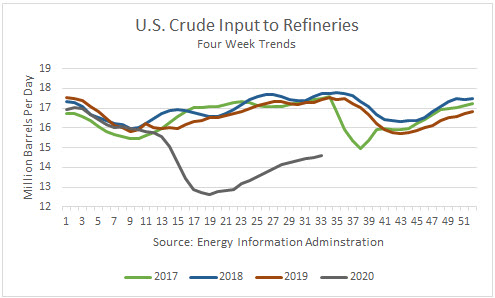 Over the past 4 weeks, crude oil demand exceeded supply by 1.037 mmb/d. 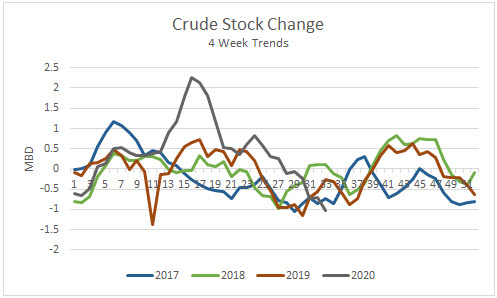 Commercial crude stocks 512.5 mmb are now 74.7 million barrels higher than a year ago. 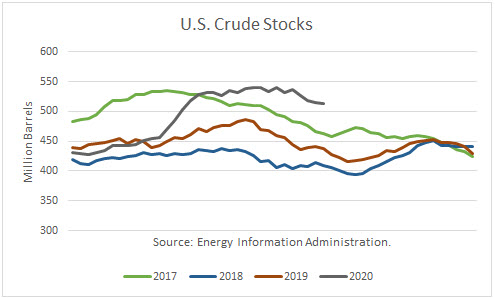 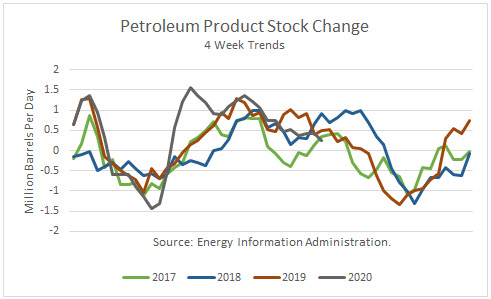 Total U.S. petroleum product stocks at 931 mmb are 61 million barrels higher than a year ago. 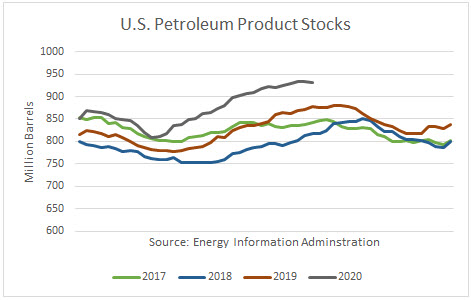 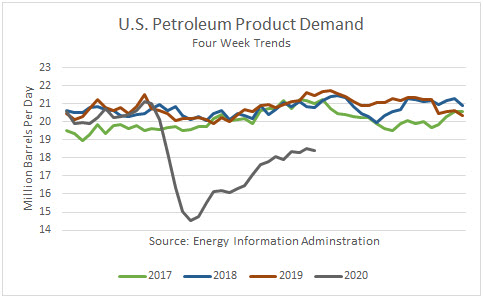 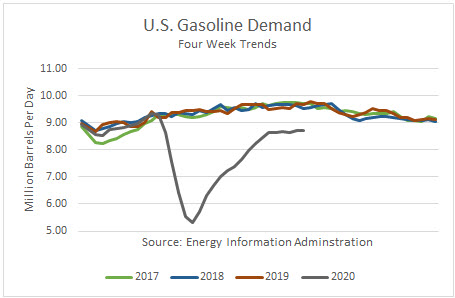 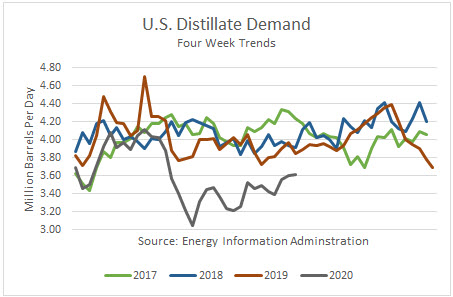 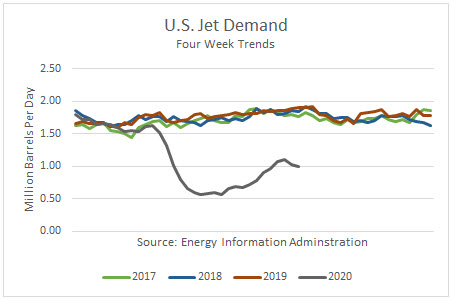 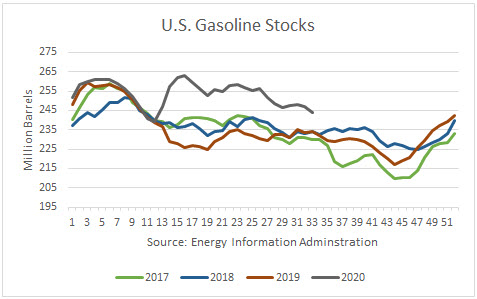 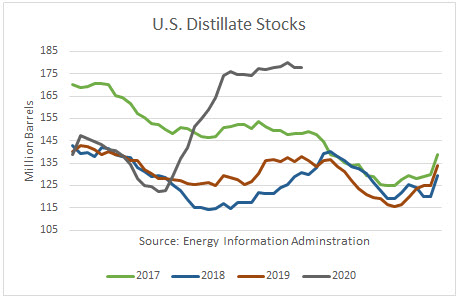 Crude stocks are dropping faster due to relatively low imports and lower U.S. production. But the surplus stands at 75 million barrels and that will take many months to correct.

Petroleum product demand appears to be leveling off, down almost 15 percent from a year ago. The product surplus is a little smaller than the crude surplus but in total stocks are more than 130 million barrels higher than a year ago.

WTI crude prices have stabilized just above $40/b. Blotted stocks are keeping oil prices from rising further and on-going stock correction is keeping them from falling.