According to the Energy Information Administration, U.S. petroleum inventories (excluding SPR) fell by 7.5 million barrels last week to 1.422 billion, and SPR stocks dropped by 0.8 million barrels. Total stocks stand 128 mmb above the rising, rolling 5-year average and about 128 mmb higher than a year ago. Comparing total inventories to the pre-glut average (end-2014), stocks are 363 mmb above that average. 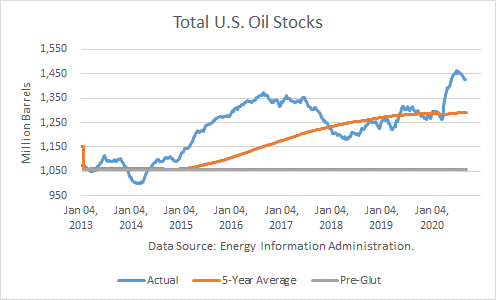 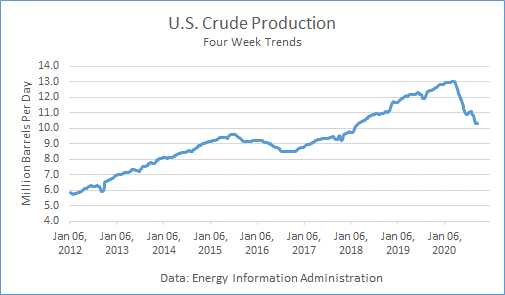 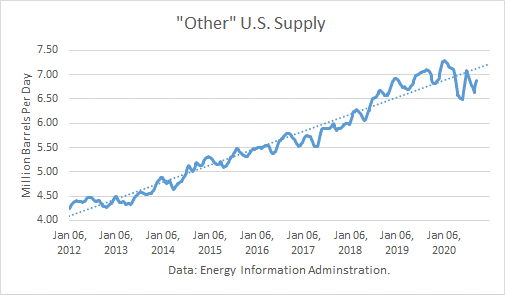 Crude production plus other supplies averaged 17.211 mmbd over the past 4 weeks, far below the all-time-high record of 20.213 mmbd. 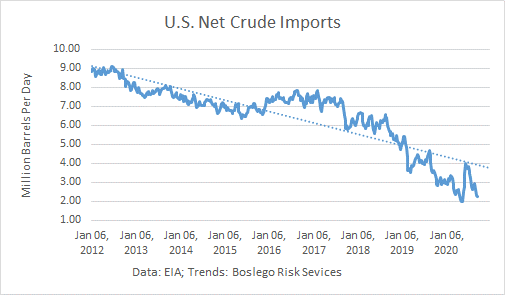 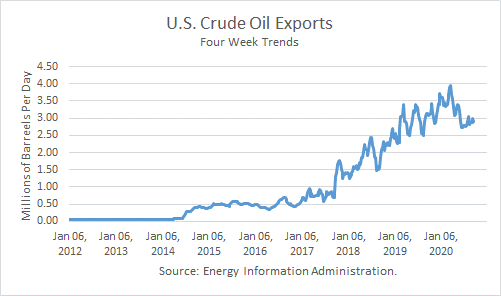 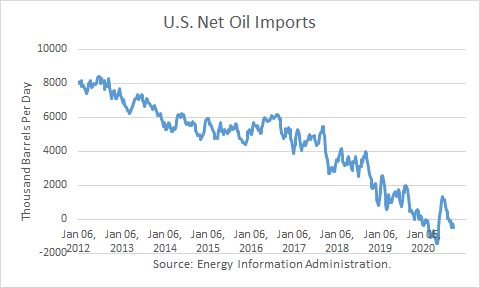 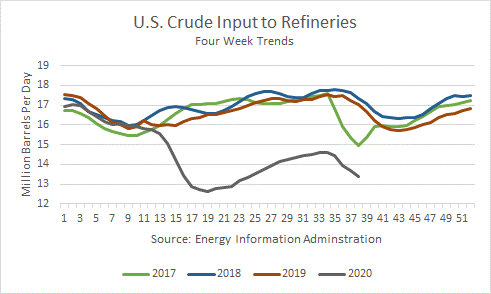 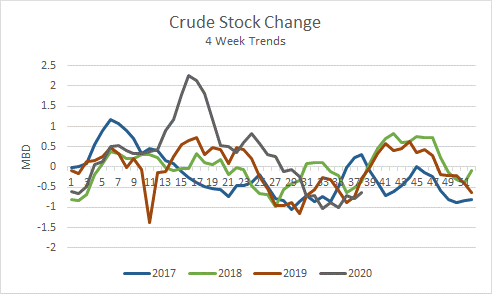 Commercial crude stocks 495 mmb are now 74.9 million barrels higher than a year ago. 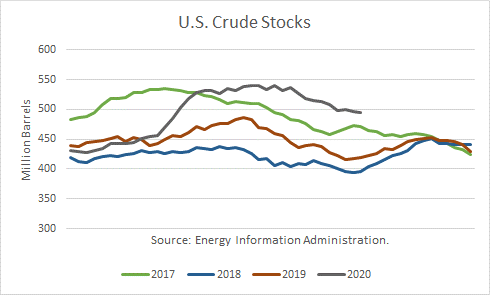 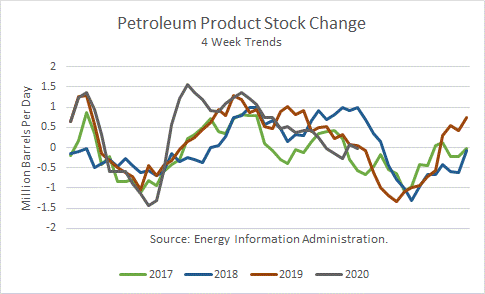 Total U.S. petroleum product stocks at 927 mmb are 49 million barrels higher than a year ago. 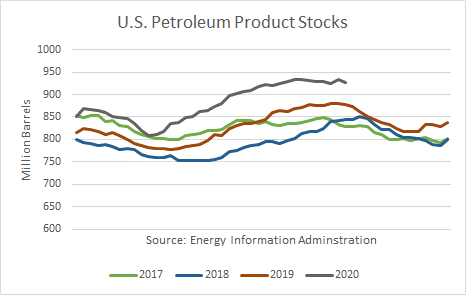 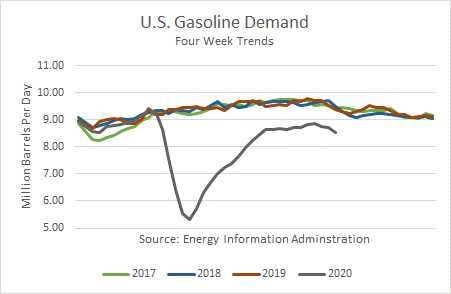 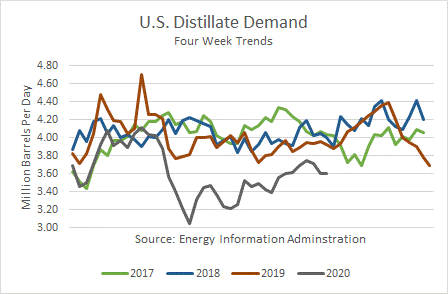 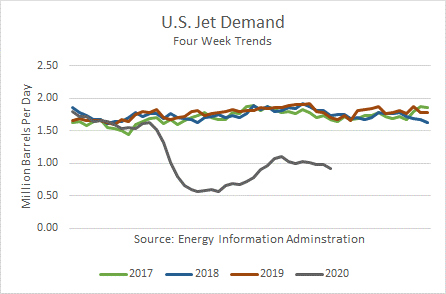 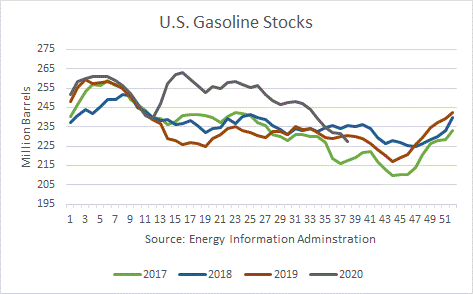 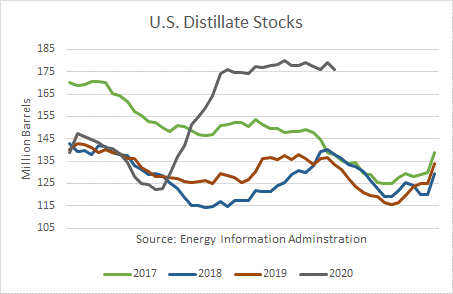 Total petroleum stocks have been correcting lower, but the pace has been much slower than the build-up. The recovery in both crude oil and product demand trends has not only stalled but is reversing.

The only bright spot is gasoline inventories. They are actually slightly lower than they were last year, but that is strictly due to lower supply because the demand trend is 9 % lower than it was last year.