Facebook (FB) is fresh off a strong earnings report, which underscores its massive moat in the social media space. Facebook has faced several public relations challenges over the past couple of years (i.e., Cambridge Analytica, coordinated boycotts, government inquiries into privacy, jumbled earnings calls, and anti-competitive testimonies). Exacerbating these public relation issues has been the COVID-19 backdrop, both domestically and abroad. As companies scale back advertising spending amid the COVID-19 pandemic, Facebook continues to grow across all business segments, with its user base continuing to expand slowly. Facebook’s moat is undeniable, and any meaningful sell-off could provide an entry point for the long-term investor.

Facebook faced a very public onslaught of companies joining an advertising boycott across its social media platforms. However, its latest earnings suggest that this effort may have been largely symbolic and virtually inconsequential to its revenue and growth numbers. The advertising boycott had grown to roughly a thousand groups and multinational companies. This presented a unique challenge that still has the potential to weigh heavier on the company since this boycott will directly impact revenue as overall compliance/security expenses swell. The magnitude of this boycott may inevitably influence the stock price if this movement expands in sheer numbers and duration. However, as advertising spending is abandoned indefinitely until further notice due to this boycott and overall spend slows due to COVID-19, this culmination could cast uncertainty around its stock valuation.

These are blowout numbers across the board, and as expected, Facebook said that its user growth reflects increased engagement from consumers who are spending more time at home. Facebook has 3.21 billion monthly users across its platforms (Instagram, Messenger, and WhatsApp), compared to 3.14 billion in the previous quarter. 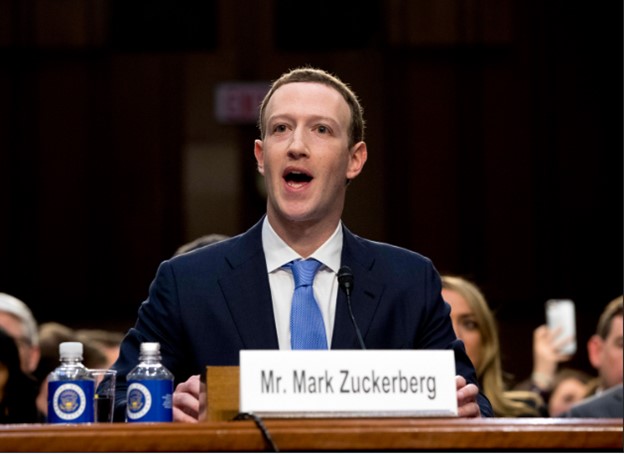 The StopHateForProfit ad boycott did not negatively impact Facebook’s advertising, with ad revenue up 22% compared to a year ago. Additionally, the company now has 10 million active advertisers, up from 9 million in July. Facebook expects its fourth-quarter ad revenue growth rate to be higher than the third quarter, driven by holiday season demand, the company said.

With that being said, it’s noteworthy to point out that international household names such as Adidas, Best Buy (BBY), Clorox (CLX), Ford (F), HP (HPQ), Starbucks (SBUX), Coca-Cola (K), and Verizon (VZ) have joined the advertising boycott across Facebook and its platforms. Total advertisers that have abandoned Facebook and its Instagram properties have now ballooned to over 1,000 total members. Ostensibly, with an undefined timeframe of how long these advertisers will stay away from Facebook, this may dampen revenue expectations.

Learn how to use options to supersize your portfolio returns with Trader Travis’ free training!

The boycott movement may have hurt Facebook in the public relations arena; however, it’s largely inconsequential in terms of an impact on revenue. Wedbush analysts said in a research note that they expected “minimal financial impact from brand boycotts,” given the duration of announced boycotts, the firm expected roughly $100 million of “near term brand revenue is at risk, representing less than 1% of [year-over-year] growth in Q3.” In short, the boycotts won’t be a significant hit, and ad revenue will continue to grow despite the boycotts.

Facebook is now at all-time highs with a reasonable price-to-earnings multiple when compared to its tech cohort. Facebook continues to post unparalleled growth for a company of its size while its platforms are still the go-to properties for advertisers and influencers. If the company continues its path forward on remediating the privacy issues while posting best-in-class revenue growth, it will likely continue to elevate higher. Although Facebook has been the go-to platform for advertisers, this boycott is a wake-up call. The company is working on common ground to appease those involved in the boycott before permanent damage is done to the advertising relationships.

Facebook is attempting to put these issues behind the company by spending billions on initiatives to combat fake news, ensure data integrity, implementing stringent guidelines on third-party data sharing, and overall transparency within its platform. As its recent quarter suggests, increases in costs and expenses demonstrate that the company is serious about tackling these issues head-on and moving forward.

Despite this advertising boycott, this did not negatively impact Facebook’s advertising, with ad revenue up 22% compared to a year ago. Additionally, the company now has 10 million active advertisers, up from 9 million in July. This boycott movement may have hurt Facebook (FB) in the public relations arena; however, it’s largely inconsequential in terms of an impact on revenue. In short, the boycotts won’t be a significant hit, and ad revenue will continue to grow despite the boycotts. Facebook continues to post unparalleled growth for a company of its size while its platforms are still the go-to properties for advertisers and influencers.

Disclosure: The author holds shares in AAL, AAPL, AMC, AMZN, AXP, DIA, GOOGL, JPM, KSS, MSFT, QQQ, SPY, and USO. He may engage in options trading in any of the underlying securities. The author has no business relationship with any companies mentioned in this article. He is not a professional financial advisor or tax professional. This article reflects his own opinions. This article is not intended to be a recommendation to buy or sell any stock or ETF mentioned. Kiedrowski is an individual investor who analyzes investment strategies and disseminates analyses. Kiedrowski encourages all investors to conduct their own research and due diligence prior to investing. Please feel free to comment and provide feedback, the author values all responses. The author is the founder of www.stockoptionsdad.com where options are a bet on where stocks won’t go, not where they will. Where high probability options trading for consistent income and risk mitigation thrives in both bull and bear markets. For more engaging, short duration options based content, visit stockoptionsdad’s YouTube channel.