The Energy Information Administration reported that August crude oil production fell by 401,000 barrels per day, averaging 10.579 mmbd. This follows a 538,000 b/d rise in July and a 2 million barrel per day collapse in May. The August 914 figure compares to the EIA’s weekly estimates (interpolated) of 10.429 mmbd, a figure that was 150,000 b/d lower. 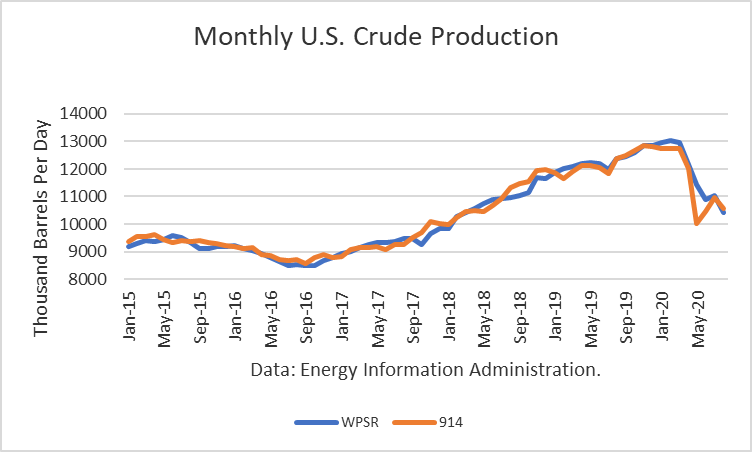 The primary cause of the drop in production was disruptions in the U.S. Gulf Coast due to hurricane activity. USG production dropped by 453,000 b/d from July, and Texas output fell 49,000 b/d, while Louisiana fell by 17,000 b/d.

Rebounds were largest in North Dakota (126,000 b/d) and New Mexico (27,000). Given the huge reduction in May and this reduction in August, production dropped by 1.806 mmb/d over the past 12 months. This number only includes crude oil. Other supplies (liquids) that are part of the petroleum supply rose by 130,000 b/d from a year ago. 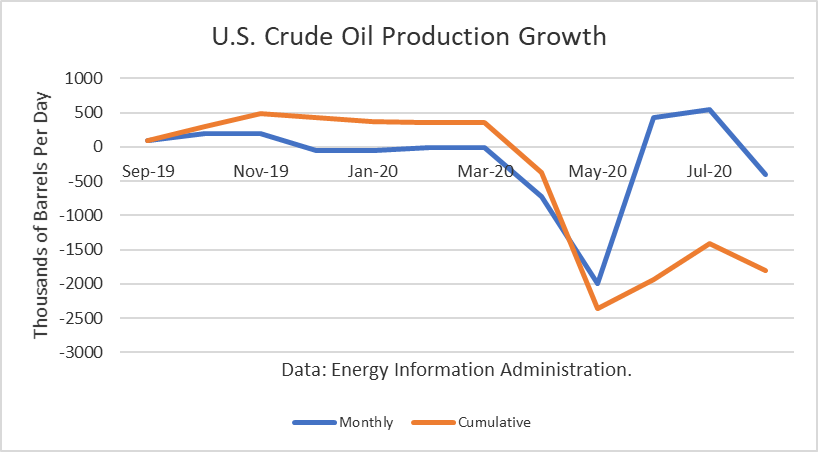 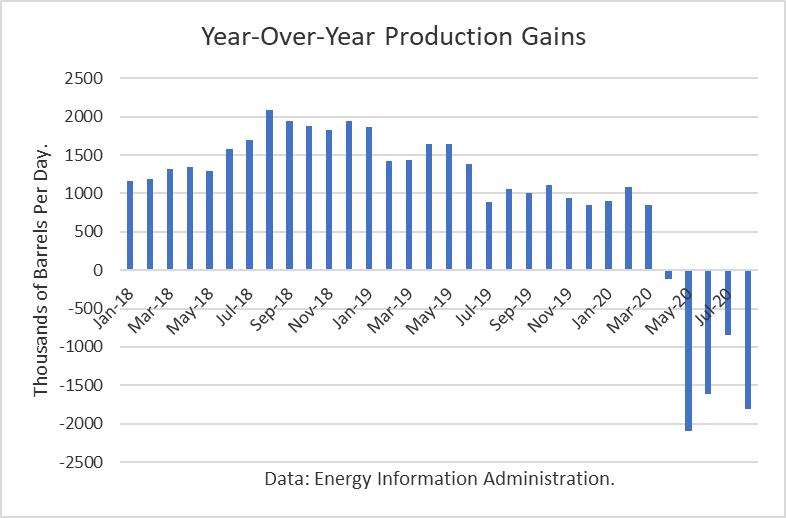 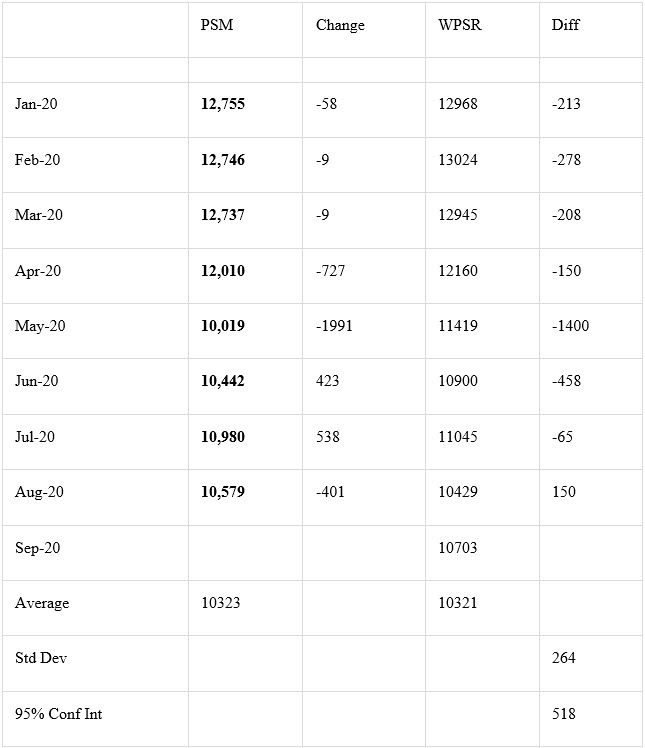 The 914 figure was about 290,000 lower than the 10.870 mmbd estimate for that month in the October Short-Term Outlook. This difference is enough and certain to trigger a “rebenchmarking” to EIA’s model in future production levels at this time. Still, since it was due to estimated hurricane impacts, the model may not be rebenchmarked.

The EIA is projecting that 2020 production will exit the year at 11.020 mmbd. And for 2021, it projects an exit at 11.310 mmbd. These rebounds from the August level are in doubt unless oil prices rise through the forecast horizon, but the demand rebound appears to have stalled, and crude stocks are 54 million higher than a year ago. 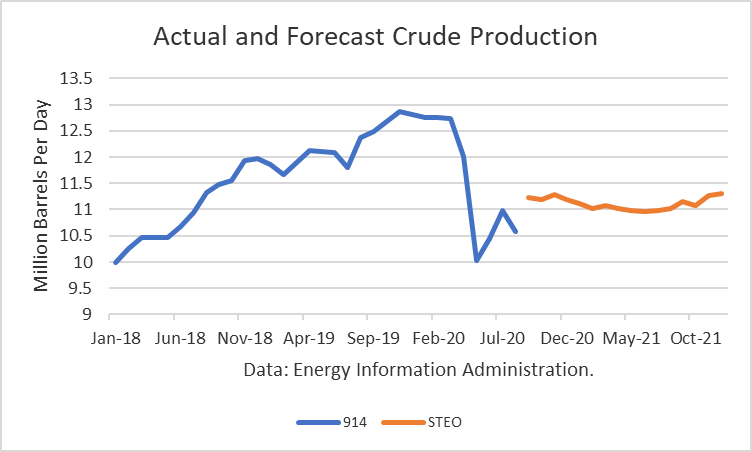 EIA’s model and real-time estimates for hurricane impacts have poor during this period of massive price changes. Therefore, their forecasts for 2020 and 2021 exit levels are suspect, though the 2020 exit is not too much higher than the latest weekly estimate (11.1 mmbd).