According to the Energy Information Administration, U.S. petroleum inventories (excluding SPR) rose by 4.8 million barrels last week to 1.292 billion, and SPR stocks were unchanged. Total stocks stand 2 mmb below the rising, rolling 5-year average and 31.4 mmb higher than a year ago. Comparing total inventories to the pre-glut average (end-2014), stocks are 233 mmb above that average. 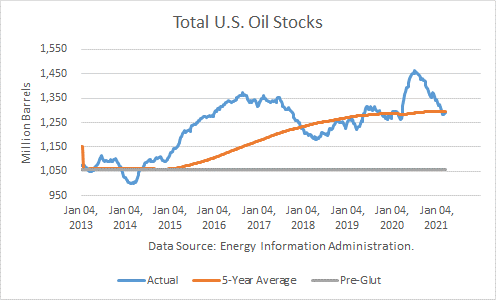 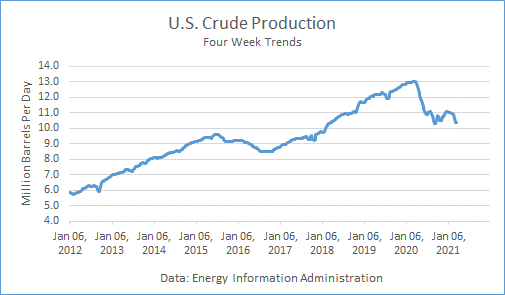 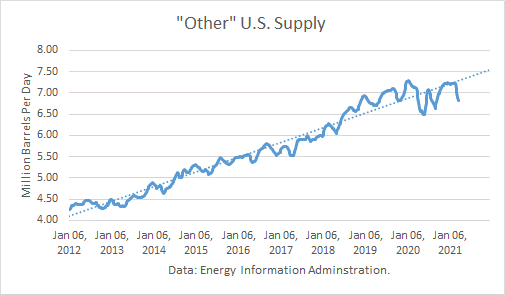 Crude production plus other supplies averaged 17.196 mmbd over the past 4 weeks, far below the all-time-high record of 20.213 mmbd. 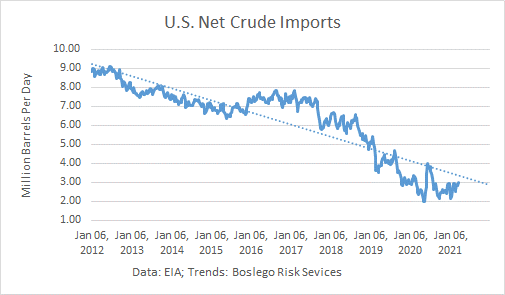 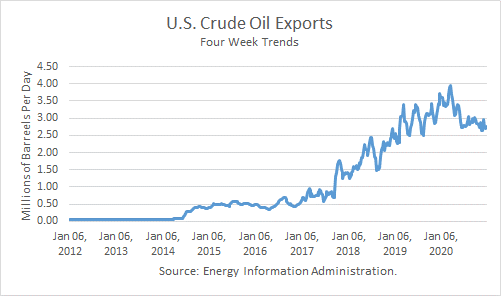 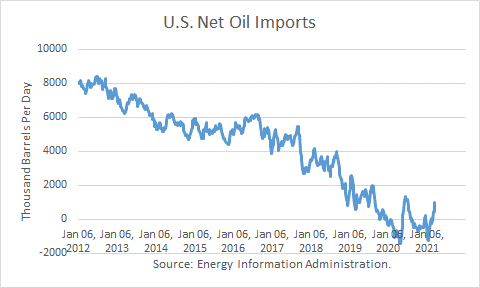 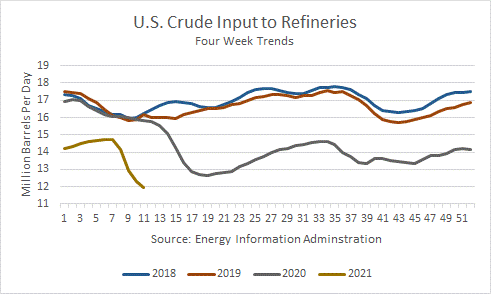 Over the past 4 weeks, crude oil supply exceeded demand by 1.394 mmb/d. 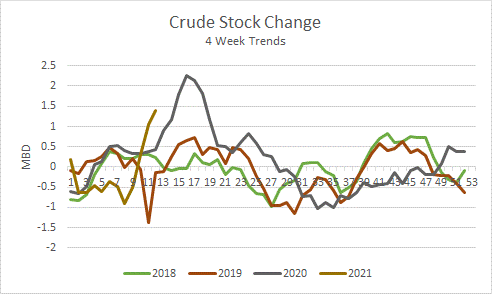 Commercial crude stocks 502.7 mmb are now 47.4 million barrels higher than a year ago. 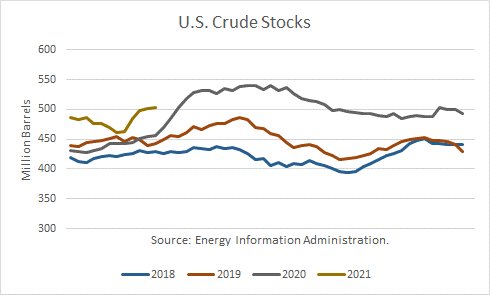 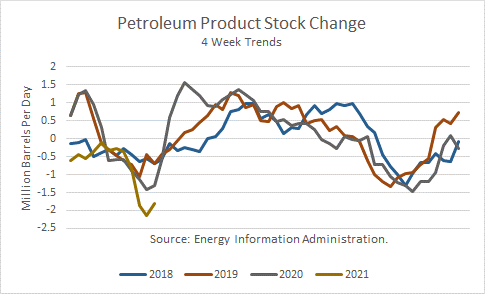 Total U.S. petroleum product stocks at 789 mmb are 21 million barrels lower than a year ago. 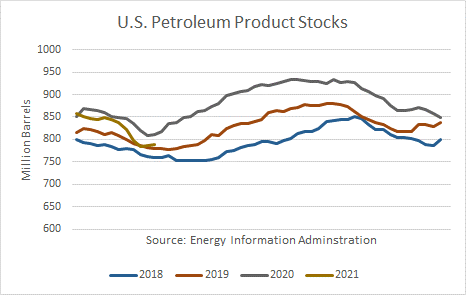 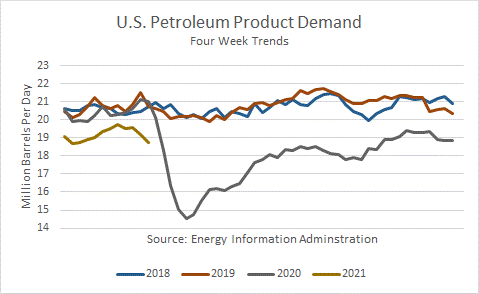 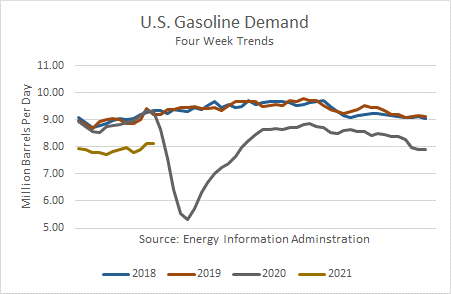 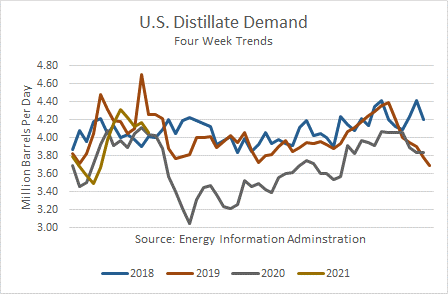 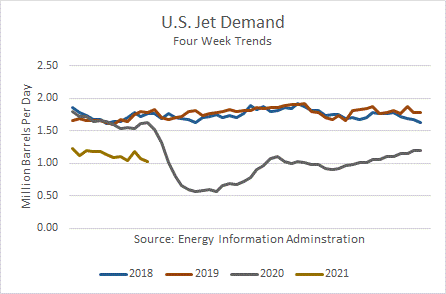 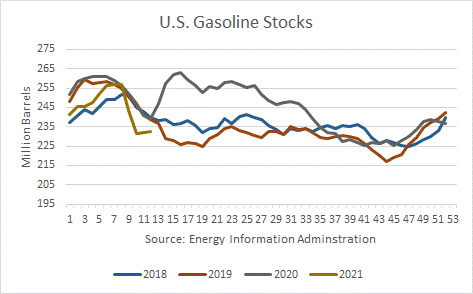 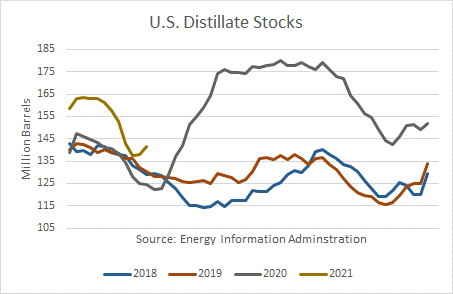 The correction in crude v. petroleum product supplies continued. Crude stocks have a sizable surplus v. last year, whereas products have a deficit.

Product demand has not responded much to changes in pandemic conditions, in which retail businesses can operate more fully. There are no indications that demand will return to pre-pandemic levels in the foreseeable future.