Truth, once again leads our headlines? Over the last two weeks, I have been busting my hump to prepare a presentation for an energy group, having a conference and I really dug deep to pull the data that really made sense for those who don’t ever see all the facts. 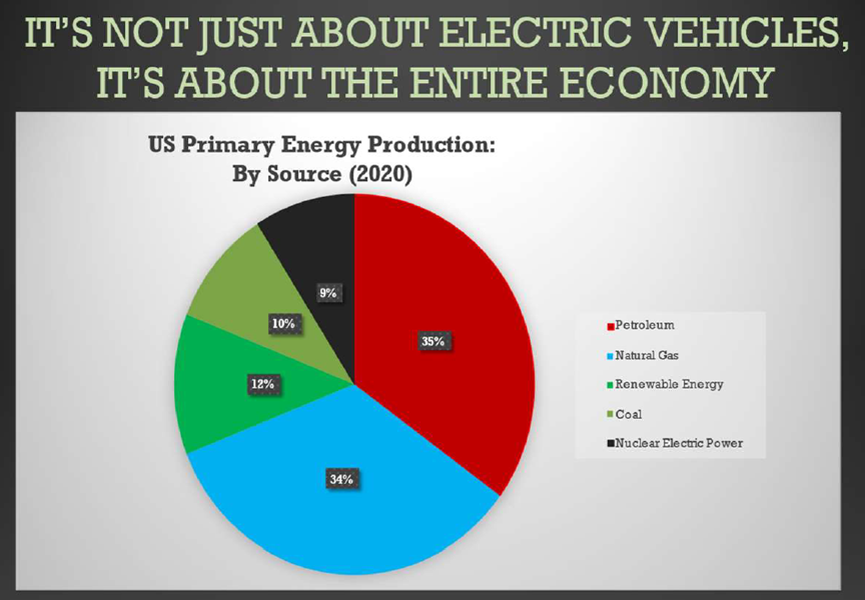 I went to 25 or 30 different sources and grabbed “Snippets” of data to use in my presentation and a solid theme began to develop. The theme was this, it’s not just about the EVs, it’s about the entire energy balance and how many BTUs it would take, to replace fossil fuels in the entire US economy. Here’s how much we produce by sector, each year.

Demand in Quads, by Sector. 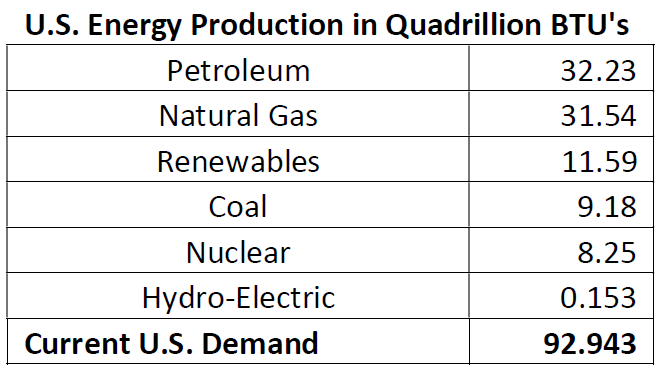 There are some, maybe more than some, who would have us focus just on a tiny section of the energy economy. Activists got “Big Auto” to follow along, convincing them that the world would steer away if they did not follow the activist narrative about EVs.

They then captured the attention of the complicit mainstream media and laid out a set of facts, that made the outcome look troublesome for the fossil fuels, and hid the inconvenient facts, that gave a much more balanced picture. Scare tactics were developed.

The goal of those who do not favor fossil fuels was to focus on one tiny fragment of the energy demand spectrum and blow it up.

By not telling the “whole truth”, the entire outcome changes, and new more bountiful facts begin to emerge. Let’s start with the difference between Electric Vehicles, “EVs” and gasoline vehicles. Here’s a chart that shows basic differences.

If we look at the facts, plus the cost of time that is not considered, then factor in that the infrastructure is not there, currently, to deliver power, when and where you need it all the time.

So, here we are, asking ourselves, how long will it take to build the infrastructure and the production facilities to produce an adequate amount of electricity to move our economy? Not to mention, how many more trillions of dollars will it take to fund this expansion. The tiny sum of $93 Trillion, strikes me as the number many are using to just meet just today’s needs. But it will take more than 30 more years and trillions more, for this transition to occur.

One thought on “Truth Is, It's Not Just About Fueling EVs”