Hello traders everywhere. As we near the end of the summer trading season the NASDAQ is hitting all-time highs each day being propelled by gains in tech which have been led by Amazon and Apple today. The NASDAQ traded over the $8,100 level in early trading and is currently posting about and .80% gain on the day. Will it close out the day at a new record high? 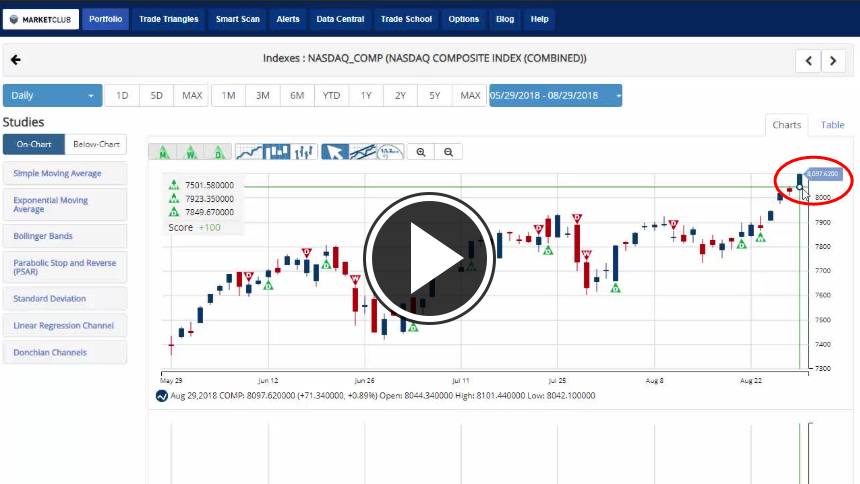 Meanwhile, Apple Inc. (AAPL) is continuing it's month-long march higher which now stands at over +16% on the month. This mover higher is largely due to Apple's services segment which reported sales that reached a record high of $9.5 billion in its recent quarter, up 31% from a year earlier. The services segment currently accounts for 13% of Apple's total revenue. But let's not forget that the company is gearing up for its biggest iPhone launch in four years with expectations to ship 70 million to 75 million units of its 12th-generation iPhone models by the end of the year. That would be Apple's biggest launch since the iPhone 6 series in late 2014.

END_OF_DOCUMENT_TOKEN_TO_BE_REPLACED

Hello traders everywhere. Speaking at the central banks annual Jackson Hole retreat, Federal Reserve Chair Jerome Powell said the central bank's current approach to interest rate hikes were the best way to protect the U.S. economic recovery. In turn, that statement sent the S&P 500 and NASDAQ to record highs in early trading with the NASDAQ hitting $7,949.25 and the S&P 500 hitting $2,876.16. Are the $8,000 and $3,000 levels on tap for next week? 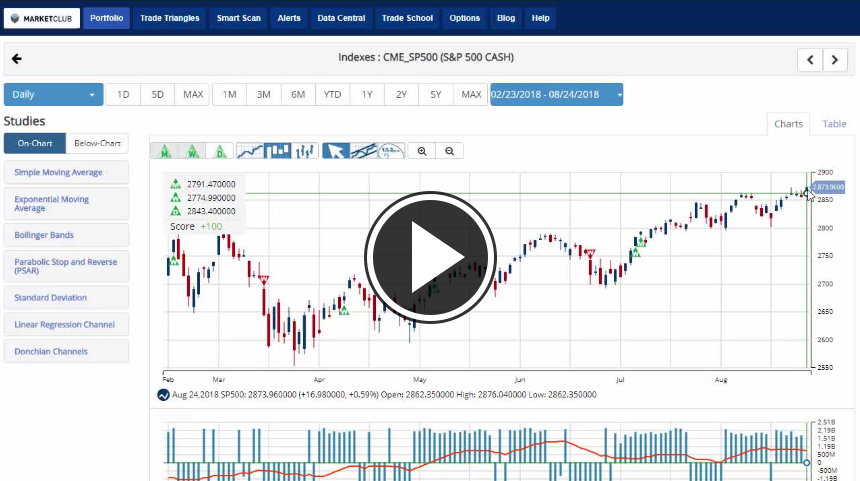 Powell's speech caused the U.S. dollar to retreat further after having a rough week to begin with and now losing over -1% for the week. That move lower gave room for the precious metals, namely gold and silver, and crude oil to head higher. That triggered a new green weekly Trade Triangle for oil indicating that the commodity could be heading higher. But it still has some work o do to break out of the channel that it's been trapped in.

END_OF_DOCUMENT_TOKEN_TO_BE_REPLACED

Hello traders everywhere. Target Corporation (TGT) posted its strongest sales growth in more than a decade posting a 6.5% increase in the second quarter of this year, and the stock price jumped more than 5% in early trading. As my headline states, the Trade Triangles hit the target when it came to Target. A green monthly Trade Triangle was issued a little over a year ago at the $58.65 and with Target trading at $87.44 that's a +48% increase!

Now I'm not going to lie to you and say that I took this trade and made a significant profit, cause I didn't. I remember looking at the Trade Triangle list as I do every day and I saw Target on the list, and I passed on it. At that time I was of the thinking that brick and mortar retail just didn't fit into my trading thoughts as it was struggling. This is indeed a lesson in not overlooking a market because of how you feel about a particular sector. 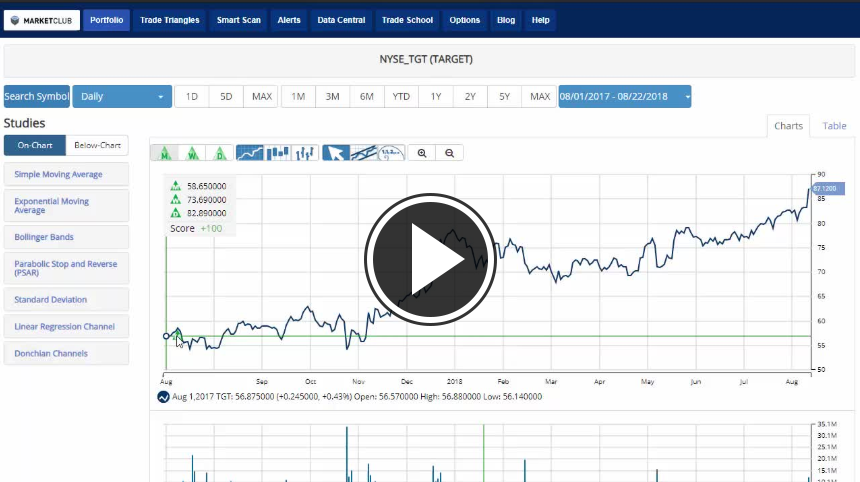 We finally got the record high from the S&P 500 that we've been waiting for with it hitting an all-time high of $2,873.23 before backing off that high and eeking out a +.2% gain on the day. Today the stock market is mixed to unchanged after hitting the record, and that's mostly due to political uneasiness surrounding President Donald Trump and a growing tariff worry as many of the imposed tariffs are starting to affect businesses.

END_OF_DOCUMENT_TOKEN_TO_BE_REPLACED

Hello traders everywhere. After a strong finish to last weeks trading the stock market once again opened within striking distance of the S&P 500's all-time high set on on Jan. 26 of this year. In fact, it was sitting just 15 pts shy of that mark in early trading but has since backed off a touch as we enter afternoon trading. However, that's proven to be a tough level to crack.

The reason for last week's mid-week reversal was due to reports of planned trade talks between the United States, and China raised hopes of a potential resolution in the ongoing trade war. Lower-level trade talks will be held on Aug. 22 and 23, according to the Wall Street Journal, just as new U.S. tariffs on $16 billion of Chinese goods take effect, along with Beijing's retaliatory tariffs on an equal amount of U.S. goods. 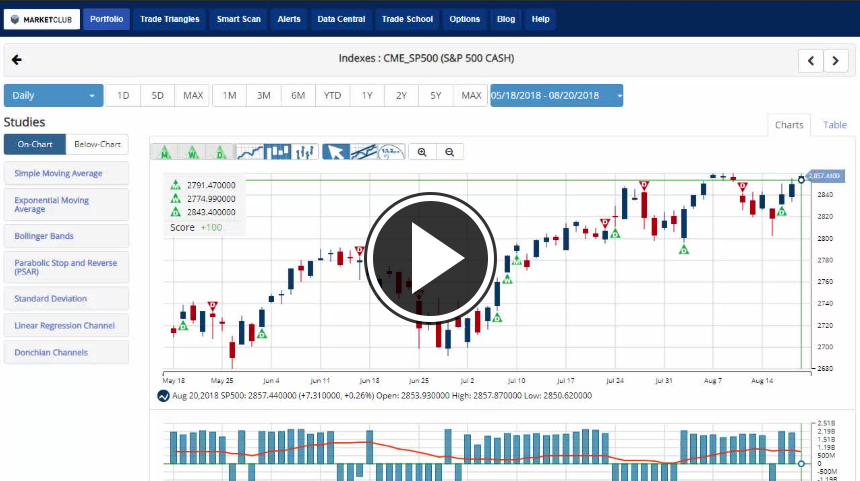 This week could also be record-setting for the U.S. stocks market for another reason. On Wednesday, the bull market turns 3,453 days old. Barring a 20% decline between now and then, some investors believe it would mark the most extended bull market in history while other investors think that the S&P 500 needs to make a new high by Wednesday for it to become the longest bull market in history. No matter what, the S&P 500 is up over 300% in that time. Quite unbelievable! END_OF_DOCUMENT_TOKEN_TO_BE_REPLACED