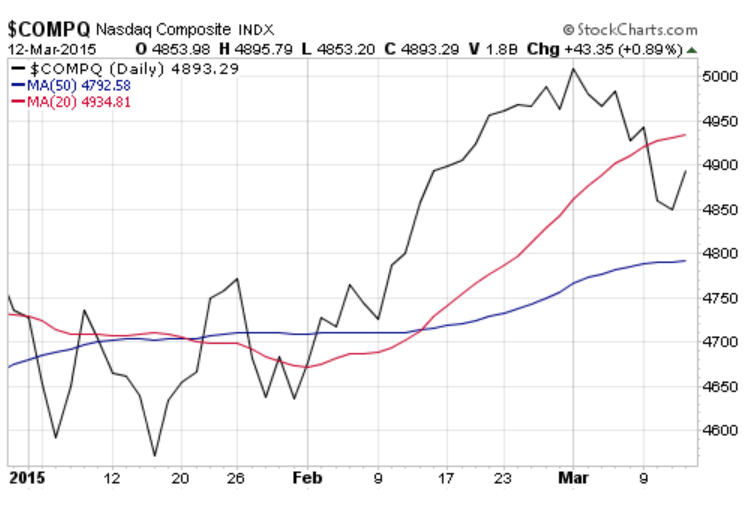 On the surface it may seem as if the difference in performance can be attributed to the fact the the NASDAQ is heavily weighted in tech stocks, but that's not the case.

Here's how each stock sector has performed for 2015: 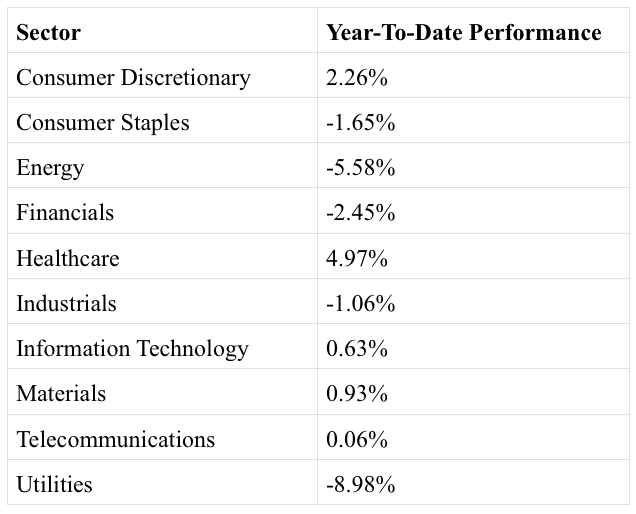 The biggest gainer has been healthcare while consumer discretionary and materials following behind. Based on that, it can't be technology carrying the NASDAQ with three other sectors outperforming it. So what's the secret ingredient?

The rise of small cap dominance

It's not tech stocks that are leading the way right now, it's small caps. The Russell 2000 is up 2.65% year-to-date and appears to have growing momentum behind it. 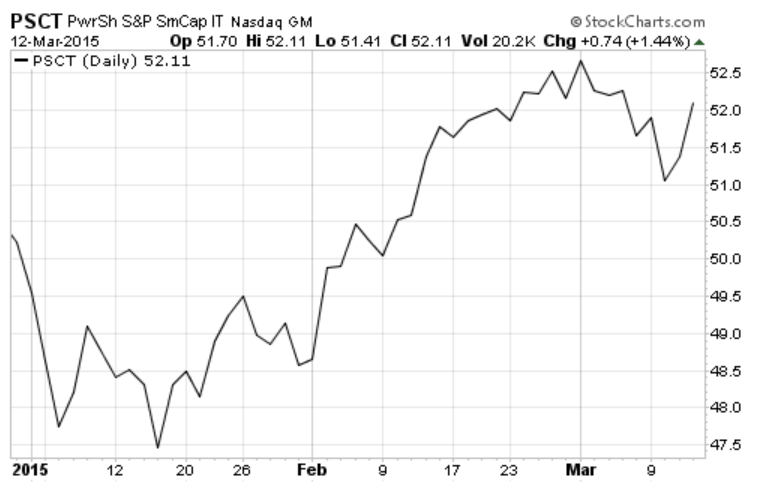 The 20-day moving average crossed over the 50-day in early February, a bullish signal that the index is gaining strength. Since then, it's climbed over 3% despite the recent pullback we've seen this month.

The top three performers in the Russell 2000 align with the top performing sectors so far this year as well:

Still, it looks like there's been a hiccup in U.S. markets over the past few weeks. The news coming out of Europe regarding the ECB stimulus package to be released later this year and the falling euro has spooked investors in domestic markets to pull back and add weight to international holdings instead. But it's actually good news for small caps over the long term.

The surging strength in the U.S. dollar along with the weakness in foreign currencies like the euro and yen may hurt larger firms with overseas operations. Exchange rate risks are going to have an adverse impact on those companies and the higher relative cost of U.S. based manufacturing will hurt earnings for larger firms.

Smaller companies generally have little, if any business overseas and may in fact actually import from foreign suppliers. The increasing spread between the dollar and other currencies will make it cheaper to operate and lower overall costs which will positively impact earnings. The disproportionate strength of the U.S. dollar will help out smaller companies while hurting larger ones.

The other big tailwind that's helping out small cap stocks is the low price of oil. With lower energy prices, companies are able to produce more for the same cost which will boost earnings. Larger companies depend on oil more heavily with increased international exposure while smaller ones have less exposure to international markets and energy.

Finally, small caps are more agile and able to take advantage of niche spaces in the market. They are able to focus on one product or design, especially in the healthcare and technology sectors. Take Second Sight Medical (EYES) for example. The company is involved in medical prosthetic devices for visually impaired patients.

If you're interested in small cap stocks, remember that they are subject to more volatility than their larger counterparts. These stocks tend to be riskier investments and react more strongly to changing economic conditions. Remember to keep your portfolio diversified to mitigate risk and add positions only after you've done due diligence.

One thought on “Here's The Real Comeback Sector of 2015”