The energy market has been a meat grinder for investors during these last nine months. Just look at the nosedive oil prices have taken: 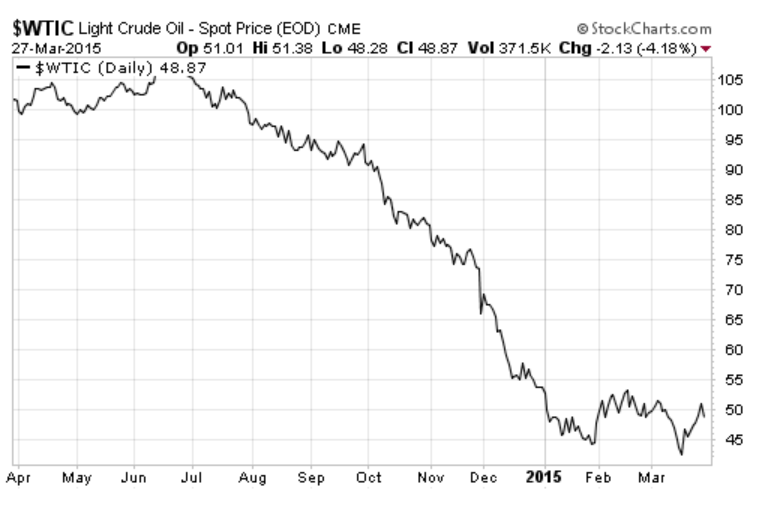 Oil might have led the way, but it took down energy as a whole as well. A quick look at the Energy Select Sector SPDR ETF (XLE) reveals a couple of interesting notes investors should be paying attention to. 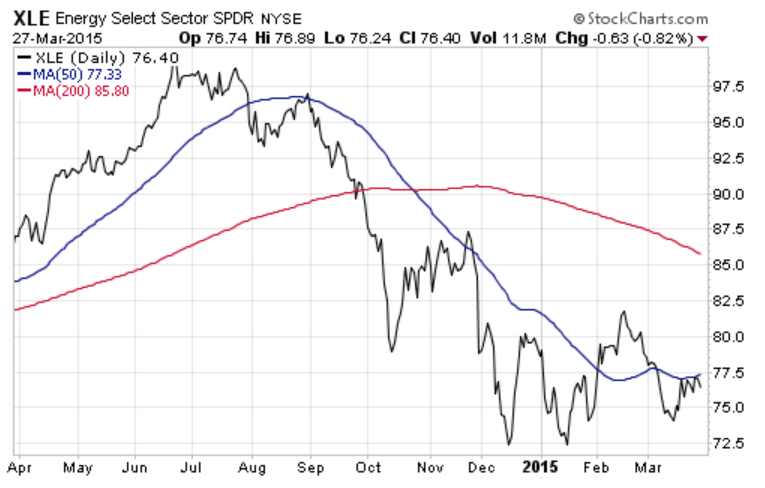 In mid-October, the 50-day moving average crossed below the 200-day moving average, a bearish signal that correctly predicted a further precipitous decline in the energy sector. However, notice how the lines have flattened out and now appear to be reversing course. While it hasn't yet broken out with a clearly bullish signal, it's a good sign that energy might have finally bottomed.

A famed banker Nathan Rothschild said,"buy when there’s blood running in the streets."

But before I'm willing to say that we've finally turned the corner on oil, I want to check out the technical charts as well as the fundamentals.

Oil's biggest driver isn't going to be the global economy

Right now, we're in a supply glut, but the long term overall global demand for oil isn't going anywhere. As drillers continue to cut back and stack rigs, that supply will begin to lessen and bring prices back into balance. Since October of 2014 when the total rig count peaked, the number of active rigs has dropped 49%.

Current oil supply is expected to peak around 480 million barrels this summer but then begin trending lower from there. By January of 2016, current supply levels will equal the 5-year supply average but will continue to fall as rigs start to come back online but won't be producing at full strength yet. According to the EIA, by this time next year, the supply of oil will be 50 million barrels fewer than the 5-year average.

Analysts at Deloitte expect an average price for oil of $62 per barrel for 2015 and increase to the $75 to $80 range after that. With oil currently trading below $50, that means prices are artificially low right now.

The biggest negative impact on oil isn't oversupply issues though – it's the strength of the U.S. dollar. Thanks to the ECB's and BOJ's devaluation policies, the dollar has gained in value as a safe haven asset for investors. When the dollar corrects lower, oil should be the primary beneficiary.

When an industry has been thrown into chaos like the oil industry is in, it always helps to follow in the footsteps of giants like Warren Buffett. Consider buying Exxon Mobile (XOM). 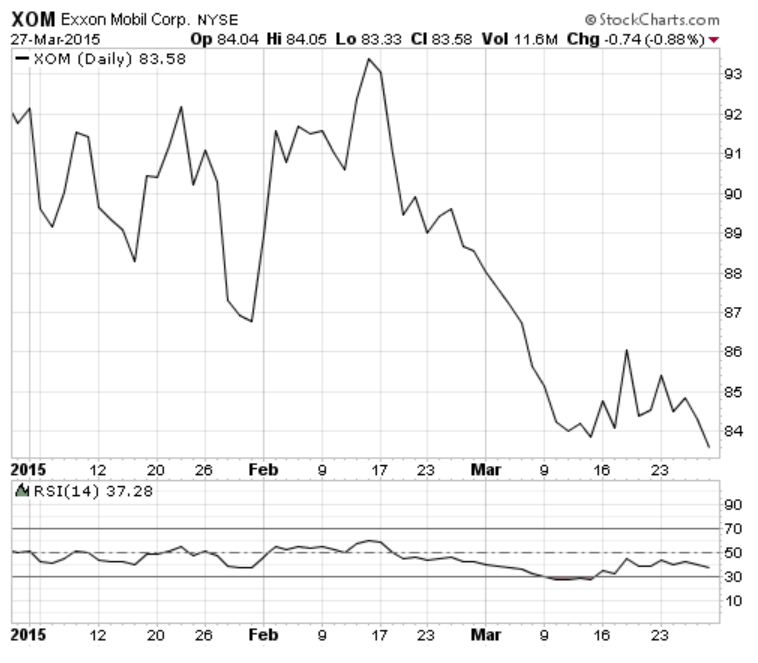 This mega-cap $350 billion oil and giant conglomerate is an energy staple with a solid business and consistent growth. It also looks incredibly undervalued right now. It's trading at just 11.5 times earnings compared to the oil and gas industry average of 16.4 times earnings with an estimated EPS growth rate for the next 3 to 5 years of 3.4%. The oil and gas industry is only expected to grow earnings at 1.1%.

It offers a dividend of 3.30% to help protect investors from downside risk and has raised it for 32 consecutive years making it one of the most reliable dividend paying stocks in the market. Through stock repurchases, Exxon has reduced share count by 4% as well.

Exxon has a strong balance sheet with very little long-term debt liabilities – just $17 billion while current assets stand at around $53 million. Year-to-date the stock is down about 9% but offers plenty of upside potential. It looks oversold too with an RSI reading approaching the critical 30 range. Negative news looks to be already priced into this stock so any recovery in oil prices should send Exxon higher

8 thoughts on “Oil Might Be Down, But It's Not Out – Here's The Long Term Play”