It's important to remember that the perfect time to buy is when there's blood in the water, never has the case been more true than within the microchip industry at its current junction. With only three main players in the manufacturing and design space, a would-be investor needs to ensure that a chipmaker is managing its supply chain tactically, is in a solid geopolitically spot, and is staying ahead of the curve as it relates to both their broad strategy and most importantly, technological advancement.

A Majority Hinges On Who Has The Technological Lead

While the past has taught us that American ingenuity at its finest can still be beaten, as shown by Samsung & TSMC's past leadership in the chip race, Intel Corporation (INTC) is the chipmaker to bet on as we enter the mid-2020s and is a stock that you can likely accumulate for a decade at least if this arena continues to play out as it has. Panning back to their current inferiority in the chip race, Intel's turnover and lack of government support were mainly the contributing factors in granting Samsung and TSMC's lead, allowing them to develop 5nm chips while Intel was still producing 7nm chips (quick FYI, chip advancement is measured by the density of transistors - nm stands for nanometer, this chart below is a fantastic example of microchip generations). 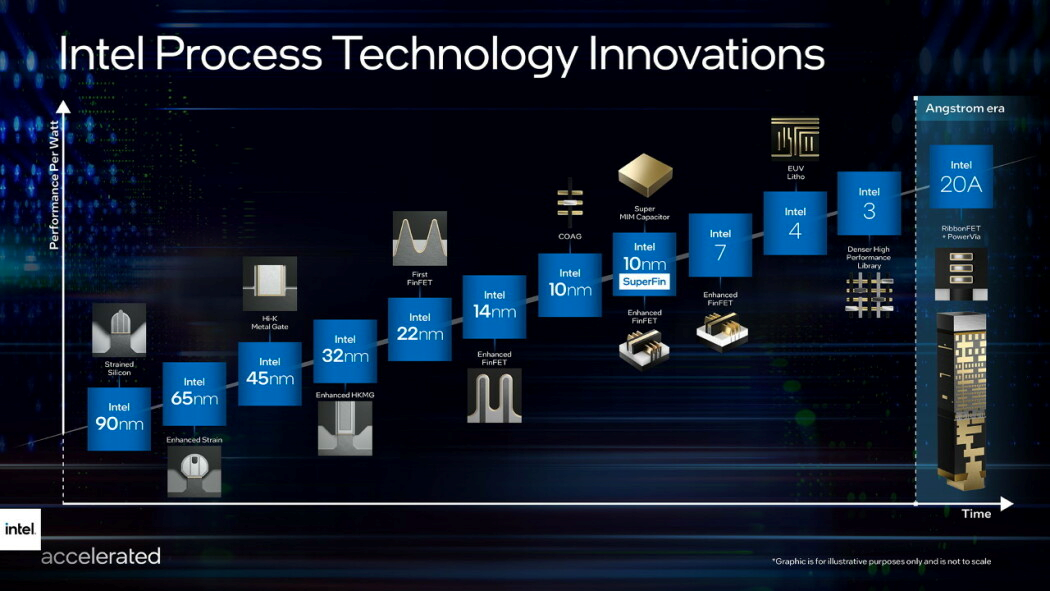 While this would currently place them 5 years behind the competition, Intel's new CEO, Patrick Gelsinger has a radical new plan to launch ahead of the competition; Gelsinger is positioning Intel to completely skip the next generation of chip hardware in hopes of bringing the Angstrom chip to market. It's called this because the chip has 20 'Angstrom' transistor density compared to the in-development 3 and 4nm or (30 & 40a) transistor density chips of Samsung and TSMC. Getting this to market by early 2025 as planned would boost them ahead of others within this arena by 5 years.

Other Industry-Specifics Play A Huge Role As Well

For instance, the factories where chips are made are called microchip fabrication plants (FABs for short), and each one costs roughly two billion dollars to build. However, these plants aren't only used for producing chip designer's own chips, but also ones of other firms in the space... funny enough, Intel is actually one of TSMC's largest customers and vice-versa; for chipmakers, this is called their 'foundry business,' and Intel has put themselves in the best position to grow theirs faster than the competition's by lessening the friction of distance between their fabs and the end client. By contrast, TSMC, which has 4 fabrication plants, is limited by its situation within Taiwan, which presents geopolitical risks alongside the distance to their more western clients; Samsung faces similar issues. On the other hand, Intel has 9 fabs currently operational and another 3 in the pipeline, spread all over the globe to cater to clientele far and wide! 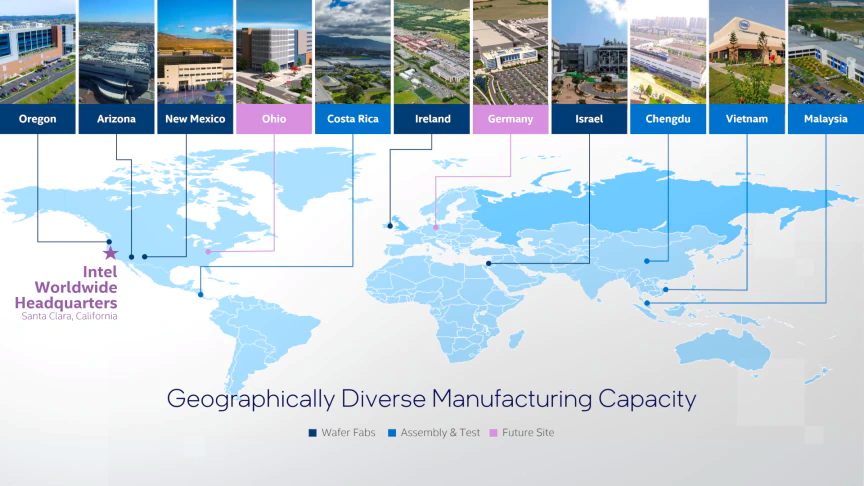 The Government’s Role In Supporting This Crucial Industry

Chip supremacy will have a huge effect on maintaining the world hegemony of nations going forward. Both China and the US deeply understand this; in fact, they've made moves to secure their futures in this arena. For example, while China has reaffirmed its intention to take back Taiwan by 2025, the US has introduced the 'CHIPS' act which features $50B of targeted CapEx project funding for chipmakers looking to build on-shore fabs. TSMC and Intel will both be benefiting from this, with TSMC utilizing this to build a fab right next door to Intel's Arizona location.

As a one-time Wall Street favorite, Intel's fall from grace has unfairly battered them down far below fair value, Intel Corporation (INTC) is trading at a 44% discount from highs and at a TTM P/E multiple of 7, less than half that of their nearest peer! They are ripe to reward an investor making a bet on their turnaround and re-taking of technological leadership. Further to Intel's deep value is their low price to book ratio of only 1.67 and the 3.51% dividend reward they pay at this $42 share-price level. Intel has grown its revenues and EPS by over 2x through the last decade and beat on earnings two weeks ago; for any investor looking to diversify into the space, Intel is the firm to bet on.

As a final note, it's important to remember that the microchip industry should not be thought of as part of the tech sector but instead, as infrastructure, given the ever-growing reliance of every other component of the economy on it; it's absolutely crucial and not investing in this area of the market is one of the largest risks an asset owner could make.

Disclosure: This contributor has no positions in any stocks mentioned in this article at the time this blog post was published. This article is the opinion of the contributor themselves. The above is a matter of opinion provided for general information purposes only and is not intended as investment advice. This contributor is not receiving compensation (other than from INO.com) for their opinion.