Governments all over the world are pushing for a greener future.

The U.S. wants to cut emissions by up to 52%. Europe says it’ll cut emission by up to 55%. China says it will stop releasing CO2 in the next 40 years.

To help, leaders want millions of zero-emission electric vehicles on the roads as of yesterday.

The International Energy Agency (IEA) estimates we could see 135 million EVs in the next 10 years. Analysts at Ernst & Young say EV sales could outpace combustion engines in Europe, China, and the U.S. in the next 12 years.

Unfortunately, we don’t have enough supply to meet demand.

In fact, according to Investing News, “With sales of electric vehicles expected to continue to surge in key markets, demand for lithium is forecast to grow exponentially, and if there’s one thing producers agree on is that more supply is needed. Figures as to how much output will be required vary slightly, but the speed at which the industry has to scale up to reach those levels is unprecedented.”

That being said, I expect to see higher highs for lithium prices, and for related stocks, like Albemarle Corp. (ALB), the industry’s 800-pound gorilla.

Fundamentally, ALB is undervalued, trading with a PEG ratio of just 0.50. With lithium demand only rising, I don’t expect for ALB to remain undervalued for long.

ALB stock is also technically oversold. In fact, if we pull up a one-year chart, we can see the stock just caught double bottom support dating back to April. We can also see the stock is oversold at its lower Bollinger Band, with over-extensions on Williams’ %R, Fast Stochastics, and RSI. 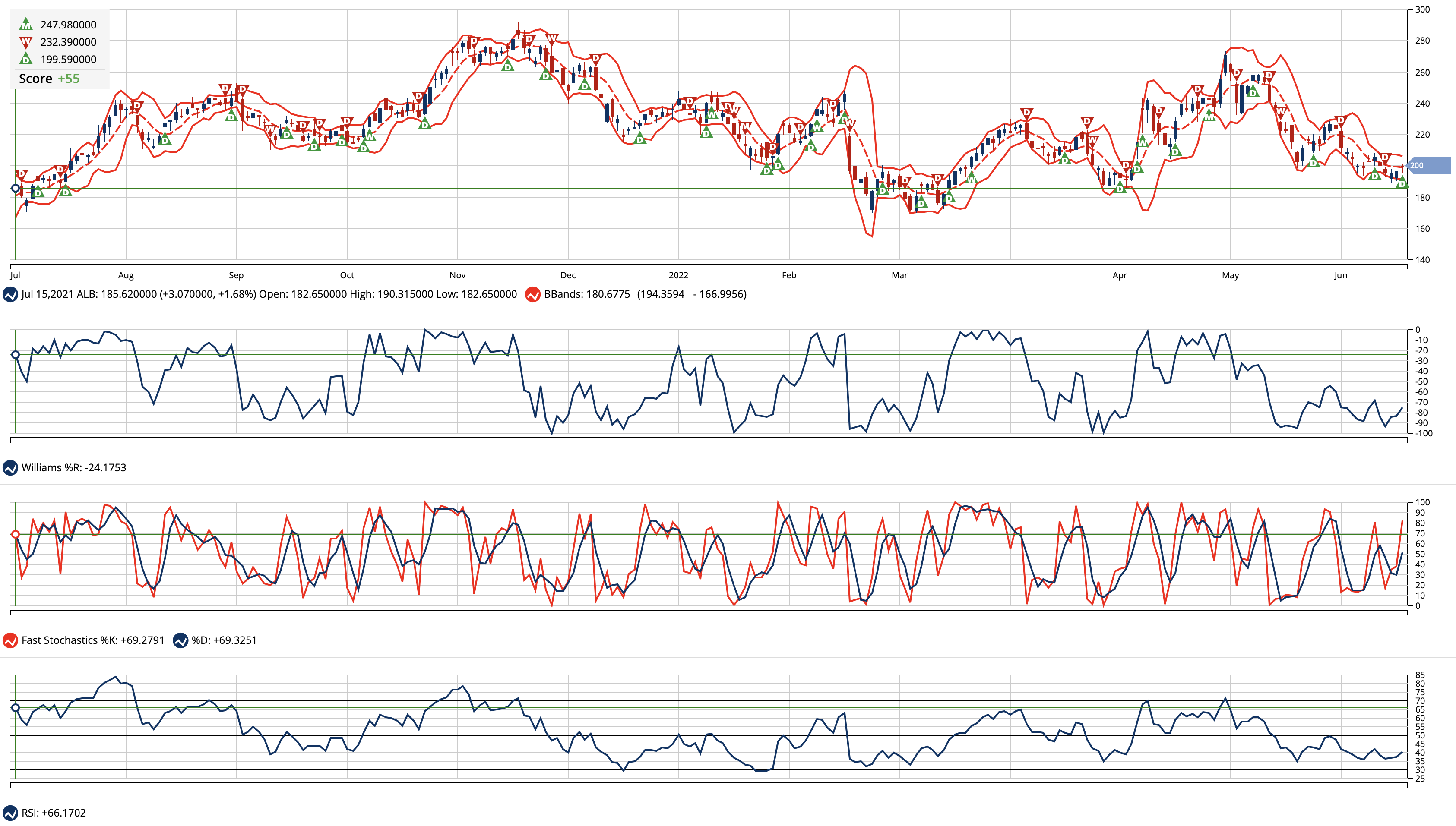 Disclosure: This contributor did not hold a position in any investment mentioned above at the time this blog post was published. This article is the opinion of the contributor themselves. The above is a matter of opinion provided for general information purposes only and is not intended as investment advice. This contributor is not receiving compensation (other than from INO.com) for their opinion.