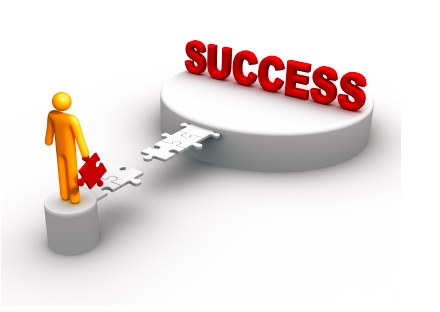 One of the most important tools that a trader possesses is his or her mind. Attitude can make or break you as a trader.

Becoming a successful trader begins with believing in yourself and having a winning attitude. Everyone wants to be a winner, at least they think so. Unfortunately, most are not willing to perform the tasks necessary to become a consistent winner.

Focus On A Trading Goal

Winners generally achieve success by being focused on a goal. Being focused allows winners to remain committed to the tasks at hand. Most winners perform a lot of hard work, including a willingness to deal with sometimes mundane duties. Most of all, winners perform with an "I am responsible for both my failures and successes" attitude.

So, where does the would-be trader start to become a success? By focusing on the tasks at hand. Most of all, treat trading as a business. And, as in any business, money management is critical.

Money management, next to trend, is probably the aspect of trading most overlooked by smaller investors. Man, by nature, is an optimistic creature and the amateur trader often acts instinctively. Unfortunately, this instinct or optimism is often the undoing of the smaller trader.

When a person enters a trade, he does so with the hope that it will be a winner. When the position goes against him, he keeps thinking (or hoping) "it will come back." He knows he should have a stop in place, but hope keeps telling him to stay just a little longer since everybody knows, you always get stopped out the day the market turns. Eventually, hope turns into frustration, desperation and, finally panic which prompts the trader to issue a GMO (get me out) order.

If the trader hasn’t learned his lesson by this point, he develops the "I have to get it back" syndrome. He generally rushes into another poorly planned trade, throwing good money after bad.

A Winning Attitude Can Make The Difference

Winners show several different characteristics. They enter the market knowing they can be wrong and, in fact are wrong as often as they are right. They have learned markets don’t run on hope. They understand markets tell them when they are right or wrong. When a trader is losing money and getting worse, the market is telling them to get out.

Bad Trades​  - A bad trade is like a dead fish, the longer you keep it, the worse it smells.
Good Trades - When a trade is making money, the market is telling them they are right and to let the position ride.

Winners don't add to, or "average," losing positions. They dump the trade and go looking for a new opportunity. Successful investors may add to the winning trades. When ahead, they press their advantage while remembering that at any time the market can turn on them and prove them wrong.

In trading, keep your mind clear and do not get emotional about a trade. Remember you are not married to a stock, consider it more of a dating game.