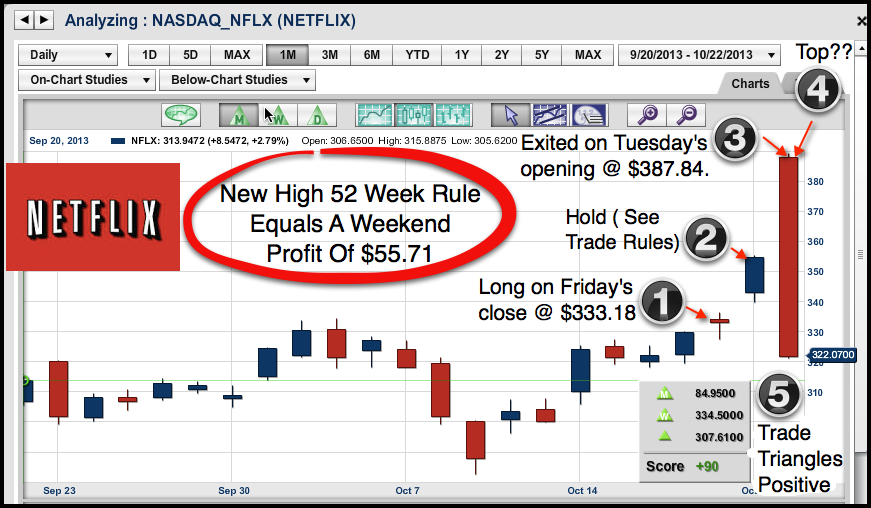 The market action in Netflix yesterday suggests that for the moment this stock has put in a fairly significant top. While all of our Trade Triangles continue to be in a positive mode, yesterday's market action created a "negative engulfing or bearish engulfing pattern." A top will be confirmed should Netflix close lower today.

While the major trend in Netflix continues to be positive, it is going to take some time for this stock to repair the technical damage that was created on Tuesday. I would not be surprised to see this market quiet down and begin to regroup after yesterday's massive $68 trading range.

Several of the major stocks I discussed in last Thursday's post became great examples of a "52-week new highs on Friday" trade.

Here are the three rules you need to make a "52-Week New Highs on Friday" trade:

Rule #2: Exit long position on the opening the following Tuesday.

As always, I appreciate your comments and questions, so please feel free to leave them on this blog.

Every success and have a great day,

4 thoughts on “Is It All Over For Netflix?”