Today's lesson considers three ways to identify price support and resistance in the markets you trade.

These examples are adapted from Jeffrey Kennedy's Trader's Classroom service. 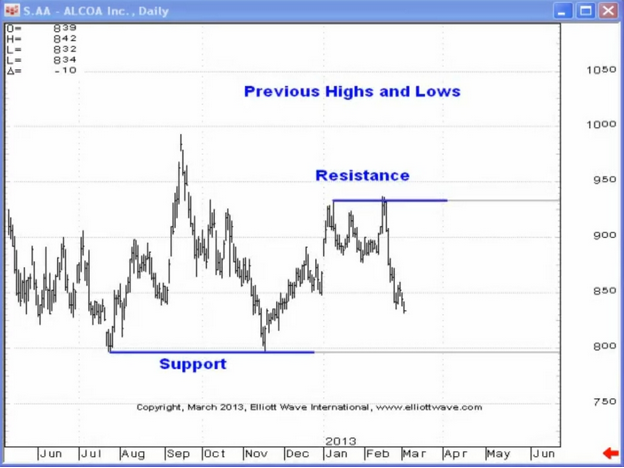 The February 2013 peak occurred following a test of resistance at the January peak at $9.33.

The 2008 advance in Gold found support numerous times near the trendline that connected the lows of the move, as you can see below: 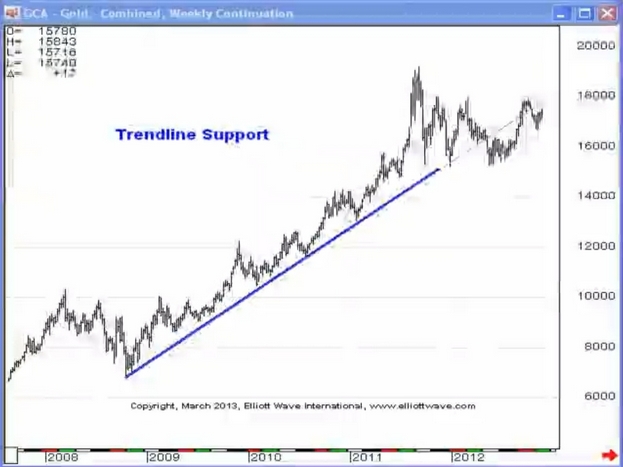 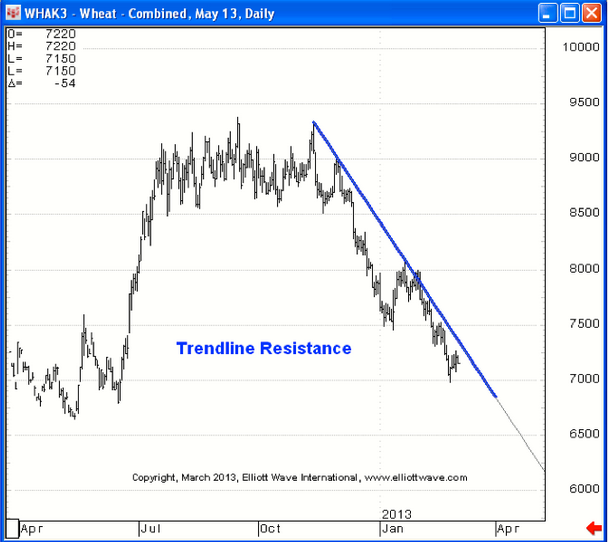 3) Fibonacci ratios also identify resistance and support. As Elliotticians, we often look at retracements, the most common being .382, .500 and .618. In Akamai Tech, Fibonacci support ignited the July and November 2012 rallies: 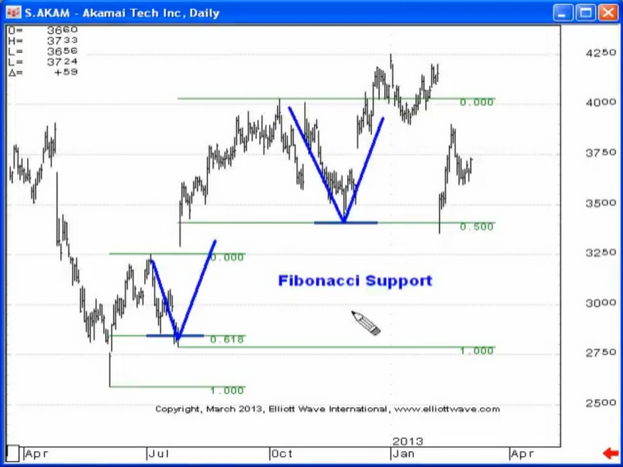 In the same chart you can also notice how Fibonacci resistance in AKAM halted the July 2012 and February advances. 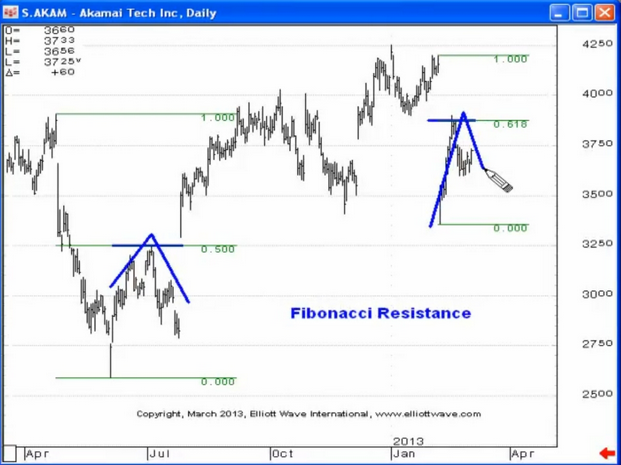 For more free trading lessons on trendlines, download Jeffrey Kennedy's free 14-page eBook, Trading the Line -- 5 Ways You Can Use Trendlines to Improve Your Trading Decisions. It explains the power of simple trendlines, how to draw them, and how to determine when the trend has actually changed. Download your free eBook.