No doubt the most dramatic event of the FX market this past week was the ECB decision. Draghi, it seems, has finally "cut the mustard." He delivered a powerful response to the latest softness in Eurozone inflation. Essentially, the ECB expanded its QE program to €80Bln of purchases a month and pushed the deposit rate lower into negative territory. But if you expected these moves to play right into the bears' hands (as it has in times past) you might be in for a surprise.

Eurozone: The Good vs. Bad

When the Euro ended up higher in the aftermath of the ECB decision many were caught off guard. Some claimed the Euro's reprieve was the result of Draghi's rhetoric which suggested no more "bazookas" anytime soon.

But what seems more probable is that Draghi's words might just be the consequence rather than the cause. That is the consequence of some green shots that had started to appear in the latest Eurozone data. Those readings suggested that printing money until the apocalypse was not necessarily needed. That's what we call the "good news."

Below are two important indicators for the Eurozone; the balance of trade and industrial production. Both indicators are keenly scrutinized for this export-oriented region.

The balance of trade figure has upticked higher and reaffirmed its rising trend from 2012. This suggests that the Eurozone exports more goods than it buys.

When compared to industrial production, it becomes clear that it is trending higher in the Eurozone, as well. That reaffirms the brightening picture painted by the balance of trade numbers.

Nevertheless, some other groups of indices more associated with sentiment continue to deteriorate. Core Inflation, while derived from hard data, is certainly sensitive to sentiment, plunging again to 0.7% YoY. Additionally, the Eurozone's Composite PMI and the ZEW Economic Survey keep moving south.

That combination of good data and bad sentiment painted a murky economic picture of a very fragile Eurozone recovery. And of course, many fear that that recovery will be one which could fade easily.

How It Plays For The Euro

So, let's get to the key question that everyone wants to be answered... why did the Euro surge? Because what Draghi did was tip the scales into recovery. With negative sentiment weighing on recent improvements, Draghi's move is simply the "nudge" needed to get the wagon up and out of the mud.

In truth, the effectiveness of QE nowadays and over the long term is doubtful. Nearly all of the major economies (except the US) use QE. As a result, it doesn't have the same "kick" as it once did. But what it is still effective at is boosting sentiment. It literally has cleared the road for a Euro rally. As the EUR/USD chart suggests, investors are willing to take that road, even if it means hitting a brick wall later on. 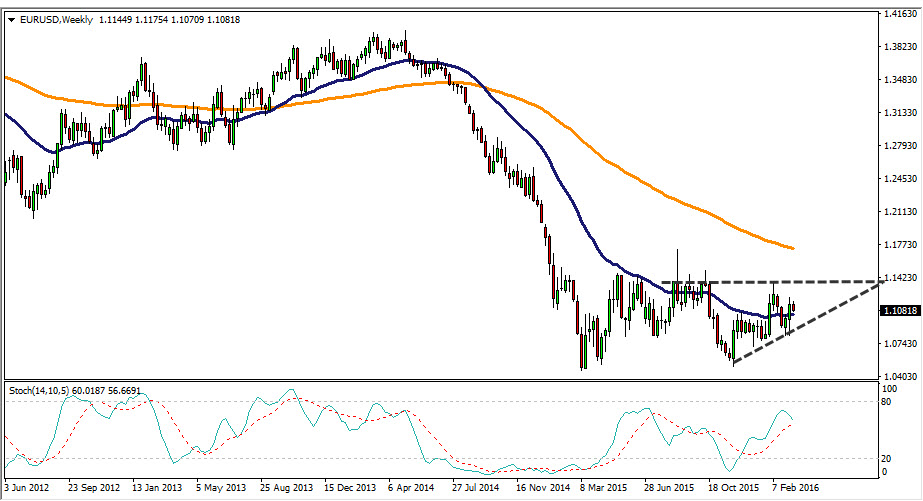