Winning a license to sell cannabis in Canada is a lot like winning the lottery. It’s an immediate pathway into an untapped $5 billion market.

However, just like the lottery – it’s not easy to get one of these permits.

Four years after Canada updated its domestic cannabis laws – only 97 companies have been licensed. Around 30 of those companies are publicly traded and control around 45 permits. 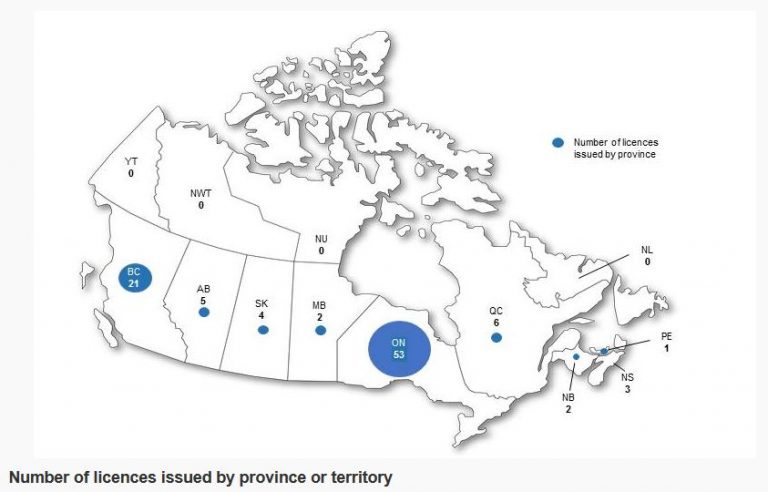 Today – I am going to reveal the most recent winner of Canada’s cannabis permit lottery.

With a market cap of just $84 million, this is one of the smallest public Canadian cannabis companies. By comparison, Canopy, the largest company in the sector, has a market cap around $5 billion.

Despite its smaller size, the company is making big moves to cash in on Canada’s legal cannabis market.

Hiku announced its wholly-owned subsidiary DOJA had received an amendment to its license from Health Canada to include the sale of dried cannabis, cannabis plants and seeds, effective April 6, 2018.

This is a nice win for Hiku that I expect to drive renewed interest in shares.

FUTURE LAB is also a play on the high-growth cannabis oils market.

On March 7, FUTURE LAB submitted its application to Health Canada for the production of medical cannabis oils at its second site facility in Kelowna, British Columbia.

The new facility is expected to increase DOJA’s production capacity to over 5,000 kg of dried flower and is expected to be completed by the end of 2018.

Here’s more from the press release.

“The License gives Tokyo Smoke the ability to operate legal retail cannabis stores and an online cannabis sales platform in Manitoba. Hiku plans on participating in future licensing processes across the country under the Tokyo Smoke and DOJA brands and growing its national retail footprint.”

As you can see, Hiku’s companies are making big moves to get ready for the $5 billion recreational market.

Shares are up almost 200% Since Going Public

Hiku began trading on the Canadian Stock Exchange in August on 2017 around $0.50.

Shares jumped higher with the broader cannabis sector in late 2017 and early 2018.

Shares are still up almost 200% from the IPO last summer, but down 60% from the 52-week high. The relative strength index below the chart is the most oversold ever. 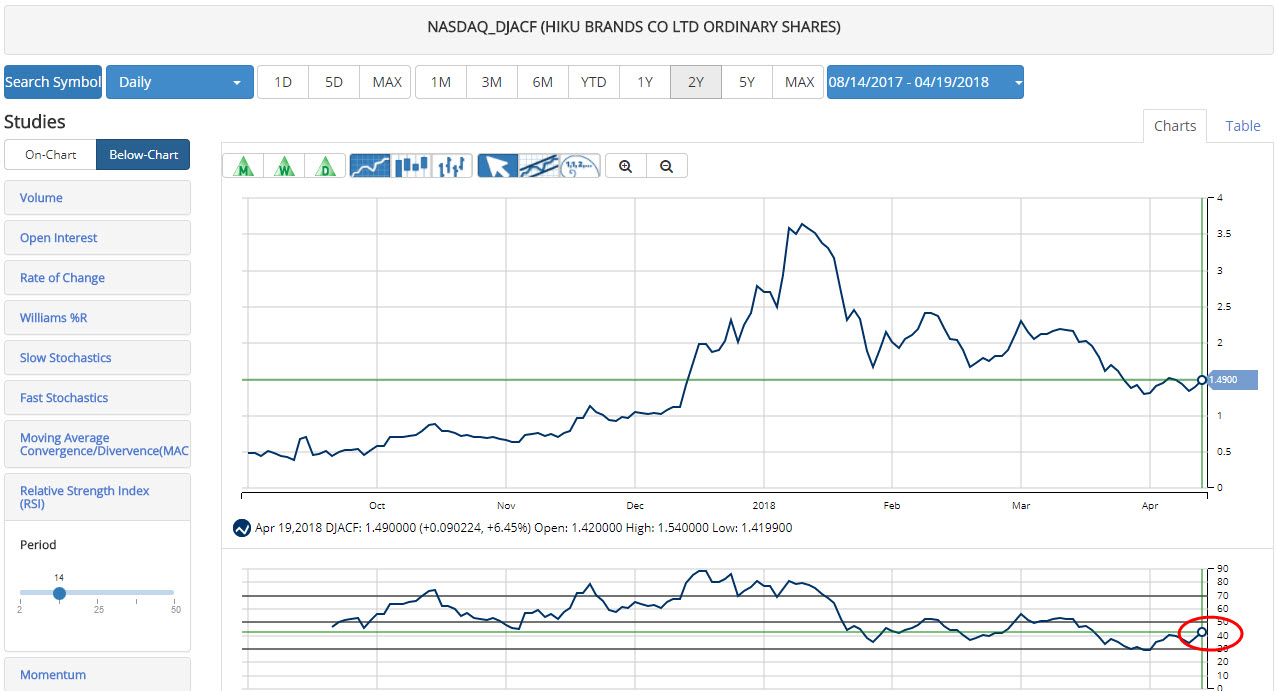 This is still an early stage cannabis company with little revenue. Although I expect that to change with its new projects coming online, DOJA needs to execute its growth strategy.

Hiku is a one of the smaller Canadian cannabis stocks. But I see plenty of reason for optimism. The recent sales license puts the company in a position to capitalize on recreational cannabis. I also see Hiku as a great acquisition for a larger industry player such as Canopy or Aphria.