Warren Buffet is the most successful investor of all-time. His net worth of $84 billion makes him the third richest person in the world.

This is good advice for the cannabis sector right now.

After posting huge gains in 2017, the global cannabis sector fell into a bear market in the first quarter of 2018.

However, despite that short-term weakness, the long-term picture for the cannabis industry and cannabis stocks has never looked better.

Cannabis stocks got off to a blazing start in early 2018. Since climbing to an all-time high, the sector spent most of February and March trickling lower.

The Canadian Cannabis Index fell 15% in the first quarter.

The industry’s weakness was slowed by two short-term speed bumps:

Canadian cannabis stocks saw huge gains in 2017, with the Canadian cannabis index jumping more than 300% in the second half of the year. This pullback resulted from shorter-term traders taking quick profits off the table.

U.S. cannabis stocks are battling a restrictive legal environment where medical and recreational cannabis are both still illegal at the federal level. The U.S. cannabis industry is growing quickly, but this legal uncertainty has prevented billions in fresh capital from flowing into the industry and into stocks.

However, despite the weakness and these are short-term speed bumps, Warren Buffet’s advice tells me this is the time to be aggressive.

I see two major triggers directly on the horizon:

Cannabis stocks have been weak in the first half of the year for the last two years. What we see this year is a continuation of that pattern. Just like 2016 and 2017, I expect cannabis stocks to reverse and close the year with big gains.

Canada is set to become the first developed country in the world to legalize recreational cannabis this summer. This is expected to unleash billions in new sales, making legal cannabis one of the fastest growing industries in North America in the next five years.

Despite the strong outlook, many early cannabis industry leaders and potential future global leaders, are trading at a rare discount to recent 52-week highs.

For example, Canopy Growth Corp (TWMJF) is the largest cannabis company in Canada and one of the largest in the world. The company is in position to be a domestic leader in Canada’s high-growth recreational cannabis market. Canopy is also rapidly expanding into international markets in Europe and Australia – creating a huge new potential source of revenue. Canopy should benefit from first-mover advantage and low-cost production.

Despite the promising outlook, shares of Canopy are trading at a 40% discount to the 52-week high from late 2017. 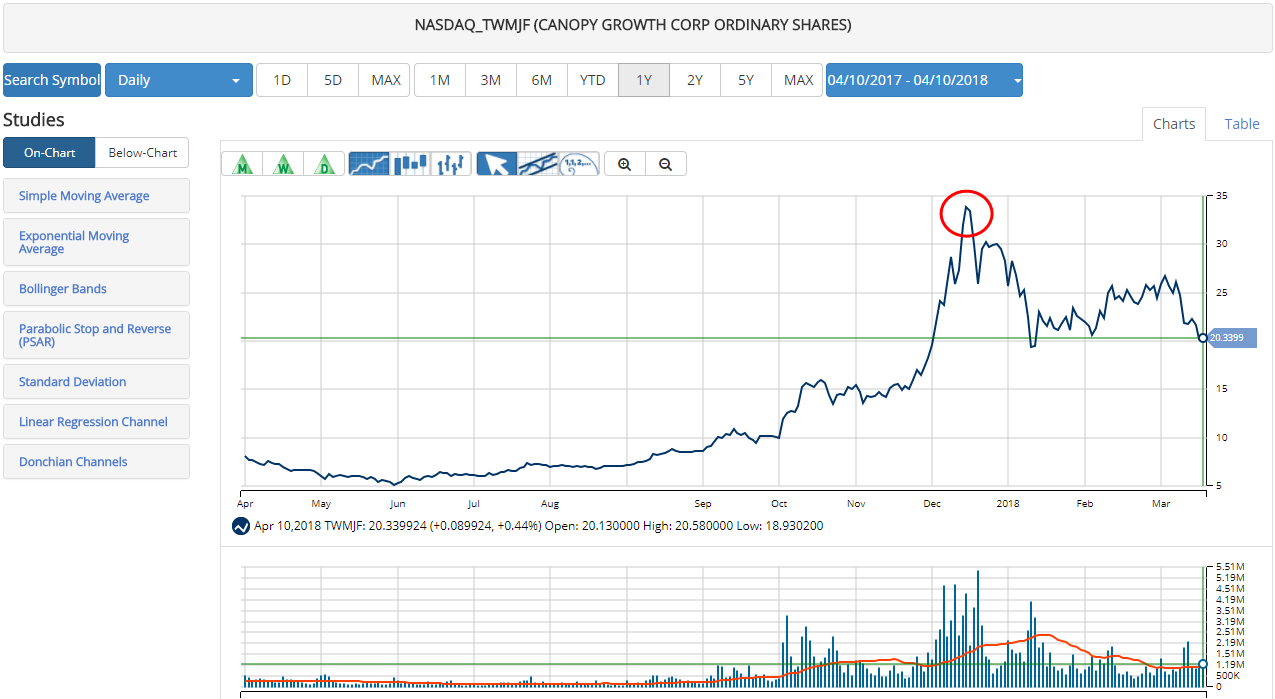 GW Pharmaceuticals (GWPH) is one of the most promising cannabis biotechs. The UK-based company is in hot pursuit of the world’s first cannabis blockbuster drug. GW is expecting a critical update from the FDA in the first half of 2018 regarding their product Epidiolex, a drug candidate to combat symptoms of epilepsy. Good news should give shares a big boost.

In the meantime, with the broader cannabis sector selling off, shares are trading at a 21% discount to the 52-week high. 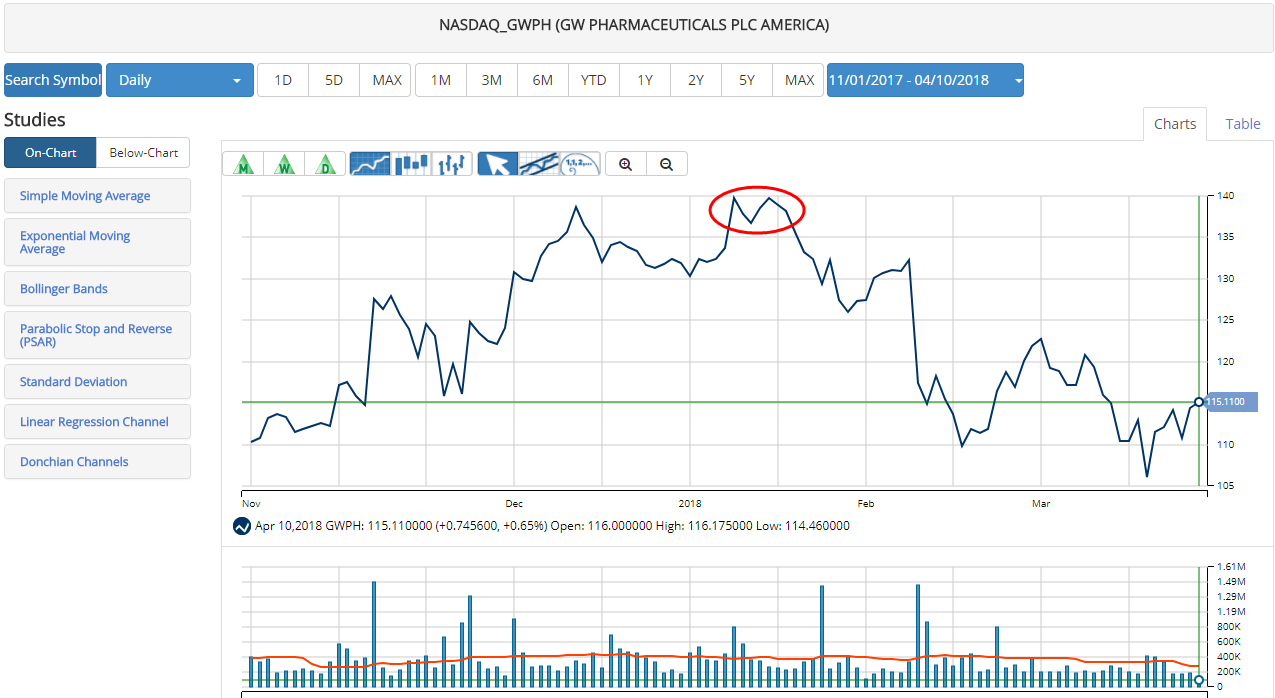 Despite a recent delay, Canada is still on course to legalize recreational cannabis by this summer. This is an important indicator to follow. More delays would weigh on the entire Canadian cannabis sector.

According to Warren Buffet, this is a good time to invest in the cannabis sector. Sales should surge in the next few years and, in the meantime, shares of early industry leaders are trading at a big discount to the recent 52-week high.