Hello traders everywhere. There is no doubt that this week has been brutal for traders with the stock market posting one of the worst weeks of the year. You only have to look at the DOW, and it's over 1300 point loss on the week for evidence. The DOW and S&P 500 will close down around 6% on the week. Both indexes are in corrections, and both are on track for their worst December performance since the Great Depression in 1931, down more than 11% each this month. 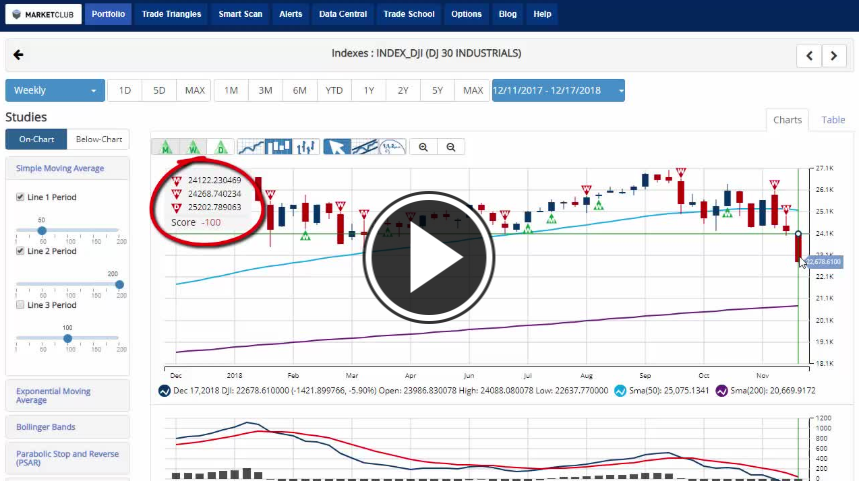 The NASDAQ is having it's worst week in nine months losing over 7% and officially entering a bear market. It's actually trading at a new fifteen-month low. With that move lower we finally got the red weekly Trade Triangle that we've been waiting on. The NASDAQ has now joined the DOW and S&P 500 with negative long-term downtrends. It looks like that death cross may have been right after all.

7 thoughts on “Brutal Week Comes To A Disappointing End”