Hello traders everywhere. As we head into afternoon trading on the verge of the holiday weekend there isn't much to rejoice about in the stock market. The DOW is on track to post it's fifth straight weekly loss standing at roughly -.80% on the week. Not to be outdone the S&P 500 and NASDAQ will post their third straight week of losses losing -1.7% and -2.1% respectively.

The mounting losses are all due to the ongoing trade war/negotiations with China. Stocks are in the green after President Trump said that the ongoing trade war could be over quickly, he told reporters on Thursday afternoon he expected the U.S.-China trade war to end swiftly. He also noted a trade deal with China could lift tough restrictions on the Chinese telecom giant Huawei. 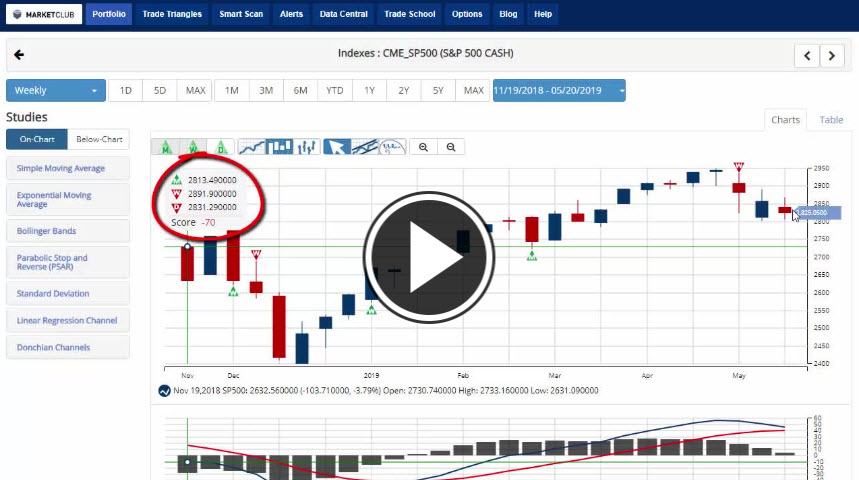 Crude oil prices are down more than -7% this week as trade worries spilled over to other markets. The increased tension in the U.S.-China trade war, which has investors increasingly worried about the state of the global economy and, by extension, the outlook for global oil demand growth for the rest of the year. Oil prices were battered by the clouded outlook on the global economy and oil demand, on top of Wednesday's bearish EIA inventory report, which showed a crude oil inventory build of 4.7 million barrels in the week to May 17.

Bitcoin has once again traded above $8,000 gaining +5.6% on the week. That's, in turn, helped the 200-day moving average begin to curl upwards in favor of the bulls for the first time since May 2018. Will the upward momentum continue or will we see profit-taking shortly as the list of long-term technical indicators signaling a bull market continues to grow.

One thought on “DOW On Track For 5th Straight Losing Week”