It’s been a turbulent month for the markets, but while the S&P-500 (SPY) and Nasdaq Composite (QQQ) are deep in negative territory, the price of gold has been holding up well. This is evidenced by its (-) 1% monthly return and flat performance year-to-date.

This 2000 basis point out-performance for the yellow metal should not be overly surprising, given that it typically performs its best when real rates are deep in negative territory. 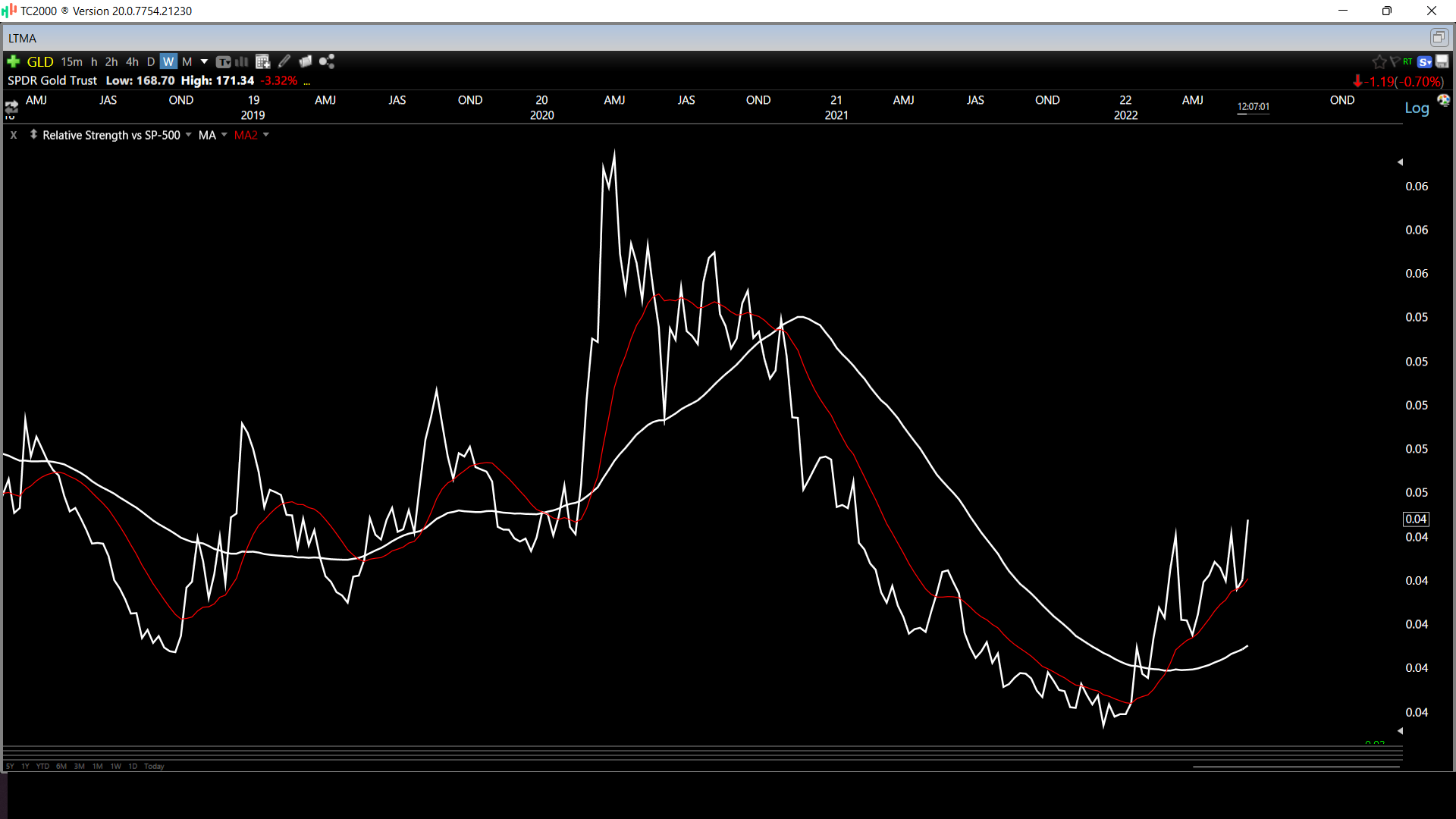 One of the preferred ways to get exposure to the gold price is through the Gold Miners Index (GDX), the most popular ETF that holds a basket of 50 miners. The problem with the index is that at least 50% of gold miners are un-investable, and several are poorly run, so the high proportion of laggards dilutes the performance of the ETF.

For this reason, my favorite way to play the sector is to focus on individual names, particularly those with high margins and growth. Three companies that meet this criterion are Agnico Eagle (AEM), Orla Mining (ORLA), and Karora Resources (KRRGF).

Beginning with Agnico Eagle, the company is a 3.4-million-ounce producer with 11 mines that operates out of Canada, Australia, Mexico, and Finland.

While producers of this size are typically not known for growth, Agnico has an enviable pipeline of non-operating assets it’s looking to bring online (Hope Bay, Santa Gertrudis, Upper Beaver). These projects combined could add 600,000 ounces of additional gold production by 2027.

Apart from this, Agnico has organic growth at multiple assets, including a new shaft at Macassa, the potential to integrate a nearby deposit, and plans for higher throughput at Detour. Combined with its non-operating pipeline, this could push annual production to 4.4 million ounces by 2028.

This 30% production growth profile places Agnico in rare air among its peers, where most million-ounce producers struggle to maintain production levels as their highest-grade reserves are depleted.

Combined with industry-leading margins and 95% of production from Tier-1 jurisdictions, Agnico should command a premium multiple, easily justifying an earnings multiple of 24 and a P/NAV multiple. This translates to a fair value of ~$75.00 per share, making the stock a steal on this pullback below $52.00.

As a bonus, investors are getting a nearly 3.0% dividend yield at current prices.

The second name worth keeping a close eye on is Orla Mining, a new producer with a ~100,000-ounce production profile in Mexico.

The company is a single-asset producer, which generally makes for a riskier investment, but it recently announced that it would be acquiring Gold Standard Ventures, a gold developer in Nevada. Not only does this diversify the company from complete reliance on Mexico for its operations, but it should also transform it into a dual-asset producer by 2025, with multi-asset producers typically commanding higher multiples due to their lower risk profile.

Gold Standard’s South Railroad Project [SRP] is similar to Orla’s current producing mine, Camino Rojo, with both being heap-leach operations, which Orla has experience with, having just built this mine on time and under budget last year.

Assuming Orla chooses to develop the SRP, the company could grow production to more than 300,000 ounces per annum by 2026 at costs below $850/oz. This could easily justify a market cap of $1.65BB, which, divided by ~330MM fully diluted shares, would translate to a fair value of $5.00 per share.

Based on a current share price of $3.45, and with the stock being in the unfavorable post-acquisition period when stocks often come under pressure, I don’t see this as a buying opportunity just yet.

However, if we were to see ORLA dip below $2.95 per share, this would present a low-risk buy point for a starter position in the stock with ~70% upside to fair value.

The last name worth keeping an eye on is Karora Resources, a mid-tier producer operating in Western Australia that’s also focused on growth.

As outlined last year, the company plans to increase gold production to 200,000 ounces per annum by 2025, up from ~100,000 ounces in 2021. This is expected to be accomplished by adding a second decline at its flagship Beta Hunt Mine and doubling ore production from the mine.

However, after a recent acquisition of a new mill (Lakewood) just north of Beta Hunt, it’s looking like there’s the potential to increase annual gold production to 240,000 ounces by 2026 due to extra capacity (addition of a second mill to process material).

Following this upgraded outlook, Karora now has one of the most impressive growth profiles sector-wide, with a ~19% compound annual growth rate from 2022-to 2026 if it can meet these production goals.

This production growth is expected to be coupled with margin expansion as it boosts nickel production (higher by-product credits) and benefits from economies of scale. So, with the stock 40% off its highs below US$3.10 per share, I see the stock as a steal at current levels.

With the gold miners out of favor and trading at their cheapest valuations relative to the gold price in more than five years, I believe now is the time to begin scaling into the sector with long positions into weakness.

In my view, Agnico Eagle and Karora Resources are two of the most attractive ways to play this trend towards gold’s recent outperformance vs. equities. Elsewhere, if Orla sees more share-price weakness below $2.95, this will represent another growth name to complement a portfolio in an industry where it’s difficult to find growth historically.