As we rapidly approach the end of the third quarter it would appear as though the Fed's strategy is to let out these "trial balloons," saying that interest rates will be raised later this year.

The latest Fed spokesman to float another trial balloon was the New York Federal Reserve president, William Dudley. Mr. Dudley is a voting member of the Fed's policy setting committee. Mr. Dudley stated that the Fed will likely raise rates later this year. How many times do they have to tell us that? 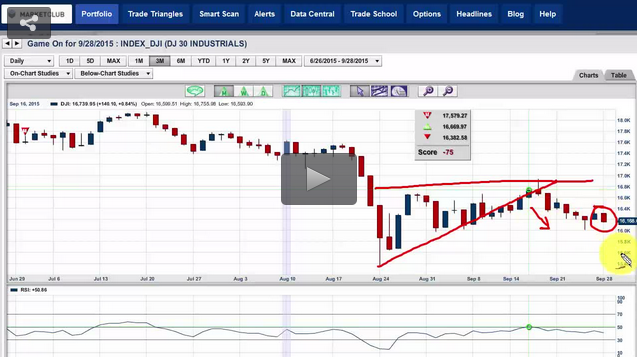 I have said this before and I believe the Fed has no idea how to get out of this pickle that it has got the country in. This addiction to low cost money is not healthy and I was happy to see this morning that Carl Icahn has the same mindset. Mr. Icahn thought the Fed should have raised interest rates six months ago, I would've said at least 12 months ago, but all that is a moot point right now.

With only three trading days left till end of the third quarter, all the major markets I track are lower for the month and the quarter. I view this as a significant market clue indicating that the markets have not yet finished on the downside.

Here is were the markets closed last month. All of these major indices are lower for both the month and the quarter. END_OF_DOCUMENT_TOKEN_TO_BE_REPLACED