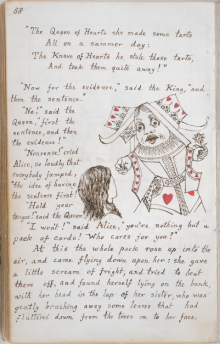 Silver out performs gold as both rise with Treasury bonds, which are in turn rising with stocks, as Junk bonds hit new recovery highs while USD remains firm as inflation expectations are out of the picture. This is highly atypical, maybe even unprecedented.

Some, deeply dug into their particular disciplines and biases, might say it is dysfunctional, as this backdrop simply does not make sense using conventional methods of analysis. Why again did I name this service Notes From the Rabbit Hole?

But today things are making sense simply because we don’t have a need to make them make sense as linear thinkers would do; we go with the indicators and charts. END_OF_DOCUMENT_TOKEN_TO_BE_REPLACED

In the current policy and media stoked market environment, anything is possible.  It's  the wonderful, magical world of hands-on policy making.  5 years after the financial crisis, but still not enjoying a ramping economy like the good old (and long gone) days of the last great secular bull market (RIP 2000)?  Just sit back, relax and let the man in charge control the image.

"For the next hour, sit quietly and we will control all that you see and hear. We repeat: there is nothing wrong with your television set. You are about to participate in a great adventure. You are about to experience the awe and mystery which reaches from the inner mind to – The Outer Limits." END_OF_DOCUMENT_TOKEN_TO_BE_REPLACED