It never ceases to amaze me how some people still react to and hang on to the words of former authoritative figures long after they’ve ceased to be relevant.

The other day 76-year-old Martin Sheen – Charlie’s father, for those under 40 – led a group of liberal has-beens and C-list “celebrities” urging Republican members of the Electoral College not to authenticate Donald Trump’s election. Does Sheen really believe people still care about what he thinks, if they ever did? Guess so.

While I admit that Janet Yellen and the other members of the Federal Reserve have hardly reached Martin Sheen status as irrelevant, I have to wonder about the market’s reaction to Wednesday’s decision by the Fed to raise interest rates an entire quarter point. Why did anyone care? END_OF_DOCUMENT_TOKEN_TO_BE_REPLACED

An interest rate increase at next week’s Federal Reserve meeting would seem to be a foregone conclusion. The Fed would look downright foolish if it didn’t raise rates. But can we take anything for granted when it comes to the Fed making rate decisions?

On the surface, you would have to guess that there is almost no chance the Fed will leave rates alone at next week’s meeting. Indeed, that’s what the bond market and the federal fund's futures market are saying.

The three-month Treasury bill is currently trading at 0.50%. That’s nearly triple the 0.17% it was trading at on September 20, which was also its lowest point this year. It’s also more than double the high end of the Fed’s current fed funds range of 0% to 0.25%. Given that comparison, the Fed would look seriously out of touch with reality if it didn’t raise rates at least 25 basis points this time around. If anything, the Fed is now playing catch-up, not leading the markets. In any event, rates are going up regardless of what the Fed does or doesn’t do. END_OF_DOCUMENT_TOKEN_TO_BE_REPLACED 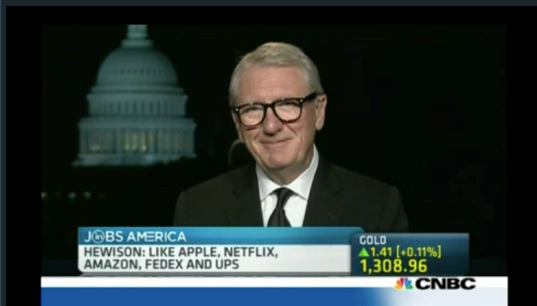 If you missed Adam on CNBC Asia’s Cash Flow with Oriel Morrison last night (11/07/13) we have the video for you to watch.