One of the stocks I track on regular basis is Apple (NASDAQ:AAPL) and yesterday the market action in that stock was quite remarkable. From the opening bell, there was an unusual amount of buying that continued throughout the day creating the highest volume day in this stock in over 20 days. This is highly unusual just before a holiday when volumes tend to fall off. This is a wake up call and leads to speculation that the insiders know something that is not public knowledge and will be positive for Apple. 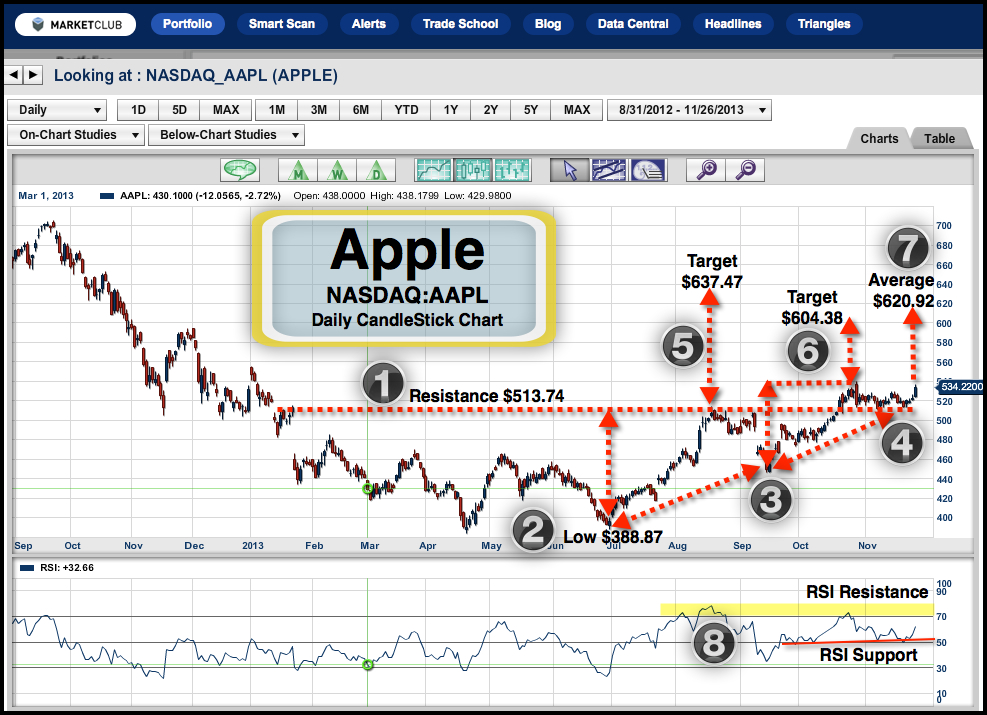 I was digging around on the Internet yesterday evening and noticed that next month, December, China Mobile is going to be launching a brand new mobile service. This immediately got me thinking about an iPhone deal. I believe that this deal is going to occur and that will open up Apple to a huge market base of over 750 million people who subscribe to the China Mobile service.

I believe that the market action yesterday, which pushed Apple over the $530.00 resistance area, is a signal that we are now on a new upward leg in this stock.

If I measure the time element between highs, it would indicate that this market should be strong until the end of the year.

As always, with any kind of investment there are no guarantees and money management stops should be placed on any positions to protect capital.

To reiterate, I believe that yesterday’s market action was a pre-move by the insiders with knowledge that is not generally known to the public. I believe as this news comes out, Apple will be considerably higher than it is today.

What do you think of Apple? I would love to hear your feedback on whether you agree or disagree with what I see in Apple.