I first learned about candlestick charts when I was speaking in Tokyo on the US markets in the late 80's. I was immediately fascinated by this form of charting I had never seen before. It was similar, but so different from the way I was looking at regular Western charts.

What I like about the Japanese candlestick charts is the interesting names they have for them and the patterns that immediately tell you where the market opened and closed for the day.

During my stay in Japan, I learned later that candlestick charting has been around for centuries and it was originally used to chart and track rice prices. Now, this same form of charting is used for practically every traded market in the world today.

Japanese candlestick charts differ from Western charts as they are much more visual and descriptive than Western charts. Besides the more advanced formations on candlestick charts, they also have such interesting names like "hanging man," "hammer," "dark-cloud cover" and "morning doji star." I could go on, but I think you get the picture. The names of these formations are very colorful.

I am going be taking a look at the stock of Tesla (NASDAQ:TSLA) today. Tesla is the brainchild of Elon Musk, the "new Henry Ford" of his day and the person who is really pushing for electric cars, not only here in the US, but around the world.

Here's a small piece of trivia for you: Tesla electric car company is named after Nikola Tesla, who was a Serbian American inventor, electrical engineer, mechanical engineer, and futurist best known for his contributions to the design of the modern alternating current electricity supply system. 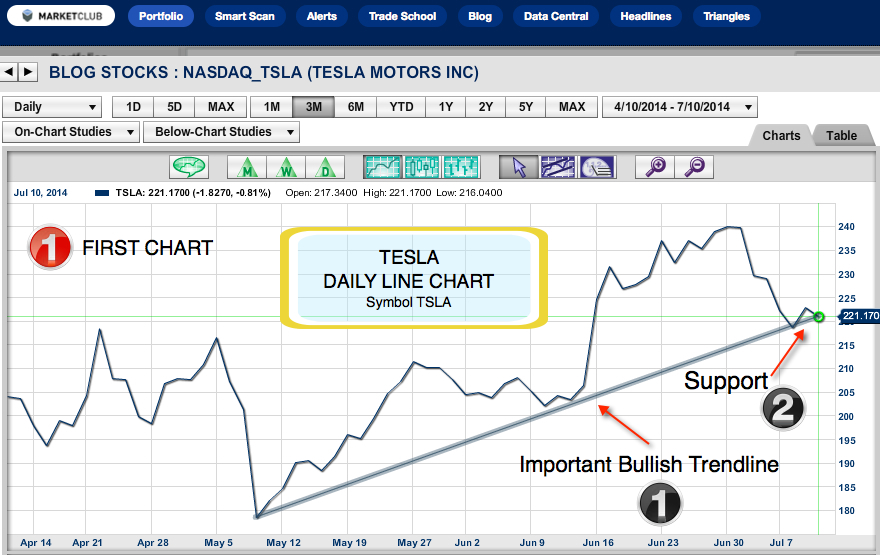 Did Tesla make a classic "morning doji star" on Tuesday of this week? I believe it did and the implications of this formation tells us that Tesla should be rallying from this point and should not move below the low of the "morning doji star," which is at $214.27. 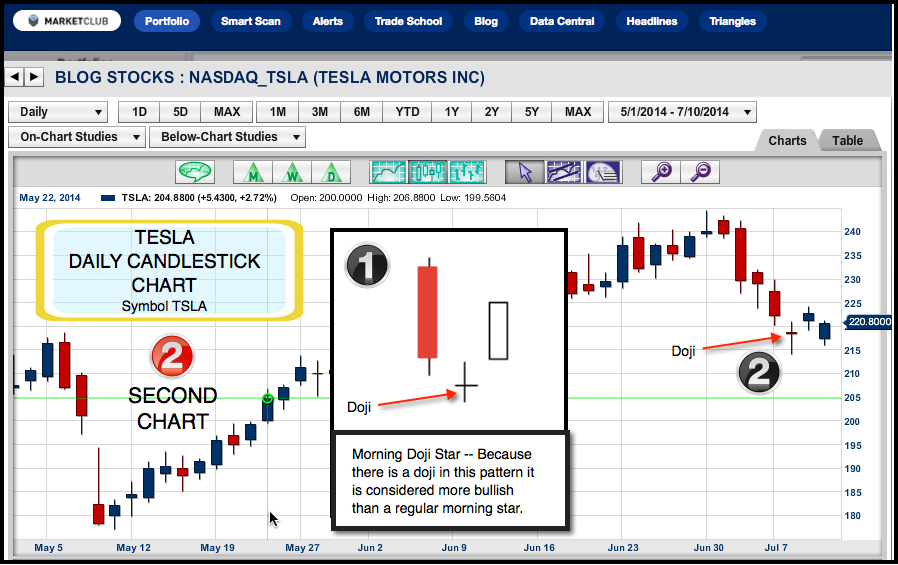 While Japanese candlestick charts are amazing, they're not the "holy grail," but rather a powerful way of charting the market that can help you improve your trading.

One thought on “Did Tesla Just Make A Classic Candlestick Bottom?”