Congratulations go to the New England Patriots for winning this year's Super Bowl. It is perhaps a mixed blessing for investors, as any time a team from the American Football Conference (AFC) wins the Super Bowl, the stock market closes lower for the year. Although, I think investing on the outcome of a football game is not going to get you to where you want to be financially. 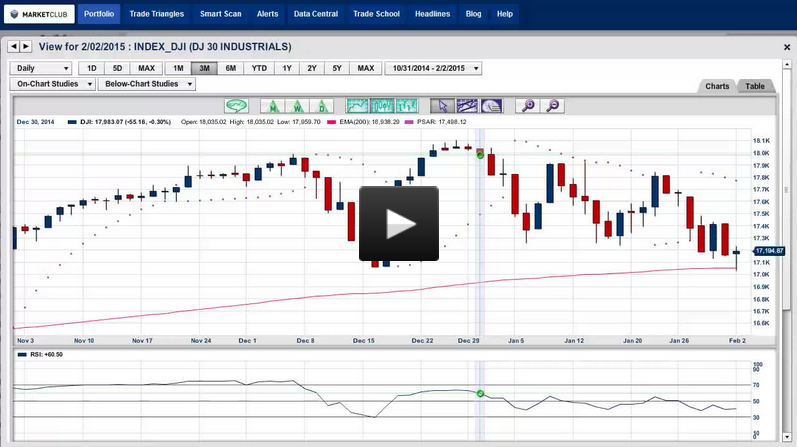 Of all the tools available to the trader, none is more important than his or her own mind! Lack of mental discipline has to be a significant cause of losses in the marketplace. Why else would traders with years of experience and reliable systems fail to be consistent winners? Show a 6-year-old child a chart and he will tell you if a market is going up or down by simple observation. Yet, 80% or 90% of all traders end up as losers. The market doesn't beat you, you beat yourself! You are your own worst enemy!

Challenges To Your Mental Discipline

Challenges of a trader's mental discipline exist in many areas of the marketplace and appear in many different forms. Virtually every trader who has spent any amount of time in the commodity business has experienced one or more of the following upsets to his mentality:

The trader lacking confidence in his own abilities will seek advice from anyone who will agree with his position. In doing so, he often finds the group of experts called "they." Invariably, he will stay with a bad position or prematurely abandon a good position because "they" said so and so. Interestingly, in all my years in the business, I have never been able to locate a government agency or an advisory service under the title of "THEY." Do not take the advice of anyone unless you are sure they know more than you do.

Examine The Market From An Unemotional Point Of View

Contrary opinion or bullish consensus is a measure of mental attitude. When 80% to 90% of traders are bullish, a market may be termed overbought. How does a market become overbought? High bullish consensus readings develop when traders are "sold" on the idea a market is going higher. The idea is promoted by market action and by media attention. A prime example was the media blitz during the dot-com craze which said every dot-com company would never experience another down day. Finally, everyone was convinced the sky was the limit and as usual, they were wrong. When a person is bombarded by a multitude of news reports, it is extremely difficult to examine a market from an unemotional and objective point of view.

To be successful, you have to develop mental discipline. Mental discipline is necessary in any competition you enter. The competition the trader faces can be the battle he has with himself. He must be able to avoid the emotional forces constantly tugging at his mind. He must defend against impulsive greed when a market is "leaving" without him and against fear when a market is moving against his position. He has to maintain the confidence that his analysis is correct and enter orders based on this confidence even when it is "obvious" the analysis can't be correct. When he suffers a loss, the trader must fight the "I have to get it back" syndrome. When he succumbs to this malady, he begins to trade equity instead of the marketplace and he is doomed to throw good money after bad.

In my experience, the most dangerous period a trader can face is when he first becomes a winner. I have had the good fortune to catch some significant moves in the past and have received a number of calls from people who were overjoyed with their positions; in some instances, the callers were nearly euphoric. All too often I have watched new winners gain the feeling of overconfidence and indestructibility. Greed sets in and traders take bigger positions because they feel they can't lose. They hit on another trade or two and the ego goes sky high; now they can do no wrong. Suddenly, they are one of the "big swingers." And then disaster strikes. The hot streak turns cold and the equity leaves faster than it came. Their emotions leave an island top and they plunge into mental despair. They become another statistic marked to the loser category.

Where do the new winners go wrong? In general, they have not learned the lessons of past losses and do not have the DISCIPLINE to continue the trading strategy which finally brought them into the winner category. What is different about the consistent winners? First of all, most of the consistent winners were losers at one time. They learned from their losses. They went on to study which tools work and then implemented those tools. But most importantly, they have undergone a self examination to determine their mental flaws and how to correct them. Like a championship boxer, they realize they can win the first 14 rounds of a fight, but if they let their guard down and relax, they can still lose by a knockout in the final round.

It takes work to become a winner and even more work to stay a winner.

I will also be looking at the major markets in today's video.