In my last article, I laid out how upbeat sentiment was growing in Oil amid upbeat projections from the industry leaders, and especially from Tony Hayward, the incumbent Glencore Chairman and ex-CEO of BP. Add to that the latest soft patch in the US economy and this could mean some upside for Oil-oriented currencies. Canadian Oil is expensive to make and is oriented towards the US market where stockpiles are currently at historical highs; the Ruble is well positioned and will probably perform well but the latest news of weapons buildup by pro-Russian rebels heightens the risk of a surprise escalation and detonation that is hard to price. So what's left? The Norwegian Krone.

Norway is Europe's biggest energy exporter, with Oil and Gas exports accounting for 52% of the country's total exports and 23% of the country's GDP. Therefore, any fluctuation in Oil prices has a substantial impact on the Norwegian economy, the outlook for rates and, of course, the Norwegian Krone. How much is the NOK correlated with Oil? As seen in the chart below by the Norges Bank (Norwegian Central Bank) the correlation is very high. In other words, the direction of Oil sets the course for the NOK. To put it simply, for the NOK to recover, Oil has to recover. 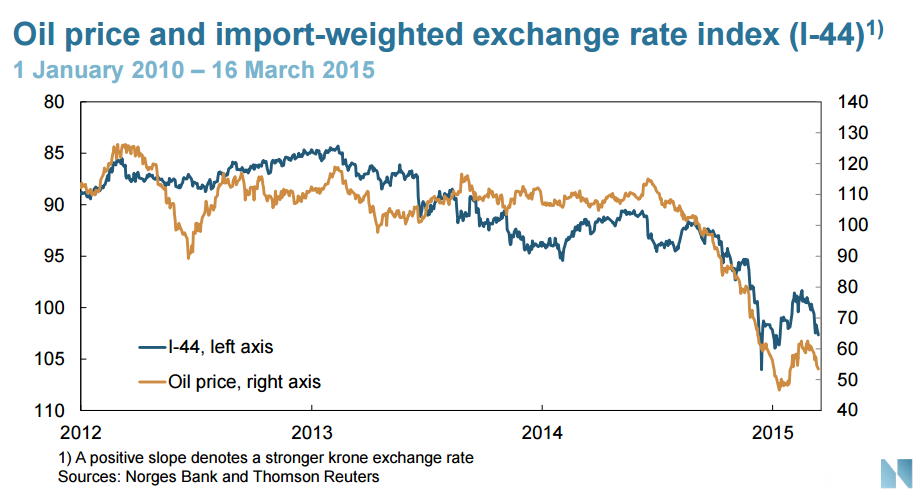 What Could Favor Oil

Although there is still excess supply in the Oil market there is a marked reduction in Oil rigs across the world. In fact, the reduction in drilling was rather quick and moved pretty much in tandem with Oil prices; the Oil meltdown resulted in a reduction of -28.9% in the rotary rig count across the globe Now, once Oil prices move higher it's theoretically possible that it could ignite an opposite result and cause the rigs count to rise. Yet, until we get there, the combination of Oil prices falling sharply and quickly, a better economic outlook for Europe and general dollar softness (which tends to propel commodities higher) all support a rebound, even if only a temporary one. 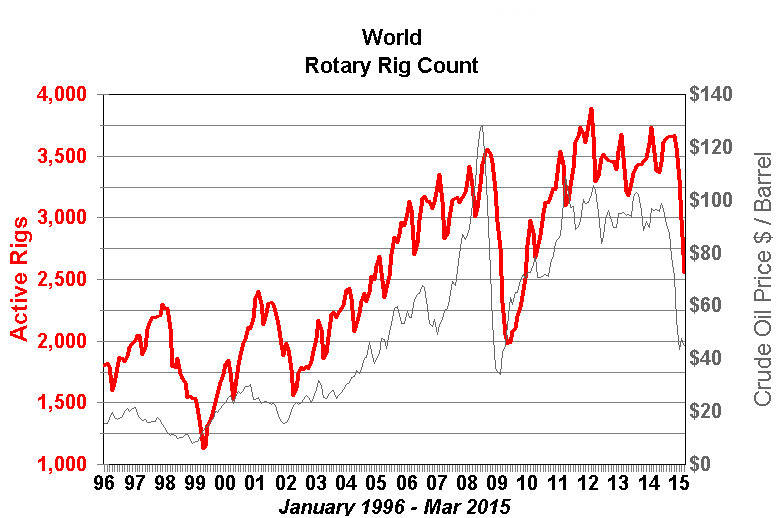 Of course, another aspect to consider would be monetary policy in Norway; if rates are heading lower, then compared to the dollar the NOK would be at a disadvantage, even if rate hikes in the US are postponed. In its last meeting, though the Norges Bank tilted slightly to the dovish side, the message they offered to investors was rather mixed. They stated that inflation remained steady at around 2.5%, that there was a chance of interest rates moving lower in the future amid weakness in the economy, and finally that Norway's housing market was overheated. This mixed massage means the Norges Bank, while preparing for cutting rates amid an expected downside to the economy, might in fact save a rate cut for a later time, given that inflation is still fair and the housing market overheated. In other words, a rebound in Oil prices could signal that the Norges Bank will move to the sidelines rather than cut rates which, of course, fundamentally, would favor the NOK. In fact, the recent bottom in Norwegian 2-year sovereign bond yields may suggest that the market is beginning to warm up to that scenario. Moreover, consider that benchmark rates in Norway are 1.25% while US rates are at 0.25%; if the Fed does feel compelled to postpone its rate hike (which seems to be the case) while the Norges Bank holds steady, the rate differential, coming on the back of risk appetite and an Oil rebound, would favor the NOK.

Of course, while fundamentals point on the direction it's the technicals that can help us with the timing. As the chart indicates, the USD/NOK was quick to react to the recovery in Brent futures and the pair slid to as low as 7.47 from 8.32 back in March. Yet, within the past few days, the pair is encountering support around 7.4-7.5 which raises the risk for a rebound to 7.83; from there, the pair could regain momentum and slide, possibly to as low as 7.25.

One Thing to Remember

Despite the chances of a broad commodity rebound and more gains for Oil on the back of a weaker dollar and fewer Oil drills globally, one must remember that the current fundamentals suggests that this process, in the grand scheme of things, is a correction after an Oil meltdown and a rapid dollar appreciation. But in the mid-term, US rate hikes are still coming and eventually dollar appreciation will return and Oil, while possibly maintaining price levels higher than $50, would find it difficult to surge beyond $85, limiting gains for the NOK in the longer term. 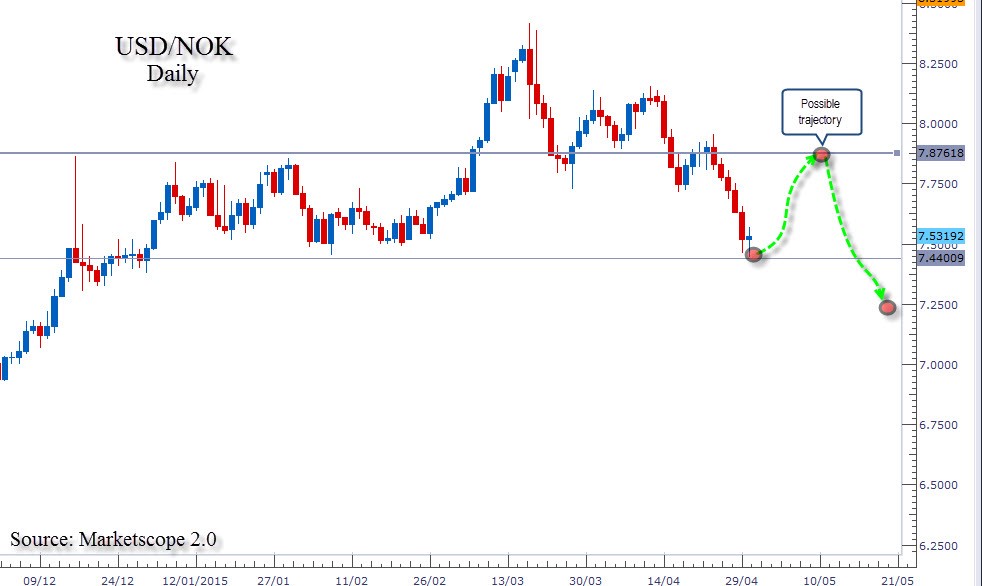