New proposed EPA requirements for the renewable fuel standard program, combined with challenging sugarcane harvests in South America, could increase demand for biodiesel, creating opportunity in a struggling energy sector. In this interview with The Energy Report, Piper Jaffray Analyst Brett Wong names a growing company that could profit from government mandates. 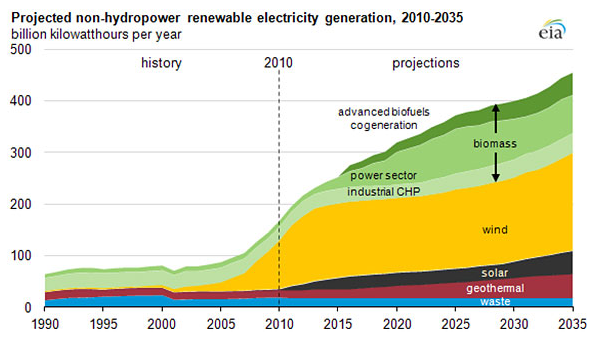 The Energy Report: New proposed Environmental Protection Agency (EPA) requirements for the renewable fuel standards (RFS) program could change the landscape for biofuels. What is the new supply-and-demand picture for corn ethanol, biodiesel and sugarcane ethanol?

Brett Wong: This is a proposal, and not a confirmed mandate, which we expect to get by the end of November. The two most important pieces in the standards cover corn ethanol and biodiesel usage requirements. The new proposal for minimum corn ethanol use would be 13.4 billion gallons (13.4 Bgal), which creates a floor. The blendwall, based on Energy Information Administration's (EIA) expectations for gasoline consumption this year, is about 14 Bgal based on 10% ethanol content in gas, which car manufacturers say is a safe level for the fleet. That is the domestic ceiling. This leaves discretionary blending from 13.4 up to 14 Bgal. Beyond that, the demand is from exports, which use up the overall capacity of about 14.7 Bgal. Some people talk about 15 Bgal, but I think that includes some facilities that will never come back on line.

"Renewable Energy Group Inc.could be the biggest winner within the nonintegrated biodiesel providers."

We send a good amount of our ethanol to Canada, which has blending mandates as well. We send some to South America. Brazil has a large blend requirement of 27.5%, which was an increase from 25% last year. That country produces a lot of ethanol from sugarcane, but it has had some rough crop years and must import biofuel to fulfill mandates. There are also more exports going to Asia, where China is trying to clean up its air.

For biodiesel alone, we have about a 2.1 Bgal capacity in the U.S. The mandate for 2015 has been proposed at 1.7 Bgal. This was a big improvement from 1.28 Bgal in 2013. We've shown, in the last year, that the biodiesel industry can absorb more gallons. The other 0.4 Bgal of capacity could be made up through the increase in the "advanced" biofuel category, which includes cellulosic ethanol, biomass-based diesel and sugarcane ethanol. The advanced biofuel category is proposed at 2.9 Bgal for 2015; less the biodiesel and cellulosic mandates, that leaves about 1.1 Bgal of additional advanced biofuels that will need to be made up by sugarcane ethanol imports or biodiesel. Cellulosic biofuels has its own mandate, but it's very small because, so far, the industry has taken longer to develop than anybody expected. I think it will continue to take a long time.

I believe that given the sugarcane ethanol industry in Brazil, we will see very little sugarcane imported from Brazil. This means we will have to satisfy the advanced biofuel mandate primarily from biomass-based diesel. We could easily be in supply-and-demand equilibrium, even with European and Argentine imports, because of the advanced biofuel piece, making biodiesel an increasing opportunity.

Once the mandates are finalized, I believe we will see margin improvement based on pickup in demand. The blending levels are still pretty small compared to overall motor fuel consumption, for biodiesel specifically. Blenders are the obligated parties mixing these biofuels with gasoline and diesel. They can blend at the end of the year and still meet their requirements, again for biodiesel specifically, because the volumes just aren't that high.

TER: Brent Erickson, executive vice president of the industrial and environmental section at the Biotechnology Industry Organization, said the EPA proposal would chill investment in the sector, causing a $13.7 billion shortfall in investments for advanced biofuel capacity. Do you agree with that?

BW: I think this was a discussion around the expectations of the National Biodiesel Board for the mandate. Although the proposals were below what the National Biodiesel Board was projecting, I still think it is positive. Investment activity should pick up over time as the industry continues to grow. The advanced biofuel category overall is growing. That could help spur growth in the biomass-based diesel industry.

The proposals came in below what the industry was expecting, but I still think it is positive that we got an increased mandate. I also think it's important that we got increased visibility across multiple years. Since the RFS was put in place in 2007, we have seen one-year views. At the end of 2013, we didn't get any ruling from the EPA. The mandate is the key driving force behind the biomass-based diesel industry, so that silence created a lot of uncertainty.

Ethanol can compete with petroleum products even without the mandates, but biomass-based diesel is not economical to produce compared to diesel. That makes policy an important driver in the industry. The multiple-year guidance is important because it removes some of the overhang around the regulatory aspect and shows confidence that there's support for growing the industry.

TER: Renewable fuels are a small part of the gas price. So when gas prices overall go down, is that good for renewables because people might use more gas?

BW: Yes. You do see a pickup in demand when you have lower energy prices. This year was proof. Energy prices were cut in half. Ultimately, that has led to an increase in consumption. The EIA projects that 2015 consumption will be two to three points above 2014 levels.

But at the same time, when you have a significant price reduction, that impacts producer margins negatively. What we've seen in the industry so far this year is that the lower energy price has had more of a negative impact on producers than the positive demand response from lower prices.

TER: There are always winners and losers in both market changes and regulation changes. What specific companies will be the winners if these requirements get adopted?

BW: Within biodiesel, if the industry plays out to my expectations and we start to see margin improvement given increased demand for biodiesel, then all the players benefit. Some of them are integrated producers like ADM (ADM: NYSE) and Louis Dreyfus Commodities B.V. (private). Those are big conglomerate companies, so biodiesel is a very small piece of what they do.

There are also pure-play independent producers, some of them public. FutureFuel Corp. (FF:NYSE), which produces biodiesel from soybean oil, beef tallow and pork lard, will benefit. In my view, the one that will benefit the most is Renewable Energy Group Inc. (REGI:NASDAQ). It is the leading producer and one of the lower-cost producers. Renewable Energy Group could be the biggest winner within the nonintegrated providers.

TER: Renewable Energy just acquired Imperium Renewables Inc. How will the addition of a biomass diesel refinery with a 100-million-gallon capacity impact the company's prospects for the rest of this year and into next year?

BW: The ribbon cutting just happened in Grays Harbor, Washington. That was an interesting acquisition because Renewable Energy acquired those assets for a discounted valuation compared to replacement costs. The replacement value for a low-cost flexible feedstock facility is typically $1/gallon, and the purchase price was a third of that.

In addition to the facility, Renewable Energy also acquired an export opportunity and West Coast operational diversification. It provides an opportunity to play in the California market, which has low carbon credit standards. This moves total capacity for the company up from 332 million gallons (332 Mgal) to 432 Mgal, a significant 30% increase.

TER: Are there catalysts for Renewable Energy Group?

BW: Depressed energy prices are hurting a lot of the energy players. The macroeconomic cycle in energy is going to be important. But even without a turnaround in the energy construct, the biodiesel industry works because it is mandated by the government. As long as we get positive policy enforcement, the industry will work, and that will boost Renewable Energy Group.

"Biodiesel provides a really nice opportunity at the moment because of the potential for regulations to increase demand."

I am also watching Renewable Identification Number (RIN) prices, which the EPA uses to make sure blenders are meeting its compliance requirements. RIN values are not traded on an open market, so they're pretty illiquid and can be difficult to track at times. I watch RINs, and if they start improving, that suggests biodiesel demand is also improving, even if biodiesel prices don't move. That could lead to an overall increase in the average selling price for products from Renewable Energy Group and all the other biodiesel producers.

A potential return of the blenders' tax credits—a subsidy to blenders using biodiesel—provides a nice opportunity for operators because they get some of that credit. It provides a cash infusion so these companies can pay down debt, improve their balance sheets, maybe even allocate some cash to shareholders and continue growth. Renewable Energy Group's Grays Harbor acquisition is an example of this.

TER: You mentioned FutureFuel. Darling Ingredients Inc. (DAR:NYSE) is also in the biodiesel sector in the fats and greases area. Do they fulfill a different part of the demand than a company like Renewable Energy Group?

BW: FutureFuel's facility and the Diamond Green facility, which is a joint venture between Valero Energy Corp. (VLO:NYSE) and Darling, are all playing within the same market. The Valero/Darling facility is technically renewable diesel, similar to Renewable Energy's recent acquisition in Geismer, Louisiana. It's a different process and a different product, but for the most part, they are all operating in the same industry. All of those providers use low-cost, flexible feedstock operations.

TER: Based on the market picture you have painted, what advice do you have for investors just getting involved in the renewable fuels sector?

BW: You have to have a strong stomach. The renewable fuels industry has historically been governed by policy, which means things can change very rapidly, especially when administrations change. The regulatory piece will always create an overhang for biodiesel specifically, and for renewable energy in general.

But biodiesel also provides a really nice opportunity at the moment because of the potential for regulations to increase demand. I expect to see improvements on the margin front for biodiesel producers. Ethanol presents a nice opportunity for investors looking for something not as tied to regulation. Ethanol operates around supply-and-demand rather than policy.

Overall, now is probably a cautious time to be looking at investments within biofuels just because of the current global energy construct. Biofuel prices are by no means immune to energy prices. But within the group, I think that biodiesel could come out a winner.

TER: Thank you for your time, Brett.

Brett Wong is a vice president and senior research analyst at Piper Jaffray covering agriculture and ag biotech companies. Prior to joining Piper Jaffray in 2011, he worked as a capital project and process engineer in the ethanol industry. Wong holds a bachelor's degree in chemical engineering with a focus in biotechnology from Tufts University, and a master's degree in business administration from the University of St. Thomas.