While the rally yesterday was dramatic and to the upside, I don't believe that it was enough to reverse the decline set by the previous weeks drop. Yesterday, The Trade Triangle's indicated that a move to the sidelines was in order and a neutral stance should be adopted. I feel that is the optimum position to have at the moment.

Many of the indices are now back to an area that should provide some resistance to yesterday's rally. One of the things I will be watching closely this week is how the markets close on Friday. Especially with next being be a short and abbreviated trading week because of Thanksgiving. 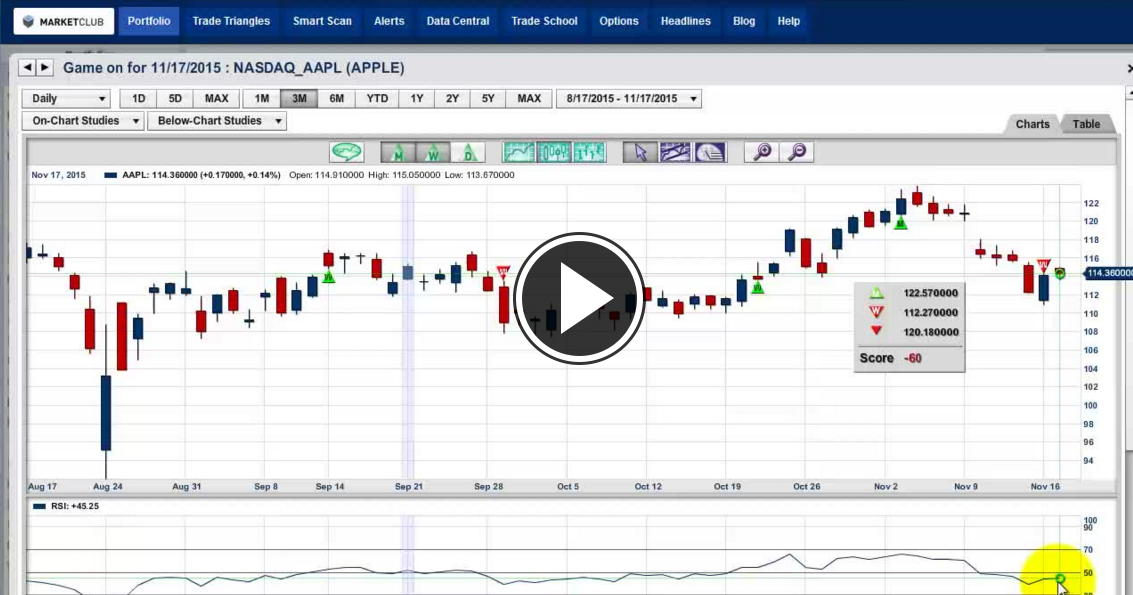 Overall, 2015 was not a good year for hedge funds. I made that statement before, but several major hedge funds have dramatically reduced their exposure to stocks, I think this is a smart move as I still feel as though this market is undecided as to which direction it wants to go.

The big "IF" in the equation is, of course, the action by the Federal Reserve Board. There is now a 70% chance according to polls that the Fed will raise interest rates in December. I'm not so sure that is going to be a nice Christmas present for the market and every investor.

After six years of stimulus with QE programs, this is going to be a major change in the investment environment and the question becomes, can the patient, in this case, the market live without its drugs, i.e. quantitative easing? It is a question that remains to be seen.

The retail sector continues to be soft in my opinion with many retailers hanging on for Christmas to make their year. I'm not sure that is going to be the case in 2015.

The Trade Triangles are saying you should be cautious, and I believe that is the prudent way to be at the moment. I will be recapping many of the markets I looked at the in yesterday's video and share with you why I think the markets are at key resistance levels.

One thought on “Did Yesterday's Rally Cause A Reversal In The Market?”