The Brazilian economic crisis has three notable dimensions; a collapse in commodity prices, a weak monetary system, and an ugly fiscal picture.

Brazil is a major exporter of commodities from three key sectors—agricultural goods, such as soybeans and cattle, energy through oil, and metals, through Iron Ore. So, when global demand took a nosedive prices collapsed on aggregate by 24% over the past three years, as indicated by the S&P Goldman Sachs Commodity Index. And consequently, Brazil’s economy took a serious hit. The only solution would be to encourage a more diversified economy. The problem is that that will take years, and it is doubtful Mr. Temer would willingly sow seeds for “fruit” he is unlikely to reap.

The other two problems, i.e. a weak central bank and a fiscal crisis, are intertwined, yet fixable. That is, with one caveat; both require unpopular measures that need to be passed by a Parliamentary majority—a majority Mr. Temer is unlikely to get.

Brazil has a chronic inflation problem. As the chart below illustrates, when comparing the interest rates set by Banco Central do Brasil, Brazil’s central bank and the inflation rate, the problem becomes clear. The Brazilian central bank has a tendency to be quick on the trigger when it comes to cutting rates but is rather reluctant to raise rates enough to curb the inflation rate into a normal 1-3% range.

This has caused inflation to be so deeply entrenched in Brazil’s banking system that almost all types of credit are attached to the inflation rate, which consequently drives even more inflation. Moreover, when interest rates are not high enough, it tends to push the government into more borrowing and take on more deficits which lead to more inflation, and so goes the cycle.

This brings us to Brazil’s second big problem—ballooning deficits. While, indeed, the lack of governance from Brazil’s central bank has encouraged the Brazilian government to take on more deficits it is not the only cause. Corruption and political instability means that the government has chosen deficits to buy political power. During her reign, it reached a point that Mrs. Rousseff disguised Brazil’s true deficit, an act which ultimately led to her impeachment. And while Mr. Temer does not appear to be taking such dubious steps he did use government spending to appease political rivals. How then will Mr. Temer be able to preserve his power if he takes the opposite measure, i.e. cutting the budget? And especially for influential parties? That will be a difficult undertaking.

What Mr. Temer will need to do is appoint a vigilant central banker of the Paul Volker ilk. That will allow the central bank to rein in inflation without delay and without sensitivity to populism thus curbing Brazil’s fiscal deficits. Certainly, those measures will be unpopular, both within the government and among the public who hadn’t elected Mr. Temer for president. 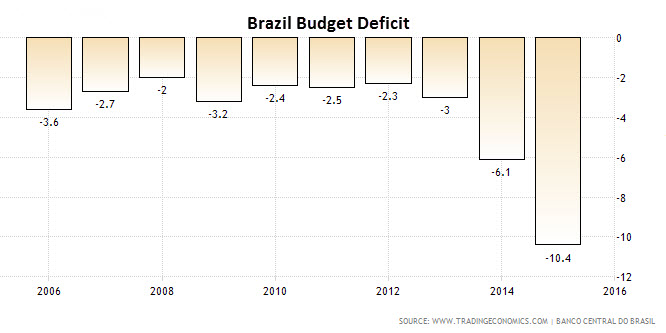 The Brazilian Real currently trades at 3.22 Real per U.S Dollar, after rallying by 18.5% year to date against the dollar. Most of the rally had been accompanied by falling bond yields which had been driven by investors’ hunger for yields and hopes for reforms. But as Mr. Temer is heading towards a political tangle and given that he is likely to under deliver in the near future, investors are likely to flee for cover, at least until the uncertainty wanes. Meanwhile, inflation will raise its head; bond yields will surge again, and the USD/BRL is likely to move towards retesting the 3.52 level and perhaps even the 3.63 resistance. 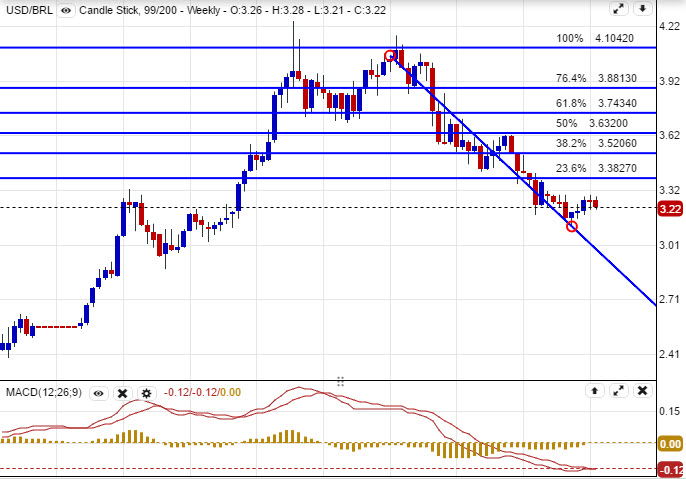