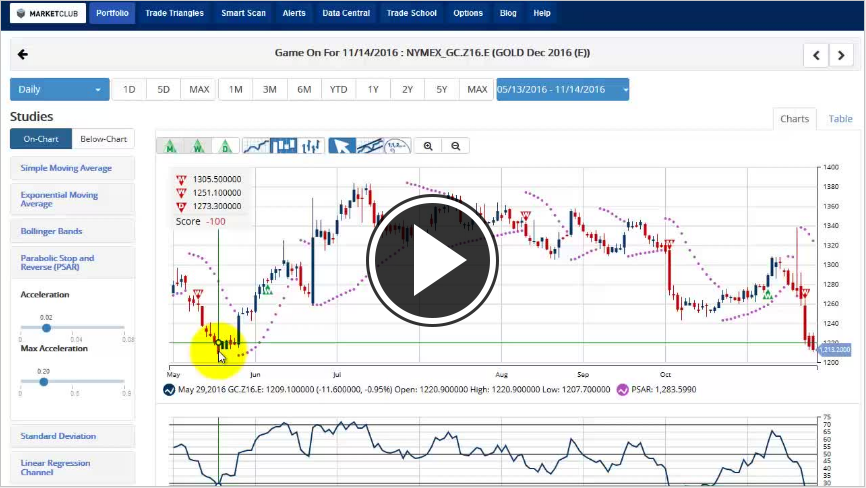 So what's ahead for President-elect Trump? Well, I think it's fair to say that most all the pundits got this one wrong and to guess what's ahead would be in my humble opinion a mistake as no one knows at this time. What we do know is what the market are telling us and that is something we should all listen to and put aside any political differences.

Technically with the Trade Triangles, I see that the gold market is in a strong downtrend, crude oil is presenting a mixed picture and the major indices also in a quandary at the moment.

Starting with the Dow which has all green Trade Triangles indicating a strong upward trend which is all good. However, it must be tempered with mixed signals we are receiving from both the S&P 500 and NASDAQ.

So here's what were looking at, the Dow (INDEX:DJI) is going higher the NASDAQ (NADSDAQ:COMP) is going lower and the S&P 500 (CME:SP500) is indicating to be on the sidelines.

With such a mixed picture in the three major indices, I think that the best place to be is on the sidelines until events change our thinking one way or the other.

The gold (NYMEX:GC.Z16.E) market is clearly in a downward trend however it is fast approaching the May lows around $1200. That area should offer gold some support.

In a similar fashion, crude oil (NYMEX:CL.Z16.E) which both the weekly and daily Trade Triangles are in a negative mode is fast approaching the August lows around $42. I would not be surprised to see some support come into the market at that level.

In today's video update will be looking at all of these markets and trying to make sense of them in this post election period.