When OPEC announced its agreement 30 November 2016, it pledged to bring its collective ceiling to 32.5 million barrels per day (mmbd), effective 1st of January 2017. At the time, that ceiling included Indonesia, which was in the process of withdrawing from the cartel. The adjusted ceiling, therefore, became about 31.76 mmbd, excluding Indonesia’s 740,000 b/d output.

The deal was extended at the end of May for an additional nine months through March 2018. At the press conference, OPEC president and Saudi energy minister, Khalid Al-Falih, answered a question about the rising production in Libya and Nigeria. He responded by saying that other OPEC members would adjust their output accordingly to allow, for their increases.

But data throughout 2017, and most recently June, reveal no such adjustments have been made. According to Reuters, June production averaged 32.57 mmbd, about 820,000 b/d above its ceiling, as adjusted.

And Libyan production has continued to rise, topping 1.0 mmbd at month’s end. Nigerian exports are scheduled to reach at least two mmbd in August, 500,000 b/d higher than in the cartel’s base month (October 2016).

Based on the above expectations for rising output in August, the OPEC deal is effectively dead. OPEC production will be back to about where it was in October.

The deal with non-OPEC producers announced 10 December 2016 was a reduction of 558,000 b/d. It is questionable how much of those cuts have been achieved due to lagging data that cannot be blindly trusted.

But regardless, other non-OPEC production gains are offsetting that figure. Preliminary data for the U.S. show a rise of 510,000 b/d through June, and the Energy Dept. expects an additional gain of 520,000 b/d through year-end.

In the press conference following the May 25th OPEC meeting, Al-Falih said KSA would send less crude to the U.S., in a bid to reduce U.S. stocks. Because U.S. weekly data is the most timely and transparent basis than elsewhere, he was aiming to affect trader sentiment.

He also stated to the press a couple of weeks ago, "What we can influence as oil producers are the fundamentals. The level of supply which will result in drawing down the inventories. And once the inventories are drawn down, as they have been over the last few months, the sentimental issues that fluctuate from week-to-week will be overwhelmed by those fundamentals.” 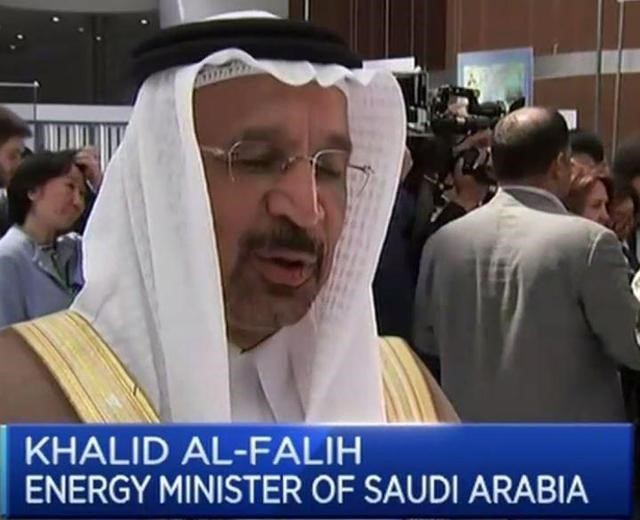 Saudi Arabia did, in fact, reduce its exports to the U.S. Over the past four weeks, Saudi crude imports were 414,000 b/d lower than in the prior four weeks.

However, gains from other sources replaced the Saudi crude. Imports from Iraq, Ecuador, Nigeria, and Canada rose by 404,000 b/d in the same comparison, proving Saudi Arabia cannot control U.S. imports or stock levels.

Given these developments, the OPEC and cooperating non-OPEC producers face the question of whether to deepen the cuts, leave them as they are, or abandon the strategy altogether. Assuming their objective is to maximize revenues over time, the answer depends on their view of the elasticity of supply. 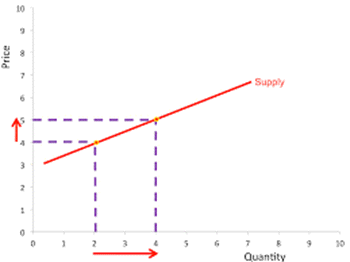 But shale oil is different. And the availability of "drilled but uncompleted" wells are a new source of supply that can be tapped quickly.

OPEC did not count on that. The Saudi energy minister said in the December press conference that he expected no supply response in 2017 by American shale oil.

Crude Oil (WTI) prices in the $50s have proved to provide too high an economic incentive to Amercian oil shale producers. If OPEC deepens the cuts to maintain prices over $50, they will be just chasing their tale.

OPEC has no choice at this point but to allow oil prices to trade in the $40s, without intervening in the market, to see what effect that price band has on shale oil production. The problem for OPEC is that this experiment is complicated by producer hedging; that is, hedges effectively reduce or even eliminate price sensitivity due to the protection they provide. OPEC will have to wait until they roll-off (terminate) which could take a number of quarters.

One thought on “OPEC Deals Have Effectively Collapsed”