Hello traders everywhere. The Dow Jones Industrial finally succumbed to the pressure of the current market sell-off issuing a red weekly Trade Triangle at 26,303.35 after falling -431 points at it's lowest level in morning trading approaching the 50-day moving average which stands at 26,004.22. The move lower came after the DOW had been relatively unchanged the last couple of days as both the S&P and NASDAQ were under heavy selling pressure. All three indexes are currently trading down over -1.3% on the day. 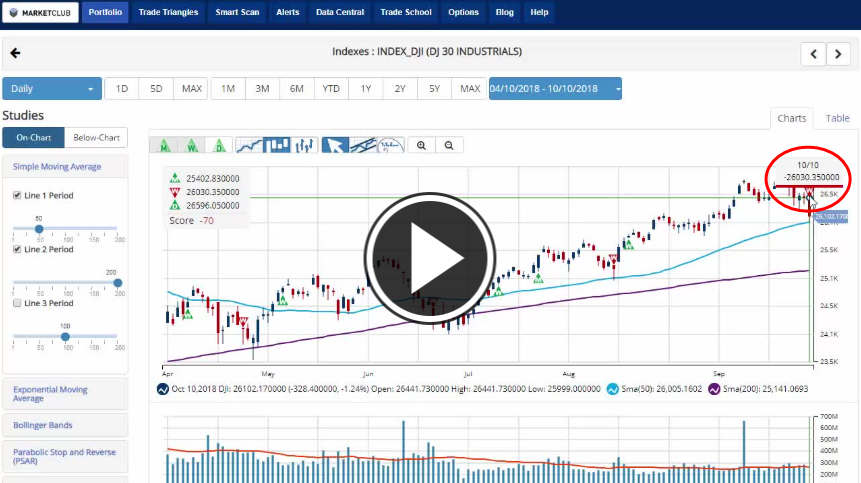 The S&P 500 opened trading below its 50-day MA, that move lower came after the S&P briefly broke the 50-day MA yesterday. As it stands right now, the S&P is on track to post its worst weekly losing streak in a little over two years standing at three weeks. The next level of support to keep an one will be the 200-day MA standing at 2,765.77. A move below that level could signal a steeper sell-off.

Meanwhile, the NASDAQ continues to get pummeled as the tech sector is seeing the most significant losses. The NASDAQ is on pace to have it's the worst trading month since January of 2016. Key support lies at the 7,449.62 which is where the 200-day MA is. A move right below that level (7,443.10) will trigger a new red monthly Trade Triangle signaling a move lower is ahead.