Hello traders everywhere. After what felt like a small positive victory on Friday has quickly subsided after we woke up this morning to news of growing global tensions with Saudi Arabia and yet another sell-off in the tech sector, a falling dollar, and treasuries.

The dollar is trading near a two-week low against its peers after U.S. retail sales disappointed in September. West Texas crude oil traded around $71 a barrel, less than a dollar away from issuing a red weekly Trade Triangle, amid tensions between Saudi Arabia and the U.S. over the disappearance of a prominent journalist and gold is headed toward its fourth advance in five days. 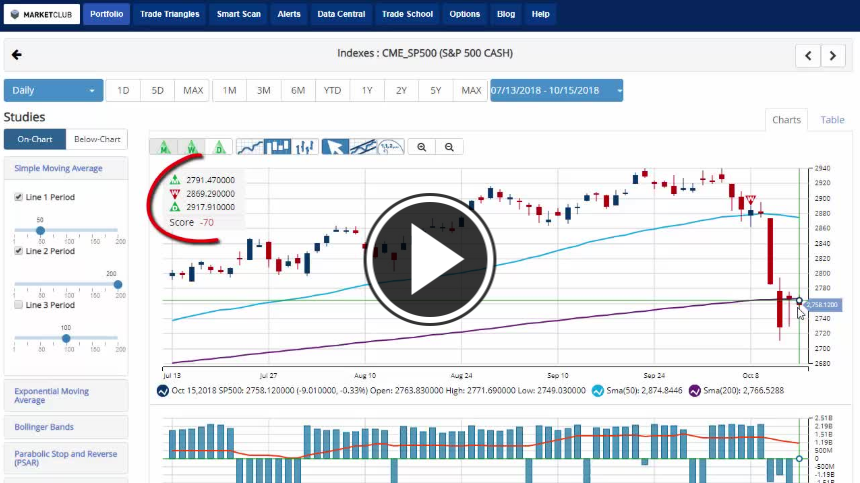 The DOW was in positive territory for most of the morning trading above its 200-day moving average, the only index to do so, but has slipped into negative territory this afternoon. Both the S&P 500 and NASDAQ are both trading below their 200-day moving average after opening the week in negative territory. While the NASDAQ has already triggered a new red monthly Trade Triangle the S&P 500 is holding on at the moment, but that could change if it continues to trade below the 200-day Moving Average.

Key Events Coming Up This Week: