Clearly, COVID-19 has been very damaging with an unquantifiable impact across Disney’s (DIS) business segments. Disney has had to shutter all of its worldwide Parks and Resorts. ESPN has been hit with the cancellation of virtually all sports worldwide. Advertising revenue coming through its media properties has been hit as companies scale back ad spending. All of its movie studio productions have been halted, and movie releases postponed. Despite these headwinds, Disney’s streaming initiatives have been major growth catalysts for the company. Disney+ has racked up over 50 million paid subscribers in just five months, Hulu has 30 million paid subscribers, and ESPN+ has 7.9 million paid subscribers. Disney+ has been wildly successful via unleashing all of its content (Marvel, Star Wars, Disney, and Pixar) in what has become a formidable competitor in the ever-expanding streaming wars domestically and internationally. Hence the tug-of-war on Wall Street between the COVID-19 induced negative impact and the success of its streaming initiatives in terms of valuation. The stock is selling at a steep discount of ~30% from its highs of $151 per share. At these reduced COVID-19 levels, Disney is a compelling buy as its legacy business segments get back on track in conjunction with these successful streaming initiatives.

As economies around the world reopen and certainty washes over the COVID-19 landscape, Disney’s business segments will regain their health. Parks will reopen as seen with Disney Shanghai, movie productions will resume, movie theaters and resorts will reopen, and sports will inevitably play-on. The resumption of all of these activities will feed into Disney’s legacy businesses. Disney continues to dominate the box office year after year with a long pipeline of blockbusters in the queue. Parks and Resorts continue to be a growth avenue with tremendous pricing power. Disney is going all-in on the streaming front and acquired full ownership of Hulu, and the company is launched its Disney branded streaming service with great success. I feel that the company offers a compelling long-term investment opportunity, given its growth catalysts that will continue to bear fruit over the coming years.

“While the COVID-19 pandemic has had an appreciable financial impact on a number of our businesses, we are confident in our ability to withstand this disruption and emerge from it in a strong position,” “Disney has repeatedly shown that it is exceptionally resilient, bolstered by the quality of our storytelling and the strong affinity consumers have for our brands, which is evident in the extraordinary response to Disney+ since its launch last November.” - Bob Chapek, Chief Executive Officer, The Walt Disney Company

COVID-19 negatively impacted Disney’s business segments in a number of ways, specifically at Parks, Experiences, and Products. Closures of theme parks, retail stores, suspension of cruise ship sailings, and guided tours while experiencing supply chain disruptions occurred in Q2. Disney has delayed theatrical releases and suspended stage play performances at Studio Entertainment. The company has seen advertising sales slump at Media Networks and Direct-to-Consumer & International. Disney has also experienced disruptions in the production and availability of content, including the cancellation or deferral of certain sports events and suspension of production of most film and television content. Many of these businesses have been closed consistent with government mandates. Disney estimates that the COVID-19 impact on operating income at Parks, Experiences, and Products segment was approximately $1.0 billion, primarily due to revenue lost as a result of the closures. In total, Disney estimates that the COVID-19 impact on the current quarter income before income taxes across all of the businesses was as much as $1.4 billion. Impacts on other segments include lower advertising revenue at Media Networks and Direct-to-Consumer & International driven by a decrease in viewership in the current quarter reflecting COVID-19’s impact on live sports events and higher bad debt expense and a loss of revenue at Studio Entertainment due to theater and stage play closures. 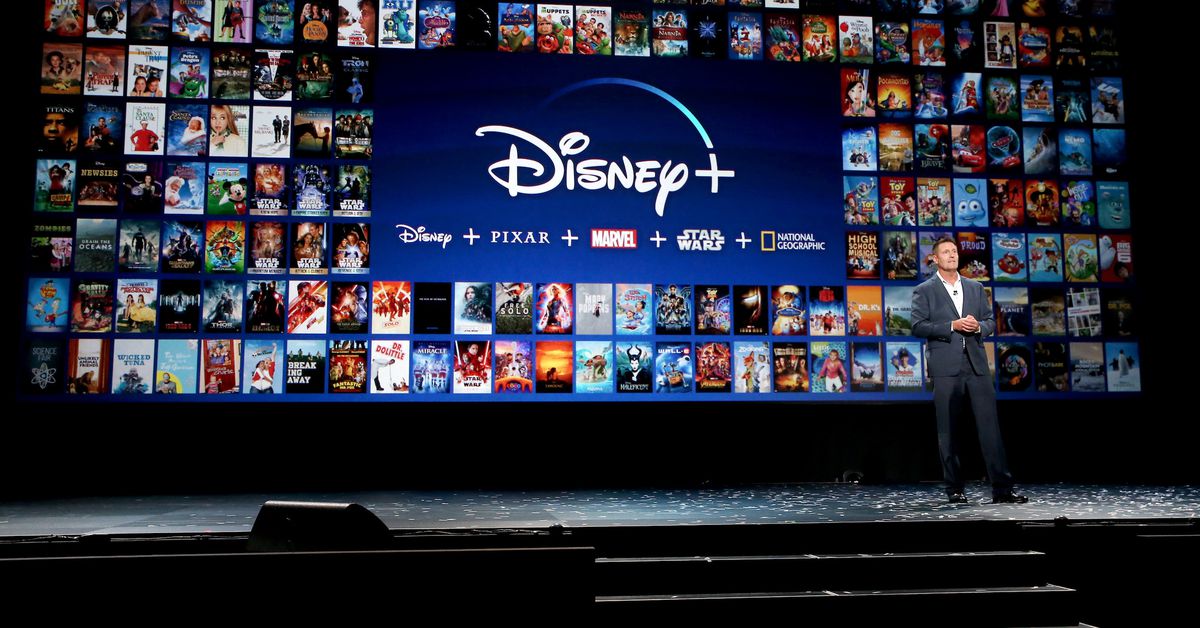 The Gradual Reopening of Parks (Shanghai and Disney World)

Shanghai Disney is reopening its park after being shuttered for four months. It will open with restrictions, including no more than 30% capacity, masked guests, and temperature checks at the gate. This will be the strategy moving forward with all parks as they come back on-line. Tickets are sold out for the earliest days of the reopening for Shanghai Disney. Attendance is capped at 30% or roughly 24,000 guests as adjustments are made for social distancing, masks, and temperature screenings. Disney is also slowly reopening some Florida restaurants and shops on May 20, an initial step in a phased Disney World re-opening. This may bode well for the stock as investors see certainty and the slow turn back to normal operations. Disney’s well-rounded business model will mitigate the COVID-19 impact, and once all these segments are back in full swing, Disney shares will appreciate higher.

After just five months of launch, Disney+ has signed up 50 million paid subscribers worldwide. Disney+ rolled out into eight Western European countries — the U.K., Ireland, Germany, Italy, Spain, Austria, France, and Switzerland. Besides, Disney launched in India on April 3. In less than a week, per Disney, India accounted for ~8 million of Disney+ 50 million paid subscribers.
The 50 million figure is far ahead of estimates on Wall Street and by internal projections. Disney had provided guidance of 60 million-90 million global subscribers by the end of fiscal 2024. It is giving rise to potentially hitting these targets four years ahead of schedule. Later this year, Disney plans to continue expanding Disney Plus throughout Western Europe, as well as across Latin America and Japan, per Kevin Mayer, chairman of Walt Disney Direct-to-Consumer & International. Disney+’ content lineup includes more than 500 films and 350 television series from its collective brands of Disney, Pixar, Marvel, and Star Wars. There are also dozens of originals such as the Star Wars live-action series “The Mandalorian.”

A tug-of-war is erupting on Wall Street between Disney’s streaming successes and the temporary shutdown of its legacy business segments due to COVID-19. All the initiatives that Disney has taken over the previous few years to remediate its business and restore growth appear to be coming to fruition via its Fox acquisition and its streaming initiatives. Disney+ blew out expectations with 50 million paid subscribers thus far in 2020 and on pace to deliver projections four years ahead of schedule. Shanghai Disney and Disney World are coming back on-line slowly with the rest of its parks following suit. Disney continues to invest heavily in its streaming services (Hulu, ESPN Plus, and its Disney+ streaming service) to propel its growth and presence within the streaming space. The company is evolving to meet the new age of media consumption demands via streaming and on-demand content. Disney’s streaming initiatives via Hulu, ESPN Plus, and Disney+ will continue to be major growth catalysts moving forward. The stock is selling at a steep discount of ~30% from its highs of $151 per share. At these reduced COVID-19 levels, Disney is a compelling buy as its legacy business segments get back on track in conjunction with these successful streaming initiatives.

Disclosure: The author holds shares in AAL, AAPL, AMC, AMZN, AXP, DIA, DIS, FB, GOOGL, GS, HQY, JPM, KSS, MA, MSFT, QQQ, SPY, UPS, and USO. However, he may engage in options trading in any of the underlying securities. The author has no business relationship with any companies mentioned in this article. He is not a professional financial advisor or tax professional. This article reflects his own opinions. This article is not intended to be a recommendation to buy or sell any stock or ETF mentioned. Kiedrowski is an individual investor who analyzes investment strategies and disseminates analyses. Kiedrowski encourages all investors to conduct their own research and due diligence prior to investing. Please feel free to comment and provide feedback, the author values all responses. The author is the founder of www.stockoptionsdad.com where options are a bet on where stocks won’t go, not where they will. Where high probability options trading for consistent income and risk mitigation thrives in both bull and bear markets. For more engaging, short duration options based content, visit stockoptionsdad’s YouTube channel.