On Tuesday, March 8, gold futures traded to an intraday high of $2078, roughly $10 below the all-time high of $2088, which was achieved in August 2020. The current decline in gold is the first real price decline since January, when gold hit a low of approximately $1780. Until Tuesday of this week, what followed in February was a dynamic rally resulting in gold gaining approximately $300 when gold traded to $2078. On Wednesday, March 9, gold opened above Tuesday’s closing price of $2043 but closed dramatically lower, resulting in a price decline of $72. Tuesday’s strong decline resulted in gold losing 3.49% in value, the largest single-day loss in 2022.

As of 4:45 PM EST on Friday, March 11 gold futures basis, the most active April Comex contract is currently fixed at $1990.20, a net decline of $10.30 or 0.51%. However, this decline can be largely attributed to dollar strength. Currently, the dollar is up by 0.63% and with the dollar index fixed at 99.12. While gold pricing is lower today, it is completely the result of dollar strength and fractional buying of gold. 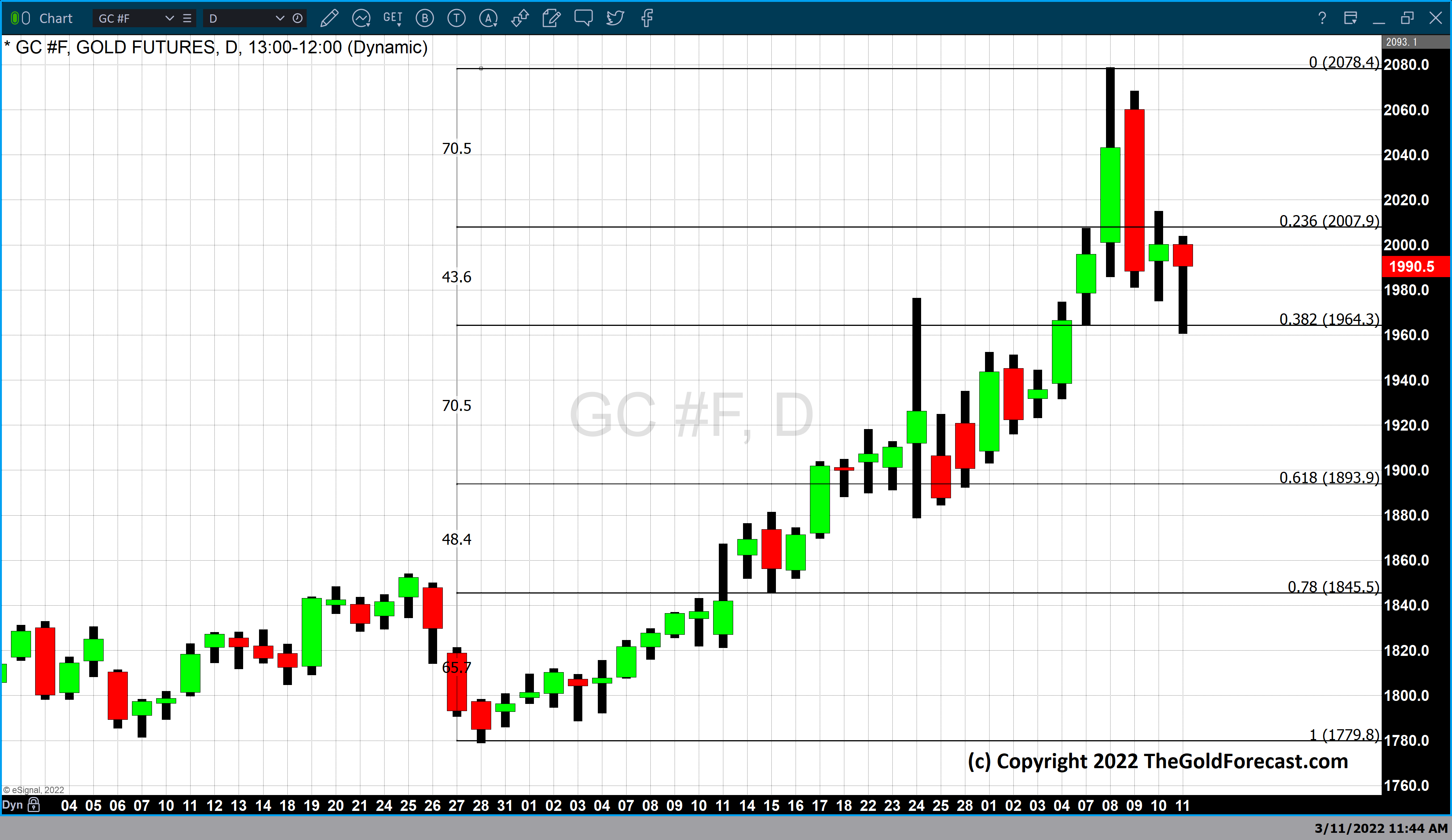 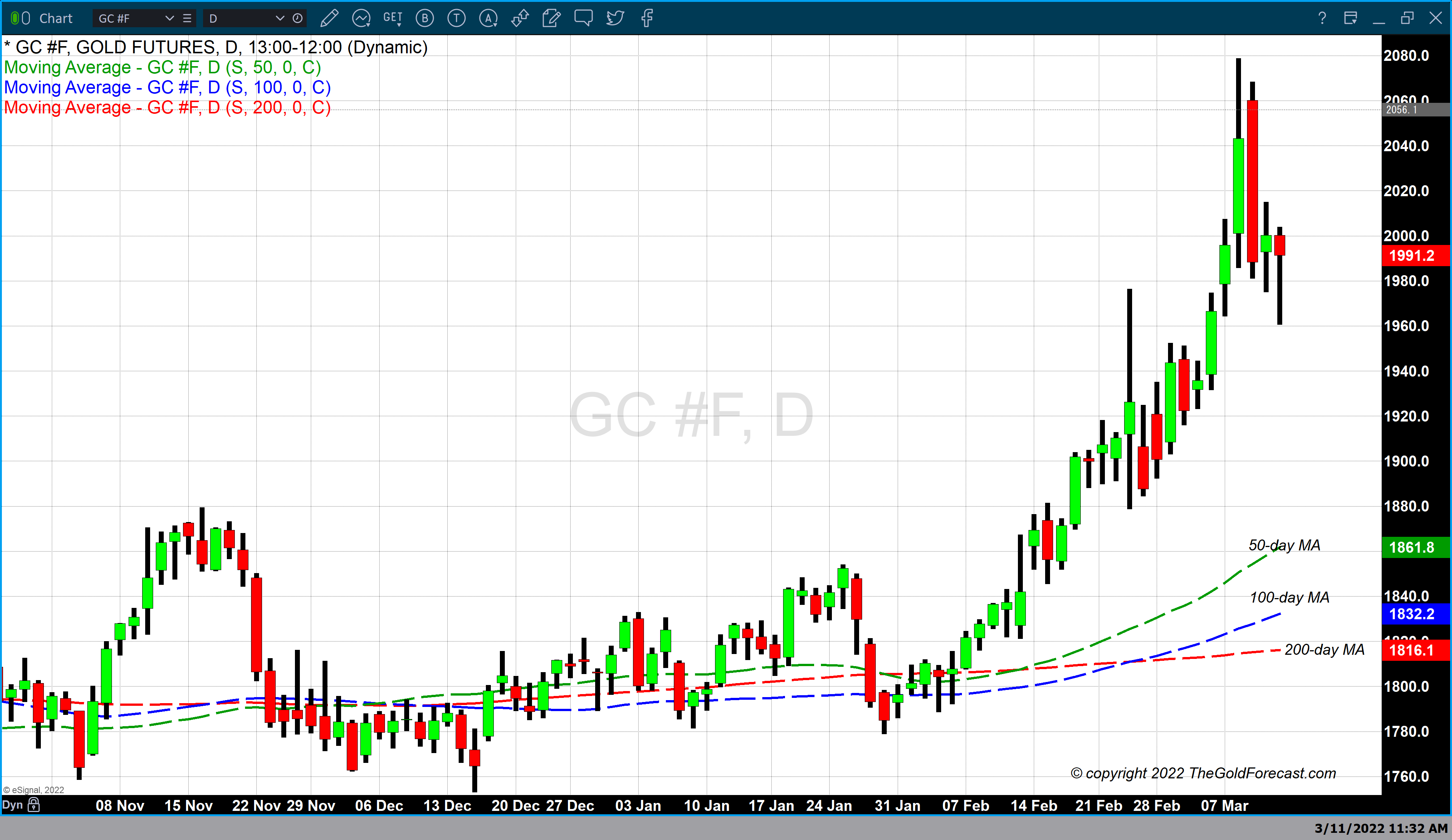 Based on the two technical studies we discussed above, we can derive the following conclusion. First, on a technical basis, the low in gold futures has touched upon the 0.382% Fibonacci retracement level, which is an acceptable level if this current correction will unfold as a shallow correction, as seen in chart 1. It does not confirm that pricing will stabilize here, but it is an important level to watch if gold prices hold this level ($1964) or trade below it. Secondly, even with this week’s correction resulting in a 5.48% decline in pricing from Tuesday’s high to today’s low, the three moving averages are still in full bullish alignment, as seen in chart 2.