Hello traders everywhere. Luckily for us the old saying "New Year, New Me" doesn't seem to apply to the U.S. market as the DOW surpasses the 25,000 mark for the first time ever and the other major indexes soon followed, posting new records as well. This record breaking move higher was propelled by strong U.S. private jobs numbers that added to a stream of robust economic data from across the world.

President Donald Trump even weighed this morning by proclaiming that his new number for the DOW is 30,000. What do you think? Will the DOW hit 30k before then end of 2018? Or are we due for a major correction? 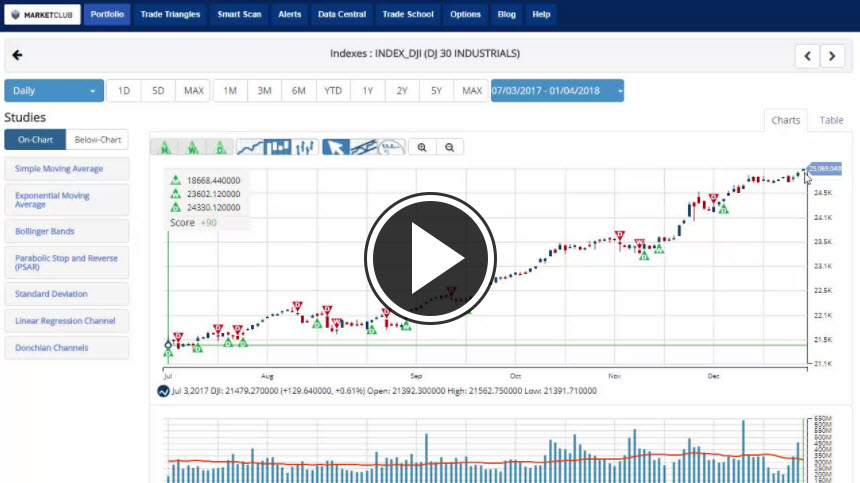 Hello traders everywhere. Gold hit its highest levels since late September on Tuesday, extending a year-end rally that saw the metal rise 6.3% in the last three weeks of 2017. An early morning drop by the Dollar helped drive gold prices above $1,315 an ounce in early trading.

The weaker dollar, which posted its most significant annual drop since 2003 last year, helped to lift gold by more than 11% in 2017. The metal surged $78 an ounce over the last three weeks of the year alone. 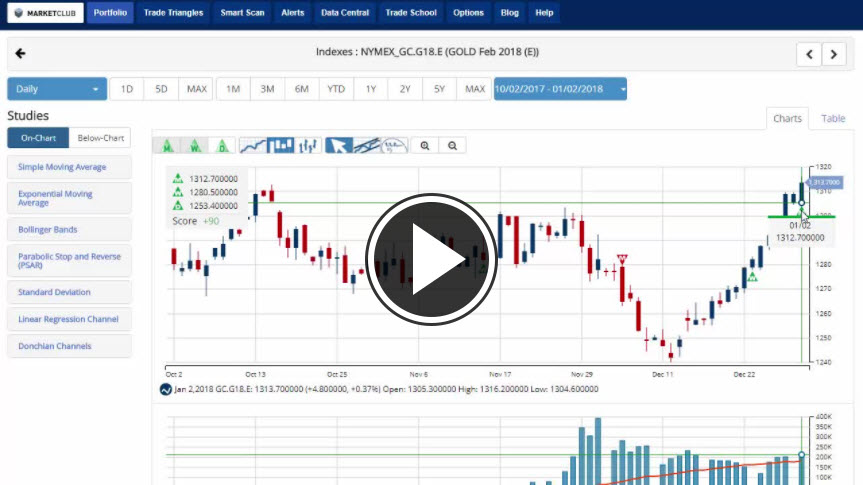 After ending the year on a down note, falling from an all-time high above $19,000, Bitcoin is fighting back this afternoon after opening the year lower on Monday and is currently trading up 3% on the day trading at the $13,800 level.

Coinbase, one of the biggest bitcoin marketplaces, announced at 11 am this morning that all buying and selling is temporarily disabled amid the price rout making it impossible for investors to cash out of their trades. This isn't a new phenomenon for Coinbase, as they have struggled in recent months to keep up with high demand. On Dec. 12, the company temporarily suspended buys and sells of Ethereum twice in one day.

Is this panic selling by new investors or business as usual for Bitcoin? New investors in Bitcoin may not realize how volatile the cryptocurrency has been it's entire life to this point. It's not uncommon to a significant sell-off that can last months, only to see the trend reverse and head higher. Bitcoin itself is exceptionally resilient. 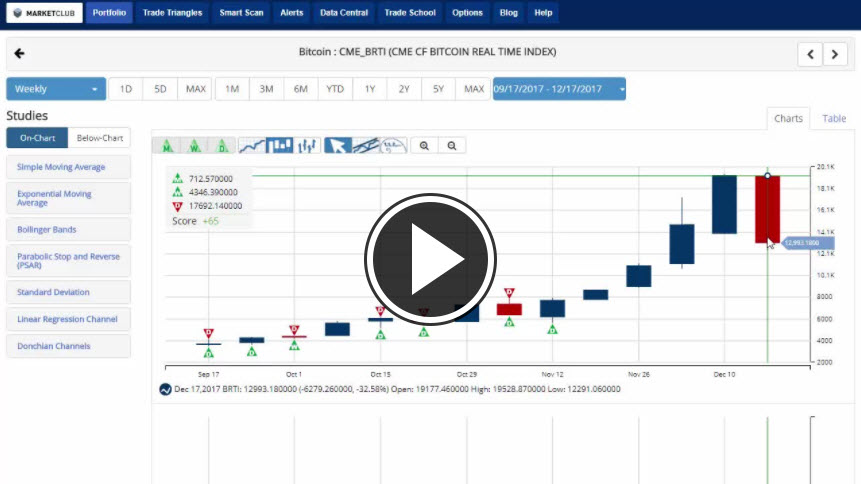 Hello traders everywhere. The Republican-controlled U.S. House of Representatives passed a sweeping tax bill which will be the most significant overhaul of the U.S. tax code in over 30 years. The Senate had already voted in favor of the bill, and now we wait for President Trump to sign the bill into effect.

The proposed changes include cutting the corporate tax rate to 21% from 35% from Jan. 1, which could boost company earnings and pave the way for higher dividends and stock buybacks. 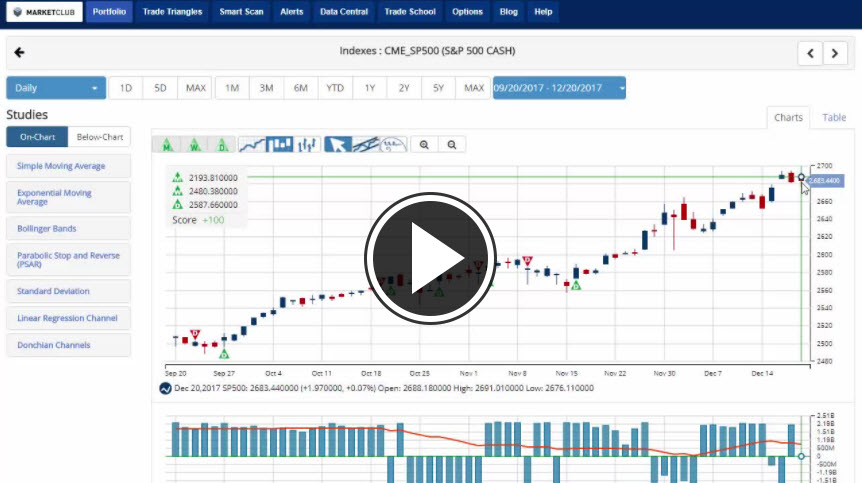 The three major stock indexes are holding steady near record highs, but relatively unchanged on the day after the bill was passed. Stock futures had risen sharply before the open, with Dow futures climbing more than 100 points only to sharply fall from those highs as the market opened for regular trading. The cause for the drop was a rapid rise in interest rates that saw the 10-year U.S. yield hit 2.497%, its highest level since March 21, while the two-year yield rose to its highest level since October of 2008.

Hello traders everywhere. All three of the major indexes are marching along to record highs and looking to close the week out at record highs. This move higher is primarily due to Tax Reform, which is expected to be delivered by the GOP this afternoon.

Once delivered the Republican leaders hope to hold a vote on the legislation in the full House and Senate next week. President Donald Trump touted a tax cut regularly during his campaign and wanted an approved bill on his desk for his signature before Christmas.

It would be Trump's first major legislative victory since taking office in January. 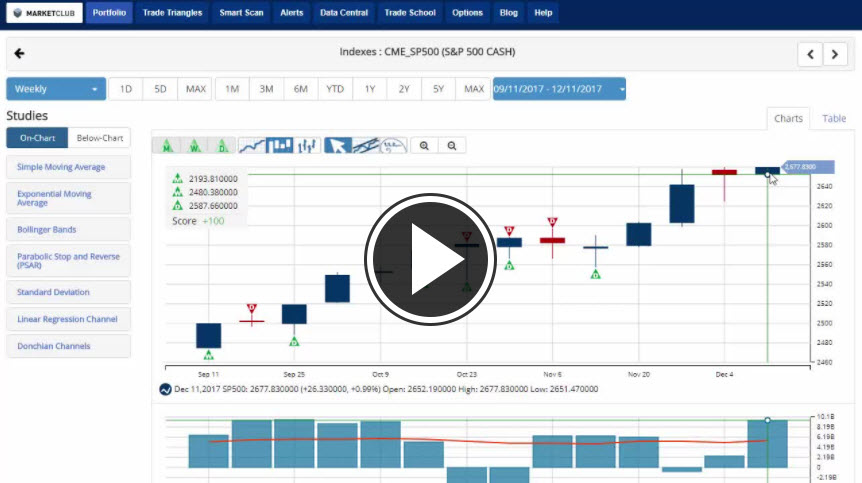 Bitcoin is close to another all-time high of almost $18,000 on the Bitstamp exchange on Friday, up 9% on the day, even as warnings grow over the risks of investing in the highly volatile and speculative instrument. This record push is partly due to the CME futures that are going to start trading on Sunday, which should see significant trading vs. the lighter volume that the CBOE saw last week.