Hello MarketClub members everywhere. The Nasdaq has fallen more than 1% today, retreating from an early record and turning sharply lower for the week. The technology sector has abruptly fallen this afternoon on what could be viewed as profit taking after the recent run-up.

The Dow is fighting to stay in positive territory for the day and week while the S&P 500 has turned slightly lower for the day and the week as gains in both financial and energy shares offset the losses in the tech sector. 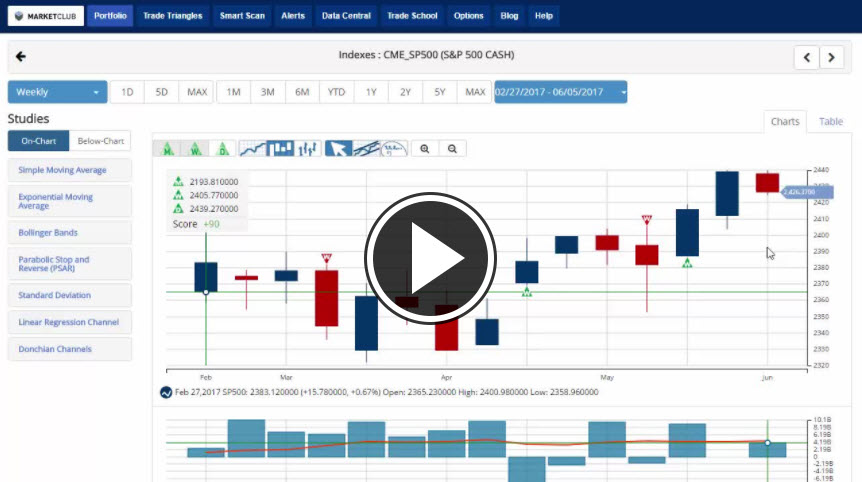 Hello MarketClub members everywhere. The markets continue to climb to record levels despite the Labor Department reporting that 138,000 jobs were created last month. These numbers were well below the expected 185,000. Wages also grew less than expected, with average hourly earnings rising at a 2.5 percent annualized rate. The unemployment rate, however, fell to 4.3% from 4.4%. 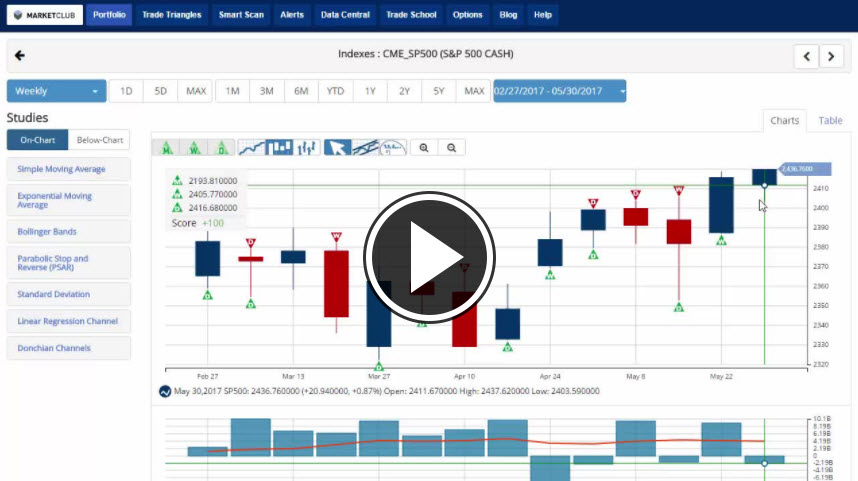 Crude oil tumbled below $47 a barrel, heading for a second straight week of losses, on worries that President Donald Trump's decision to abandon a climate pact could spark more crude drilling in the United States, worsening a global oversupply. 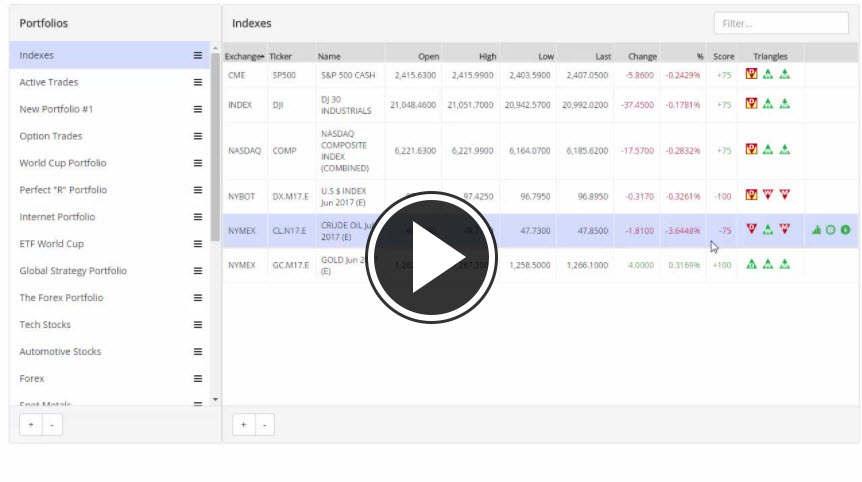 Hello MarketClub members everywhere. The markets are little changed today heading into the long holiday weekend here in the U.S. This comes on the heels of a six-day rally that took all three of the major indexes to all-time highs. 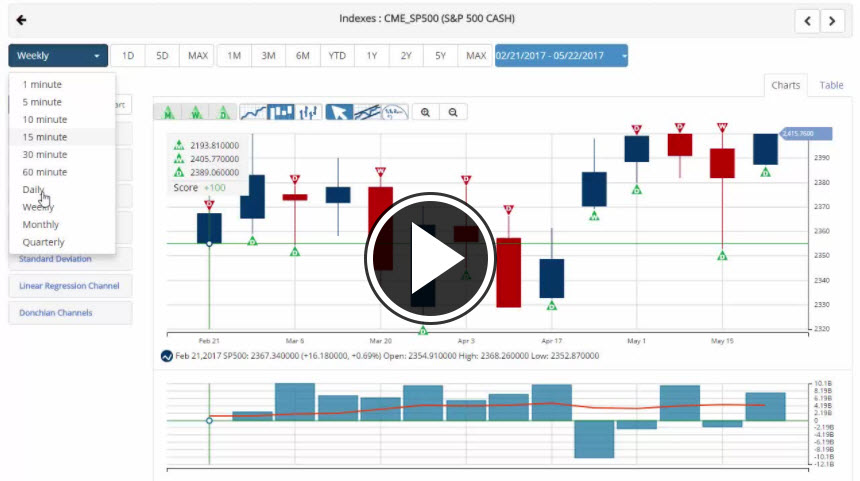 The big loser this week was oil, which is currently trading down 2.15% for the week. The drop came as OPEC moved to prolong supply cuts for nine months. This news disappointed traders that were hoping for more.

Hello MarketClub members everywhere. After erasing the losses from the biggest drop of the year last Wednesday, the markets have entered a bit of a holding pattern. Traders are waiting for the Federal Reserve to release their meeting minutes for the May meeting. Everyone is waiting to see if there will be a rate increase next month. Fed funds futures show that traders now see a 75% chance that the Fed will raise interest rates in June. The minutes will be released at 2 p.m. ET. 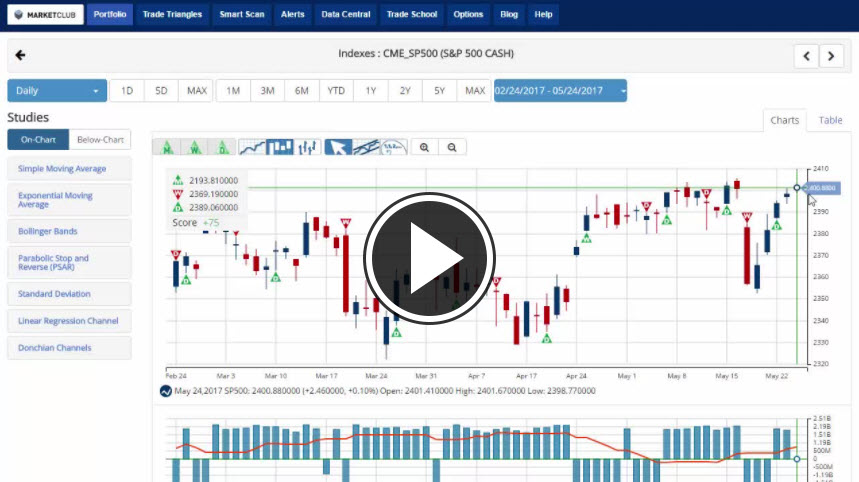 After six days of gains, crude oil has cooled off a bit as OPEC prepares for a crucial meeting in Vienna on Thursday. Meanwhile gold triggered a new red daily Trade Triangle indicating that gold may be preparing to head lower.