Hello MarketClub members everywhere. By saying the words "Phenomenal tax plan" on Thursday, President Trump jump-started the "Trump Trade" as markets resumed their assault on record highs. President Trump also said in a meeting with the airlines on Thursday that "lowering the overall tax burden on American business is big league... that's coming along very well," adding that an announcement would come over the next two or three weeks. Stocks have climbed to record highs following these remarks. 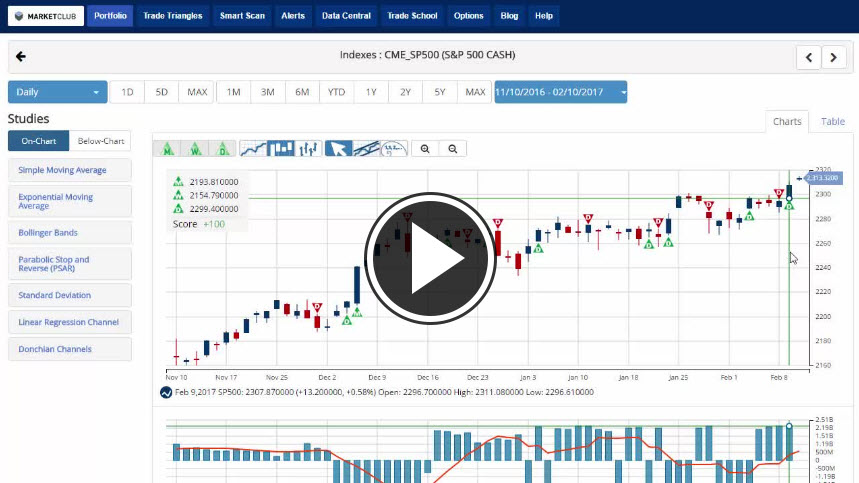 But that begs the question, who was really trading yesterday? With the massive snowstorm in the northeast the trading volume was lower than average and it seems that the trading computers were the ones pushing the market higher. Scary to think about right?

Hello MarketClub members everywhere. Oil prices rose off the morning lows after government data showed that U.S. gasoline supplies unexpectedly slipped, while crude stockpiles have increased the most since October.

Gasoline stockpiles fell 869,000 barrels, pushing refining margins higher. Crude inventories climbed 13.8 million barrels in the week ended Feb. 3, the Energy Information Administration (EIA) said. That was in line with the industry-funded American Petroleum Institute, which reported a 14.2 million-barrel increase on Tuesday. Gasoline demand climbed the most in a year. 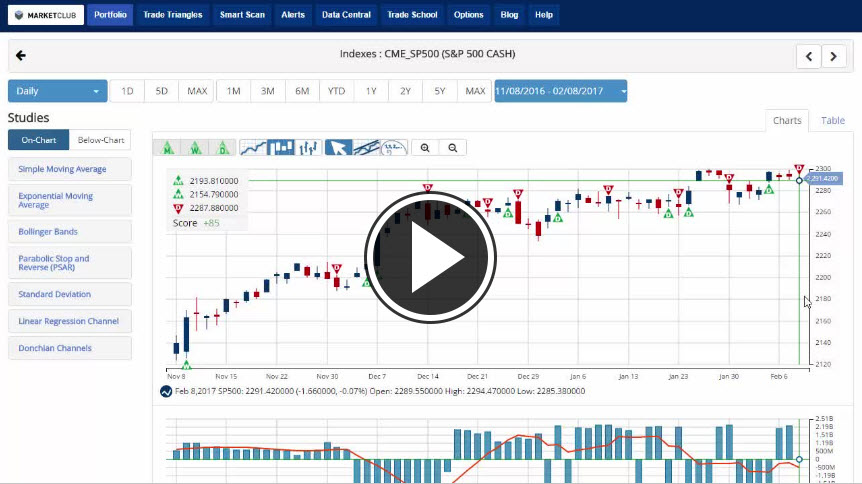 "There's been a lot of concern about plunging gasoline demand and with this report, it's returned to normal levels," John Kilduff, a partner at Again Capital LLC, a New York-based hedge fund that focuses on energy, said by telephone. "Healthy gasoline demand eventually translates into higher refinery runs and increasing crude demand." END_OF_DOCUMENT_TOKEN_TO_BE_REPLACED 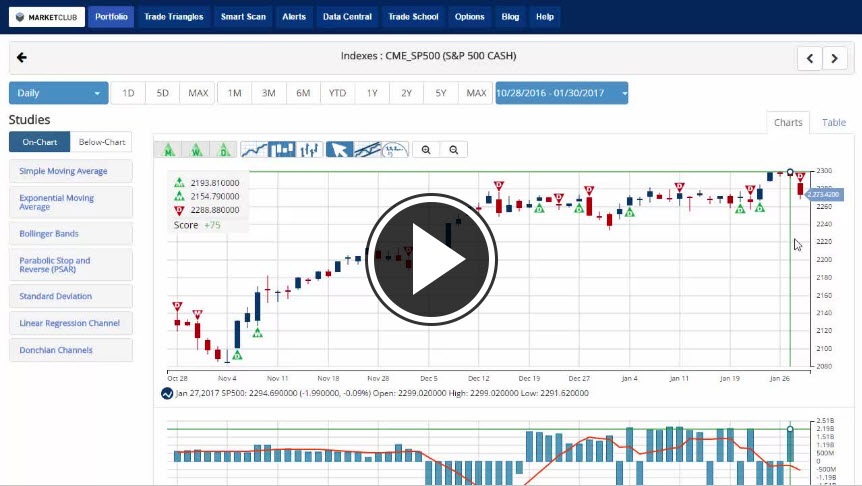 Then there is the Federal Reserves midweek meeting where it's expected that they will keep rates steady and unchanged after the meeting. However, traders will be looking for signs about the possible timing and pace of future rate increases.

Friday's jobs report will shed some light on the health of the U.S. labor market, which after last weeks GDP dip may be the only bright spot in the U.S. economy.

Hello MarketClub members everywhere. U.S. economic growth slowed more than expected last quarter on the biggest drag from trade in six years and more moderate consumer spending. However, business investment did pick up, which may be a sign that we can expect faster expansion in 2017. 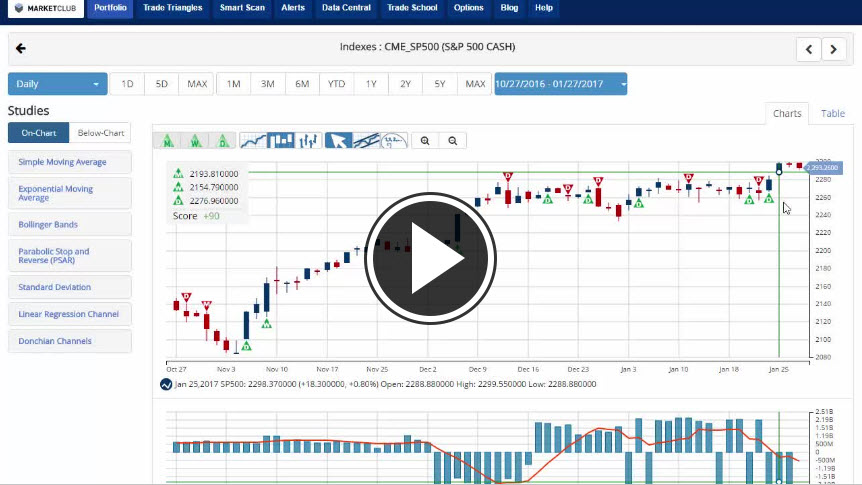 The gross domestic product (GDP), rose only 1.9 percent in the 4th quarter on the heels of the 3rd quarter's 3.5 percent gain which happened to be the largest increase in two years. The reading fell short of expectations of economists surveyed by Bloomberg News, who had forecast a 2.2 percent annualized growth in the period. Consumer spending, the biggest part of the economy, climbed 2.5 percent, in line with projections.

The results capped growth at 1.6 percent for the full year (2016) and reinforce the leading role of household purchases while showing that businesses are starting to spend again. The strong job market and optimism among consumers and companies for President Donald Trump's policies are likely to keep growth humming along in 2017, though tensions over trade could temper any gains.

Hello MarketClub members everywhere. Stocks and the U.S. Dollar are falling as President Donald Trump promised a "very major" border tax and signed an executive order on Monday to withdraw the U.S. from the Trans-Pacific Partnership (TPP) trade deal and all indications are that he will sign an order to renegotiate the North American Free Trade Agreement (NAFTA) as he begins his reworking of America's trade relationships.

Most investors are also awaiting further details on the new president's plans to boost government spending before jumping back in the market. Are you one of the investors waiting? 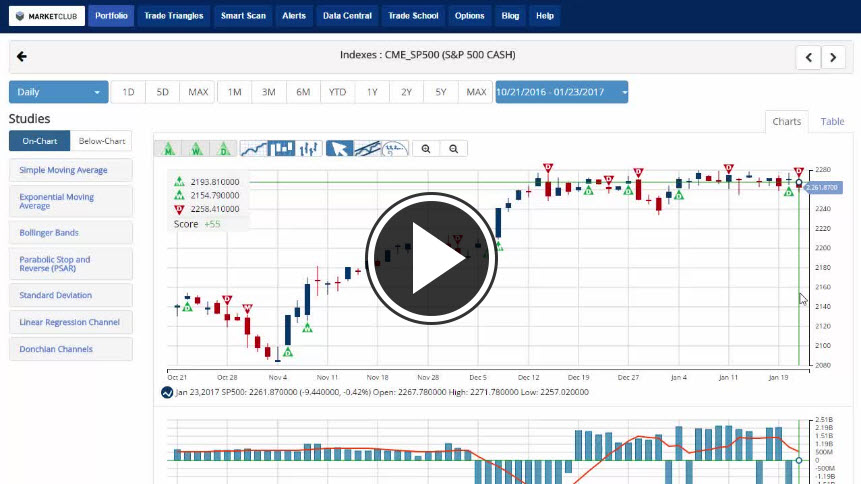