Hello traders everywhere. For the first time in a year WTI crude oil is traded below $54 a barrel hitting a low of $53.63. Oil fell as much as 6% as fears are surfacing that OPEC's planned production cuts will do little to stave off a surge in global stockpiles.

Bitcoin finally made a significant move to break out of the tight trading range that it had been trapped in. Unfortunately for Bitcoin bulls, it was not the move that they were looking for as it dropped almost 13% on Monday and continued lower Tuesday shedding another 4.8% to trade at the new yearly low of $4,547.00. The cryptocurrency is now down more than 60% year-to-date and more than 70% since its all-time high. Where will it stop? $3000, $2000 or $1000? 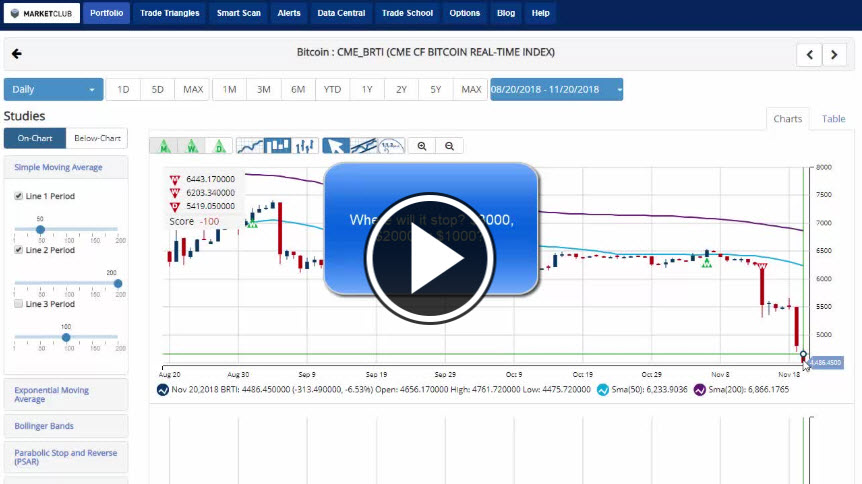 Not to be outdone by oil and Bitcoin, stocks are all continuing the sell-off that started Monday with the S&P 500 dropping 1.6%, the DOW is once again below 25k, shedding 2% and the NASDAQ is trading back below 7,000 losing 1.6%. The recent sell-off has once again pushed the stock market back below the yearly open, shedding all of the gains that came with record highs earlier in the year which has driven all three indexes into correction/bear market territory. It's looking more and more like we have a good to chance to end the year lower unless we get the Santa Clause rally.