Let me begin by acknowledging the Chinese New Year. You might ask yourself, "What does that have to do with the markets here in the US?" My answer to you would be everything. Remember how influenced we were with the slowdown in China last year? This slowdown could be exacerbated in 2016, putting even more pressure on our markets here.

2016 represents the year of the "Red Monkey" on the Chinese calendar and it does not auger well for stocks according to "The Business Times" of Singapore.

Here's what they say:

"Do not expect the Year of the Monkey to be easy for investments. You need to outsmart the monkey to do well in the lunar year 2016. Do expect world events impacting stock markets and investments to change sharply and quickly, like the agile monkey."

"Expect markets to be volatile in the first half of the year (we've already got that) and for events to unfold quickly," their Chinese astrology expert says.

"The Year of the Monkey is going to shake, rattle and roil financial markets. One has to be as intelligent, witty and nimble as the monkey to do well in such investment landscape," he writes.

The most-recent Monkey year was 2004. In that year, the Shanghai Composite climbed 36% only to come crashing down in a 44% correction that bottomed in June 2005 (and then rallied 500%).

MarketClub translation - be nimble in 2016.

Yelp Inc. (NYSE:YELP) and Owens-Illinois Inc. (NYSE:OI) announce their Q4 earnings after the close today. Yelp closed at $18.04 on Friday, which represented its lowest close since November of 2014. If you followed my advice on Friday based on the 52-week rule, you should be short this stock.

The technical picture for this stock does not look good and I expect it to continue to move lower and eventually take out the all time low which was on June 4, 2012 at $14.10. At the moment, I have a downside target of $5.00 for this stock based on a technical measurement. This stock has all of its Trade Triangles in a negative mode which would should suggest a short position be taken before the earnings announcement is made at the close. 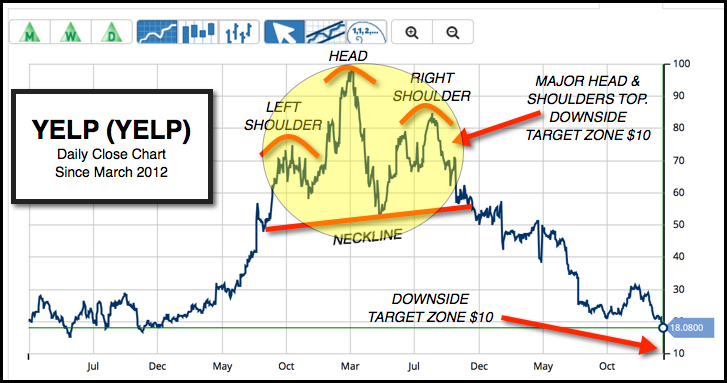 A similar picture is in place for Owens-Illinois Inc. (NYSE:OI) which is a glass maker based here in the states. This stock is also tanking and closed at its lowest levels since 2009. I expect to see this stock move down and challenge the lows that were set on March 6, 2009 at $9.73. After the close today, Owens-Illinois is expected to announce its Q4 earnings. I expect earnings to be disappointing. This stock has its two major Trade Triangles in a red negative mode which suggests a short position should be taken before the earnings announcement is made after the close. 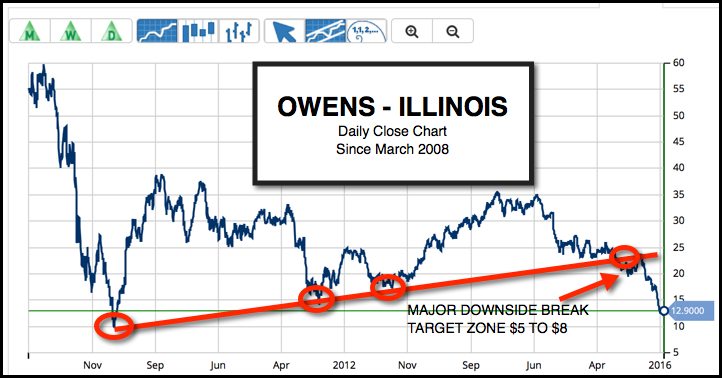 It is going to be a volatile week and we all need to be nimble.

4 thoughts on “Is It A Monkey That's Going To Sink The Market?”