After a mad dash to the upside for gold and a similar dash to the downside for the U.S. dollar, investors are getting their bearings once again. April's disappointing jobs report refocused everyone on the potential economic slowdown and a still-dovish Fed. Brien Lundin of Gold Newsletter paints the big picture of how speculation over the Fed's actions to raise interest rates is affecting gold and gold equities, and he discusses two companies that have not appreciated as much as their peers but are likely to soon catch up. 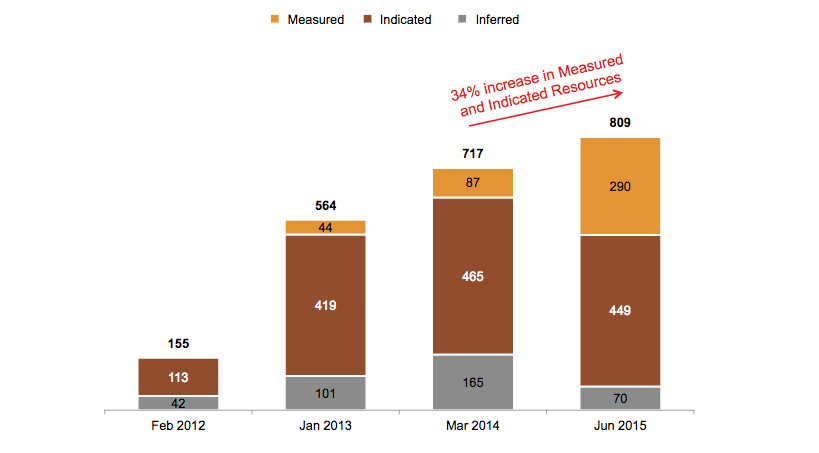 Gold and gold stocks have maintained their gains since early May. And it's largely due to a significant downside miss in the nonfarm payrolls report for April: Against consensus expectations of 205,000 jobs created in the month, April's number came in at just 160,000 jobs. It wasn't quite as bad as the headline number may indicate: Average hourly earnings rose by 8 cents (0.3%), while the average work week added 0.1 hour.

"Gold and gold stocks have maintained their gains since early May."

Still, in an interview recently on CNBC, Atlanta Federal Reserve President Dennis Lockhart volunteered a 200,000-job benchmark as a level that would be conducive to further Fed rate hikes. The miss on jobs, combined with dismal, 0.5% GDP growth for the first quarter, should put a stake in the heart of hopes for a rate hike at the Fed's mid-June meeting.

Moreover, Britain's Brexit votecoming a few days later on June 23remains a formidable barrier to any Fed action in advance of the vote.

In fact, expectations for the timing of the next hike have now been pushed well into 2017 before we get to a "50/50" projection.

So, the market was a bit dizzy after the sharp run higher in the metals at the end of April. Investors had temporarily lost sight of why the metals were rising.

Said reason being the persistent weakness in the U.S. economy that seems to be constantly postponing any Fed action, or at least any Fed moves to raise rates. There also remains the lingering possibility that, should GDP growth slip into the negative zone, the Fed may actually move to ease monetary policy again.

In fact, there's the chance that the Fed would join many of its fellow central banks in instituting negative interest ratesa move that would quickly send gold far, far higher.

"Gold seems to have proven that this year's run is much more than the typical, short-lived rallies that we've seen at similar times during the long bear market."

Regardless, from both technical and fundamental standpoints, gold seems to have proven that this year's run is much more than the typical, short-lived rallies that we've seen at similar times during the long bear market.

Of course, the mining stocks have been saying this for some time.

Looking back, the current market environment reminds me of 2002. Early in that year, gold had risen more than 30% from its lows, and the mining stock indices had more than doubled.

That was itthe big move was obviously overwas the consensus opinion.

But it was far from over. In fact, gold and mining stocks would multiply over and over again in the coming years. And the biggest winners soared 10, 20 and more times in value.

That's the scope of the opportunity that's facing us today.

Now, we still have the massive commercial net short position working against us, and in truth it has likely been this iceberg sell order that has kept gold from breaching $1,300/ounce and staying there.

But more fundamental news like the April jobs number will put the pressure back on the commercials, and greatly increase the chances of overwhelming them.

"We need to remain strongly positioned in the sector, because this market has surprised everyone with its staying power."

Considering the truly extraordinary profits we've realized so far this year (and considering how miserable the previous four-and-a-half years were), we simply have to seriously look at taking some profits off of the table.

We need to remain strongly positioned in the sector, because this market has surprised everyone with its staying power. But shaving profits as we go does not equate with abandoning the market altogether.

In fact, we also need to look at gold plays that have heretofore underperformed for some reason.

In the case of Pershing Gold, the company is up "only" about 15% so far this year. This compares against many other gold plays that have more than doubled.

The underperformance is likely due to two things: One, an unfortunately timed financing that was priced at lower levels earlier in the year but not closed until the end of March, after the market had already run considerably higher.

And, two, some remaining skepticism that Pershing will be able to successfully produce gold at the Relief Canyon mine, where previous operator Pegasus had run into difficulties, including recovery rates.

The latter point revolves around a perception that all of the high-grade gold at Relief Canyon is contained in troublesome sulphide ore. This much may be true, but skeptics fail to realize that such ore makes up only about 2% of the total resources, and isn't factored into the economics in any case.

With a lot of news coming up, including a resource update and preliminary economic assessment due at some point over the next couple of months, Pershing Gold could go a long way toward catching up with the rest of the market.

For Columbus Gold, the performance news is a bit better: The stock is up about 86% so far this year. Still, the company's relative underperformance was largely due to a very large shareholder that had been unloading its position from mid-December until very recently. The company has just facilitated the purchase of the remaining shares held by Auplata S.A.

As of mid-December, Auplata had owned about 20 million shares of Columbus, which it had received as partial compensation for the sale of the Paul Isnard property in French Guiana to Columbus in 2011.

With this overhang removed, the way would appear clear for Columbus to also play catch up to its peer group.

With a career spanning four decades in the investment markets, Brien Lundin serves as president and CEO of Jefferson Financial, a highly regarded publisher of market analyses and producer of investment-oriented events. Under the Jefferson Financial umbrella, Lundin publishes and edits Gold Newsletter, a cornerstone of precious metals advisories since 1971. He also hosts the New Orleans Investment Conference.

Disclosure:
1) The following companies mentioned in the article are sponsors of Streetwise Reports: Pershing Gold Corp. and Columbus Gold Corp. The companies mentioned in this article were not involved in any aspect of the interview preparation or post-interview editing so the expert could speak independently about the sector. Streetwise Reports does not accept stock in exchange for its services. The information provided above is for informational purposes only and is not a recommendation to buy or sell any security.

4) The article does not constitute investment advice. Each reader is encouraged to consult with his or her individual financial professional and any action a reader takes as a result of information presented here is his or her own responsibility. By opening this page, each reader accepts and agrees to Streetwise Reports' terms of use and full legal disclaimer.