CVS Health Corporation (NYSE:CVS) is going all in with a $69 billion acquisition of Aetna Inc. (NYSE:AET) to form a colossus bumper-to-bumper healthcare company. This new CVS will combine its existing pharmacy benefits manager (PBM) and retail pharmacies with the second largest diversified healthcare company via the proposed Aetna acquisition. This is a hefty price tag yet may be necessary to compete in the increasingly competitive healthcare space in the face of drug pricing pressures. The $69 billion acquisition will not come cheap and require issuing debt and diluting the share base as this will be funded via a combination of stock and cash. CVS has been in a downward spiral since its all-time highs of $112 in 2015 to lows of $67 in 2017, translating into wiping out 40% of its market cap. Several headwinds have negatively impacted its growth, and the changing marketplace conditions have plagued the stock. Exacerbating this downward movement, Amazon (AMZN) has entered the fray and has resulted in another leg down for the stock. The latter half of 2015 through 2017, the political backdrop was a major headwind for the entire pharmaceutical supply chain from drug manufacturers to pharmacies/pharmacy benefit managers (i.e., CVS and Walgreens (WBA)) and the drug wholesalers in-between (i.e. McKesson (MCK), Cardinal Health (CAH) and AmerisourceBergen (ABC)). Lastly, Amazon’s purchase of Whole Foods and behind the scenes moves in the healthcare space has incited rumors that Amazon is looking to gain entry into the pharmacy space via leveraging the Whole Foods physical footprint. The Amazon threat has become a formidable challenger in this space as it has in the past with other industries with its first real pivot after acquiring Whole Foods with major plans in entering the pharmacy space. I believe CVS will undergo short-term stock pressure but long-term appreciation as this move was a defensive yet necessary acquisition moving into the future. 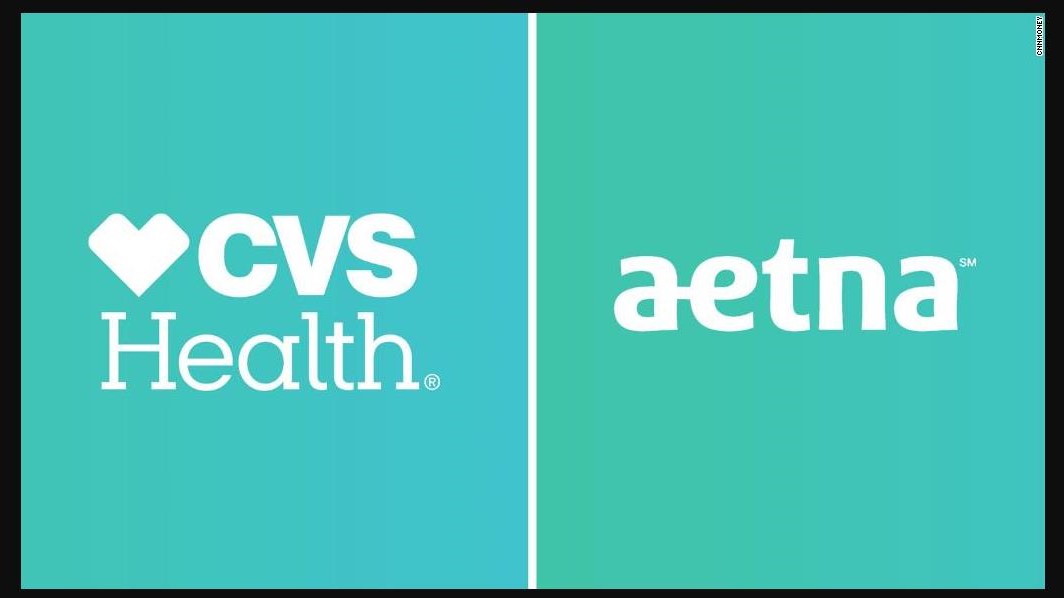 The Aetna acquisition creates the first through-in-through healthcare company, combining CVS's pharmacies and PBM platform with Aetna's insurance business. Per the agreed terms, Aetna stockholders will receive $207 per share, $145 in cash and $62 in stock. Collectively, the acquisition is valued at $78 billion.

"This combination brings together the expertise of two great companies to remake the consumer healthcare experience." "With the analytics of Aetna and CVS Health's human touch, we will create a healthcare platform built around individuals." CVS President and CEO Larry Merlo said in a statement.

The acquisition will provide CVS with more scale to bargain for better prices for the prescription drugs it sells through its PBM business. For Aetna, the deal is a pivot after its attempted merger with Humana was blocked by a federal court on antitrust grounds. This would be a vertical integration for CVS as opposed to a horizontal acquisition of a direct competitor. These types of acquisitions are ostensibly more likely to pass antitrust authorities for approval. If this acquisition is approved, I think CVS will benefit in the long-term as this is a much-needed move to fend off competition in the space and restore growth within the company.

The backdrop without the potential Amazon threat was positive in my opinion considering the past acquisitions of Target’s (TGT) pharmacies and the Omnicare. These proactive measures significantly expanded its presence and ability to dispense prescriptions to the general public and in long-term care facilities. As healthcare costs and prescription drug costs continue to rise and the population continues to age with the elderly comprising a larger segment of the overall population, CVS looked poised to benefit. That was until Amazon decided to entertain the possibility of entering the pharmacy benefits management space. Early reports consisted of rumors and the potential impact of Amazon with its technology and reach disrupting the current marketplace. Amazon hired a business lead to figure out how the company can break into the pharmacy market and built an internal pharmacy benefits manager for its employees. Furthermore, Amazon has also hired a managing director of the healthcare and life sciences group. Whether or not this is directly related to selling prescriptions and the intent thereof is unknown however these moves are potentially invading on CVS’s turf. Amazon has also started selling medical supplies and equipment in the U.S.

With Amazon’s recent $13.7 billion acquisition of Whole Foods, Amazon has officially entered the retail space and has shown further intentions to gain entry in the healthcare space, more specifically the potentially lucrative prescription drug space. There’s a lot of speculation that Amazon will disrupt the entire grocery space as it has successfully done to some retail brick and motor businesses. An extension of that thesis threatens ancillary retail companies such as CVS considering CVS operates storefronts. It has been theorized that Amazon will leverage the Whole Foods storefronts as a means to enter the pharmacy business. Ostensibly, Amazon is inching its way towards the pharmacy space with its first pivot via the Whole Foods acquisition. Amazon seems to be on the brink of deciding whether or not it will be selling drugs online while its push into pharmacy is very much an "if" and not a "when." Amazon is in the final stages of ironing out its strategy to get into the multibillion-dollar prescription drug market. The U.S. prescription drug market is estimated to be a $560 billion per year business, so the opportunity is vast for a potential Amazon entry. Thus far in 2017, Amazon has ramped up its hiring and consulted with dozens of people about a potential move into the pharmacy market. Amazon decided to bring in talent to build an internal pharmacy benefits manager for its employees. This internal effort may serve as a proof-of-concept for the broader drug supply chain effort. Amazon already has a business selling basic medical supplies online (i.e., gauze and thermometers). Amazon has a health team called 1492, which is focused on both hardware and software projects, like developing health applications for the Echo and Dash Wand. Its cloud service, Amazon Web Services, continues to dominate the health, life sciences and technology market.

Express Scripts has taken notice of Amazon’s intent to enter the prescription drug market and acquired medical-benefits manager EviCore Healthcare for $3.6 billion as a defensive move as well. The Evicore acquisition should help to stabilize earnings and provide a sense of sustainability of the business due to the sector-wide pricing pressures and government backdrop. This is noteworthy and provides credibility to the Amazon threat considering Express Scripts was downgraded due to "escalating competitive pressures." Express Scripts was recently stung by the loss of its biggest customer Anthem, which represented nearly a third of its 2016 earnings. CVS has since picked up this contract that lapsed from Express Scripts with Anthem. Amazon may be hungry and entering the arena considering it already has drug wholesaler licenses in 15 states. Winning a contract with smaller, ancillary player could be the difference on how quickly Amazon becomes relevant as a pharmacy benefit manager player.

CVS Health Corporation (NYSE:CVS) is making a strategic defensive move to fend off competition and restore growth to its business. CVS is going all in with a $69 billion acquisition of Aetna to form a potential colossus healthcare company. This new CVS will combine its pharmacy benefits manager (PBM) and retail pharmacies with the second largest diversified healthcare company. Since its all-time highs in 2015, several headwinds have negatively impacted its growth, and the changing marketplace conditions have plagued the stock. Exacerbating this downward is Amazon’s potential entry into the space. With Amazon’s recent $13.7 billion acquisition of Whole Foods, Amazon has officially entered the retail space and has shown further intentions to gain entry in the healthcare market, more specifically the potentially lucrative prescription drug space. CVS isn’t the only company in this space to make a splash in the M&A market as a defensive move; Express Scripts has taken notice of Amazon’s intent to enter the prescription drug market as well and acquired medical-benefits manager EviCore Healthcare as a hedge. I believe this was a prudent move from CVS to restore growth and fend off the competition. Diluting the share base and raising debt will likely be a short-term headwind, however, bear fruit over the long-term.

Disclosure: The author does not currently hold shares of CVS. The author has no business relationship with any companies mentioned in this article. He is not a professional financial advisor or tax professional. This article reflects his own opinions. This article is not intended to be a recommendation to buy or sell any stock or ETF mentioned. Kiedrowski is an individual investor who analyzes investment strategies and disseminates analyses. Kiedrowski encourages all investors to conduct their own research and due diligence prior to investing. Please feel free to comment and provide feedback, the author values all responses. The author is the founder of stockoptionsdad.com a venue created to share investing ideas and strategies with an emphasis on options trading.