Hello traders everywhere. Volatility is the name of the game today after the DOW opened 567 pts lower only to reverse course and gain 367 pts before heading back into negative territory. Of course, this comes on the heels of a historic day where we saw the DOW shed over 1,150.00 (3.5%), the S&P 500 110 pts (4.6%) and the NASDAQ 250 pts (4.1%). The bulk of the selling came late in the afternoon after all three indexes broke through the 50-day moving average and when that happened traders headed for the exit in record-breaking fashion with the DOW falling over 1600 pts in that span.

I think the key thing here is to take a breath. As traders, we all knew this was coming sooner or later. There was no way that the low-volatility run to the upside was going continue without a major correction along the way. In fact, it's been two years since our last major correction to the downside. If you've been on the sidelines looking for a place to get in, now may be the time as some of the big players in the markets can be had at a discount, so take a deep breath and get to work. 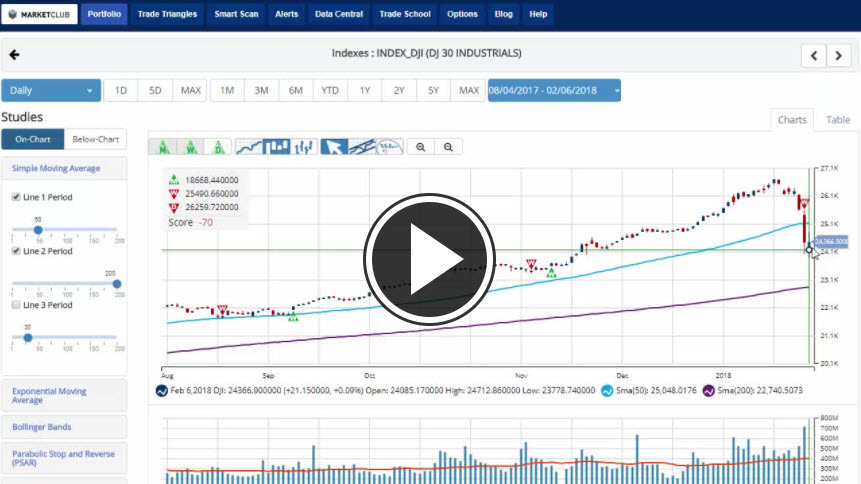 The gains came amid a U.S. Senate hearing on virtual currencies in which J. Christopher Giancarlo, chairman of the Commodity Futures Trading Commission (CFTC) and Jay Clayton, chairman at the Securities and Exchange Commission (SEC) have been testifying. The Senate is examining the role of the SEC and CFTC in regulating virtual currencies. Clayton in testimony on Tuesday said Congress might need to change financial laws to regulate cryptocurrencies.

After a massive run-up last year, in which investors across the world piled into the market, cryptocurrency prices have skidded lower while regulators have stepped up warnings about the risk of investing in them.