Hello traders everywhere. The weak finish by the stock market in August continued this week ending with all three indexes in negative territory. The S&P 500 is down almost 1% at -.97, the DOW is down -.33% and the NASDAQ suffered the worse loss of the three losing -2.1% as tech witnessed a significant sell-off, most notably in the social media segment. 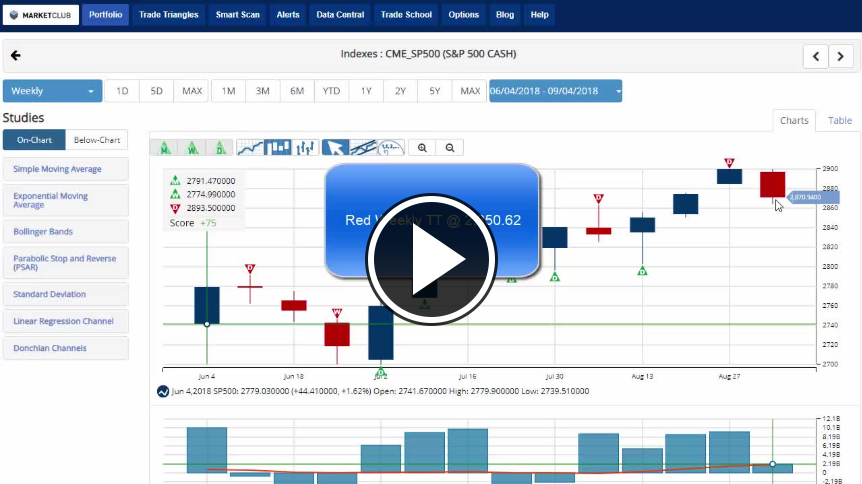 The U.S. Dollar has bucked its recent trend this week by gaining +.36% on the week making that its first positive week in a month. However, oil and gold followed the overall markets and lost -3.31% and -.53% respectively.

But the biggest loser of the week was Bitcoin, which lost -10.5% on the week. One reason for the sell-off was news in the middle of the week that Goldman Sachs delayed the launch of a Bitcoin trading desk for their customers.