Hello traders everywhere. A fear of rising interest rates is what is driving the latest sell-off in the stock market which is gaining steam for the third straight day. Interest rates were on a tear last week after the release of several pieces of strong economic data. The benchmark 10-year Treasury note yield rose to above 3.2% from around 3.06%. The 10-year yield also hit its highest level since 2011 last week and even though the U.S. Treasurys are not trading today in honor of Columbus Day that move has had a lasting effect. 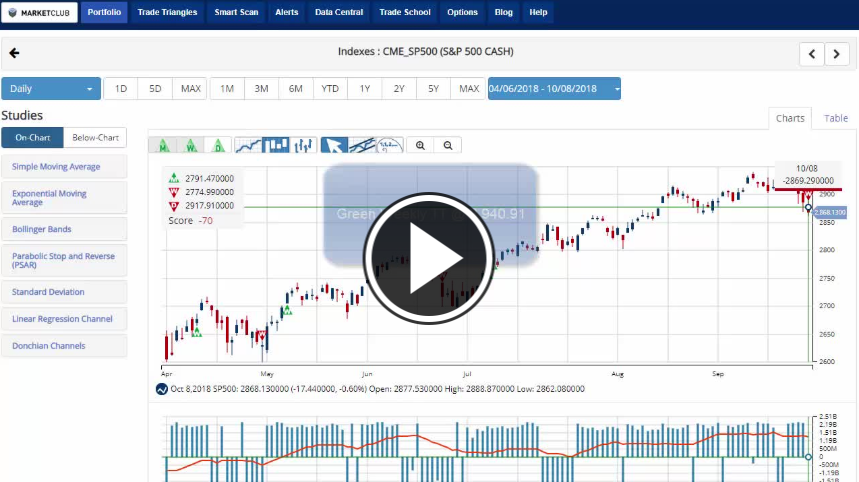 The S&P 500 triggered a new red weekly Trade Triangle joining the battered NASDAQ while only the DOW remains in an uptrend. The DOW remains resilient, but how long can it fight off the downward pressure?