I previously wrote an article walking through the anatomy of an options trade and the mechanics behind long-term successful options trading to generate high probability win rates for consistent premium income. In this article, I will provide empirical data over my first 100 options trades as a supplemental follow-up to this article above. These data are particularly noteworthy for a variety of reasons, most notably due to the market wide sell-off during this period where the Dow and S&P 500 erased all of its gains while turning negative for 2018. Furthermore, a week in December marked the worst percentage drop since the 2008 financial crisis while the Dow and S&P 500 posted their worse December since the Great Depression in 1931. This negative market backdrop provided a true test to the high probability trading and durability of this options trading method. Albeit my portfolio over this timeframe still produced a negative return these returns outperformed the S&P 500 by a wide margin (-8.8% versus -17.2%)

Options trading can mitigate risk; provide consistent income, the lower cost basis of underlying stock positions and hedge against market movements while maintaining liquidity. Risk mitigation is particularly important given the market wide sell-off throughout October-December of 2018. Maintaining liquidity via maintaining cash on hand to engage in covered put option selling is a great way to collect monthly income via premium selling. Heeding critical variables such as implied volatility, implied volatility percentile and probability, one can optimize option selling to yield a high probability win rate over the long term given enough trade occurrences. I’ll demonstrate via empirical data how these critical elements translate from theory to reality. In the end, options are a bet on where the stock won’t go, not where it will go and collecting premium income throughout the process. These empirical data demonstrate that the probabilities play out given enough occurrences over time. Despite a small sample size (100 trades) in a period where the market erased all of its gains for the year and posted the worst quarter since 1931, an 80% win rate was achieved while outperforming the broader market by a wide margin.

My First 100 Trades – Methods and Mechanics

I transitioned the majority of my portfolio into cash as a means to engage in selling option contracts primarily via covered puts with some covered calls layered into the strategy. The timeframe for these 100 trades spans September-December (primarily October, November, and December) in the heart of the market-wide meltdown. I primarily sell options contracts one standard deviation out-of-the-money to theoretically yield an ~80% probability of closing the trade at a profit at expiration. I sell options contracts in underlying securities that possess high implied volatility and high implied volatility percentile (greater than ~60th percentile).

Regarding option contract length, most contracts were sold 30-45 days out in duration. I generally execute a buy-to-close order on all my positions at a ~50% or greater profit to realize my gains and accelerate the closure of the contract to free up capital for additional positions. If the contract is assigned then I will hold onto the shares until the position rebounds, and I can relinquish these shares at a profit and in the meantime of holding the position, I may sell covered calls to mitigate my losses. I trade a wide variety of tickers in both stocks and ETFs across all sectors while being mostly agnostic to any particular sector or underlying security. Position sizing typically ranges from 3%-6% of my portfolio for each trade and I elect any dividends from assigned contracts to be paid out in cash. All data accounted for commissions/fees thus all numbers are final net values.

The main keys are to maximize the option seller’s edge by exploiting volatility (high IV percentile) and time premium decay. Stocks can temporarily become highly volatile with the expectation that this volatility will decrease in these high IV percentile situations. Rich premiums are paid out to option sellers with the expectation that volatility will revert to its mean allowing the option to decrease in value and expire worthless at expiration even if the underlying stock moves sideways or down without breaking through the strike price in a high probability manner. The high IV percentile provides rich premium via time value and as the option lifecycle unfolds and this volatility decreases the option time value implodes, and the option decreases in value allowing profits to be realized.

The outcomes are as follows; If the shares move in your favor (in this case the shares appreciate in value or trade sideways) the put seller has optionality where he can buy-to-close the contract at a profit or allow the option to expire worthless. Time decay is on your side through the contract lifespan so every day that passes, the option seller will gain value due to time premium evaporating. If the shares trade positive, sideways or decrease (without breaking through the strike price), then option gains are in the seller’s favor.

A wide array of options in different sectors with different expiration dates will ensure portfolio diversity and plenty of opportunities to take profits and repurpose those funds. Sticking to the mechanics of selling options in high implied volatility stocks with high IV percentile at one standard deviation out-of-the-money and buying-to-close at ~50% profits was my method (Figure 1). These empirical data demonstrate that the probabilities play out given enough occurrences over time. Despite a small sample size (100 trades) in a period where the market erased all of its gains for the year, an 80% win rate was achieved while outperforming the broader market by a wide margin. Accounting for all the contract income, assigned underlying positions that were relinquished at a profit and unrealized losses yielded a return of -8.8% while the broader S&P 500 posted a return of -17.1% (Figure 2). The mechanics behind all these trades is an iterative process as described above (Figure 3). 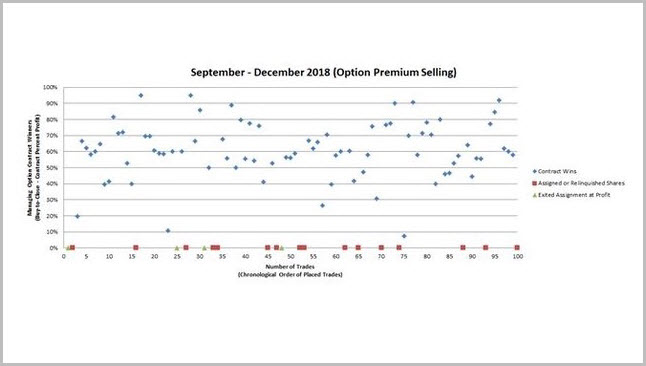 Figure 1 – Graph displaying all 100 trades with the outcome of each trade and profit realized (e.g., if an option is sold for a net premium of $100 and then managed for a buy-to-close for a net of $10 then a 90% net realized gain is logged) 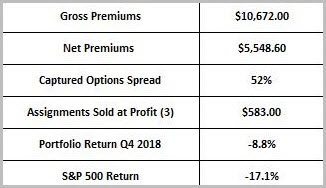 Figure 2 – Detailed numbers on the first 100 trades and the portfolio outperforming the S&P 500 by a wide margin. 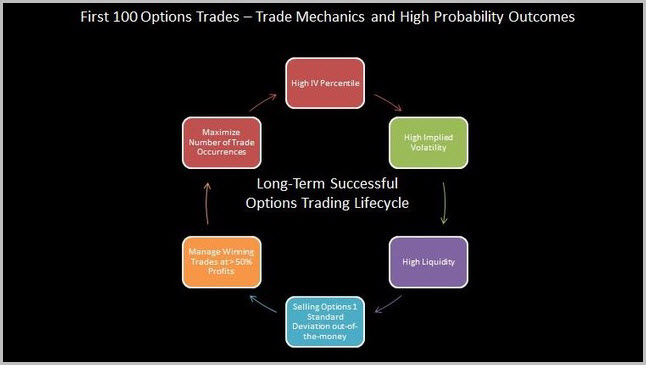 Figure 3 – Iterative process of each trade in a mechanical manner with a high number of trade occurrences.

Out of the 100 trades (largely comprised of selling puts) 80 trades were closed at a profit and 20 were assigned/forced relinquished thus non-profitable. Out of these 20 losses, four assignments were inevitably sold at a profit, and two were buy-to-close for a minor loss to avoid assignment or avoid relinquishment. Net losses were 16 and using the format (number of assigned contracts – stock symbol) the following results were generated — General Electric (9 - GE), United States Oil (8 - USO) ETF, Schlumberger (1 - SLB), Transocean (RIG), Bank of America (1 - BAC), American Airlines (2 - AAL), eBay (2 - eBay), Mexico ETF (2 - EWW) and Michael Kors (1 - KORS). In total, $10,672 of premium income was received over these 100 trades, and after all buy-to-close managing of the trades, $5,548 was netted. This translates into the ~50% premium capture that I initially targeted accounting for all commissions and non-profitable trades. The unrealized losses currently exceed the realized premium income over this timeframe however given more time, and more trades in a healthier market may change this imbalance. Despite this current imbalance of realized to unrealized gains and losses, the portfolio easily outperformed the S&P 500.

Position sizing is critical to successful options trading as one, or a few bad assignments (s) may erase gains that were collected over many trades effectively negating all the successes. This is particularly true during periods of sudden bear markets like the one we’re currently observing and/or sector sell-offs like the secular decline in the financials and gas and oil-related stocks. General Electric (GE), United States Oil (USO) ETF, Schlumberger (SLB), Transocean (RIG), Bank of America (BAC) and Michael Kors (KORS) were all assigned to me and resulted in significant unrealized losses as these underlying positions broke through the 1 standard deviation threshold and continued to free fall. Some positions that were assigned at expiration were ultimately sold at a gain once the underlying position broke through the assigned price on the rebound (i.e., PYPL, WYNN, and FCX). Despite these assignments and accounting for the unrealized losses, this options cohort outperformed the market by a wide margin.

Here, I’ve discussed that selling options in the ideal environment of high implied volatility, high IV percentile, probability, and great liquidity will provide rich option premium selling as these underlying stocks revert to their means. As volatility decreases, the option contract will decrease in value providing the option seller with realized gains. Taken together, this translates into high probability options trading to maximize option outcomes regardless of directionality and largely market backdrop. Despite the Dow and S&P 500 posting their worse December since the Great Depression in 1931, my portfolio over this timeframe outperformed the S&P 500 by a wide margin (-8.8% versus -17.2%). This negative market backdrop provided a true test to the high probability trading and durability of this options trading method and yielded an 80% success rate. These empirical data demonstrate that the probabilities play out given enough occurrences over time. Despite a small sample size (100 trades) and negative market backdrop, an 80% win rate was achieved while outperforming the broader market by a wide margin.

Disclosure: The author holds shares of GE, USO, RIG, KORS, BAC, SLB and AAL via option assignment and may engage in option selling in any of the mentioned underlying stocks or ETFs. The author has no business relationship with any companies mentioned in this article. This article is not intended to be a recommendation to buy or sell any stock or ETF mentioned.