American Airlines (AAL) is a cheap stock by many metrics and currently presents the best value in the airline sector based on valuation. Boeing’s (BA) 737 Max groundings have already been absorbed by the airline and moving forward, American is looking to settle with Boeing. Boeing took a $4.9 billion after-tax charge in Q2 to compensate airlines for the grounding. American is expected to see some cash from that amount once a settlement is reached between the two parties. The company is reducing its debt load, increasing free cash flow, returning value to shareholders, expanding its network while having the youngest fleet among the major airlines. American Airlines is near a 5-year low on the cusp of all the aspects mentioned above coming into the fold for 2020 and beyond. I feel that this stock presents a compelling buying opportunity in the backdrop of a frothy market for long-term investors.

American presents a compelling value proposition across its enterprise with growth, decreased capital expenditures, youngest fleet of aircraft, debt reduction and increases in free cash flow. In an effort to drive growth, the company is expanding its network to add more gates in profitable hubs for 2019, 2020 and 2021 in Dallas-Fort Worth, Charlotte and Washington D.C., respectively (Figure 1). Early results indicate that hub growth is already creating value. Passenger revenue per available seat mile (PRASM) grew by 3.3% in 2019 from expansion in the Dallas-Forth Worth hub. 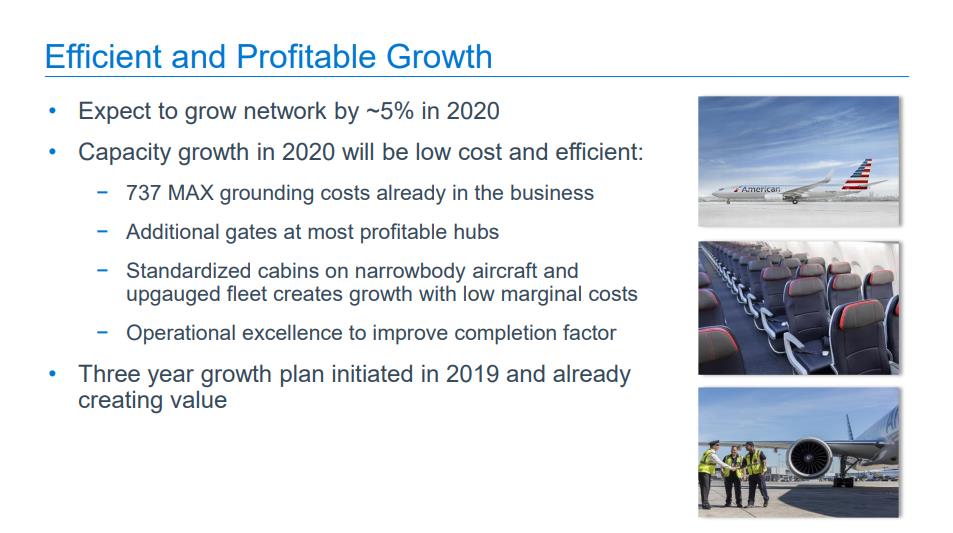 Starting in 2020, capital expenditures will begin to decrease, resulting in free cash flow increases drastically. At the end of 2019, over $30 billion was invested in the airline, and throughout 2020 and 2021, expenses will dramatically be reduced (Figure 2). These investments have resulted in American having the youngest fleet in the industry with over 50% of its aircraft being less than 10 years old (Figure 3). As expenses decrease, free cash flow will increase substantially to allow American to deleverage their debt. American will increase its free cash flow by $5.5 billion over 2020 and 2021 and over the long-term translating into an $8-$10 billion reduction of debt by 2024 (Figure 4). The company is in a position to increase earnings per share and income, even if the business doesn’t grow. 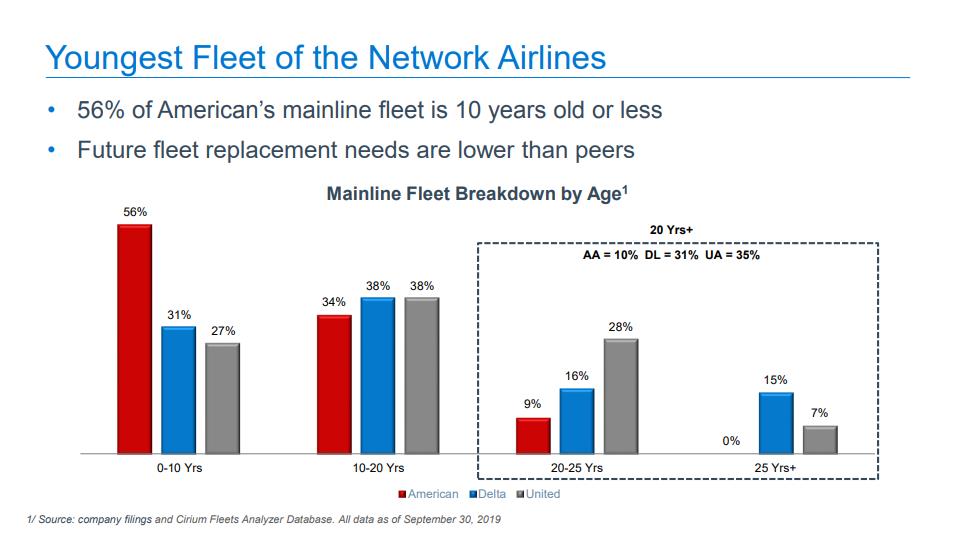 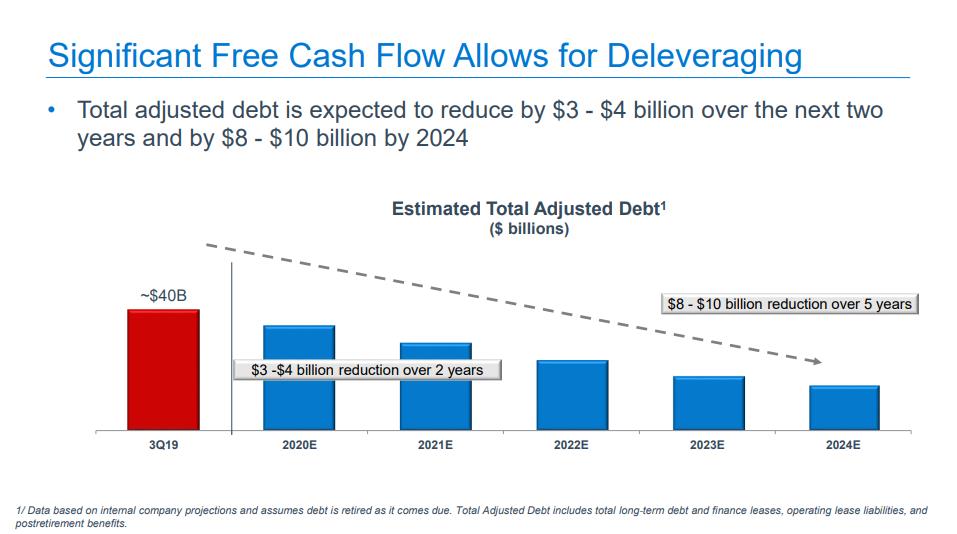 Earnings and Returning Value to Shareholders 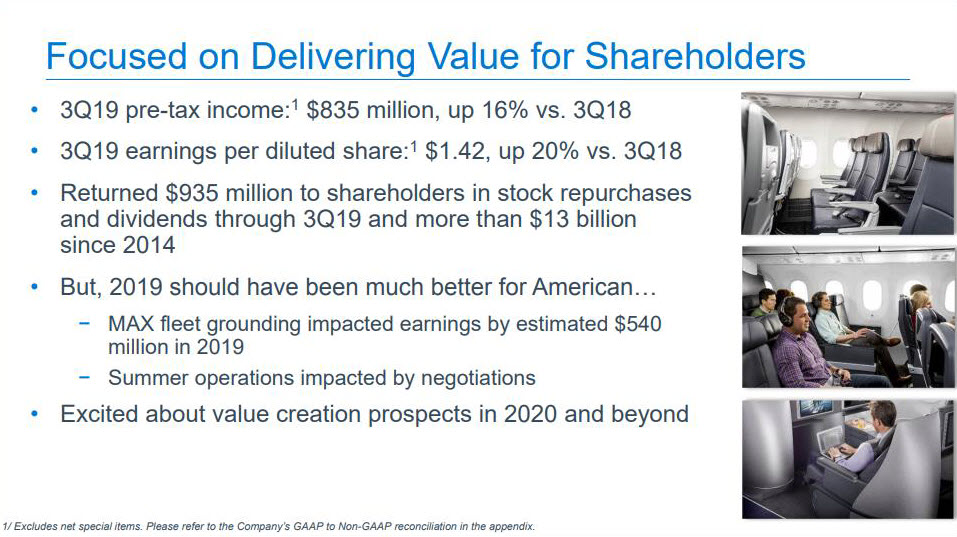 American Airlines is on the cusp of a confluence of positive catalysts via growth initiatives, decreased capital expenses, increased free cash flow, and debt reduction. American is on the fast track to paying down debt by $8-$10 billion by 2024 and accelerating free cash flow generation by $5.5 billion throughout 2020 and 2021. Early data suggests that its growth initiatives via hub expansion are generating increases in passenger revenue per available seat mile (PRASM). American is committed to returning value to shareholders via share buybacks and dividends having returned $935 million through Q3 2019. With American Airlines is sitting at nearly a 5-year low while being the most inexpensive stock in the airline space based on P/E valuation. At these depressed levels, coupled with the positive catalysts moving forward, American presents a compelling buy for long-term investors.