The current “reference production” and adjustments levels are detailed in the table below. 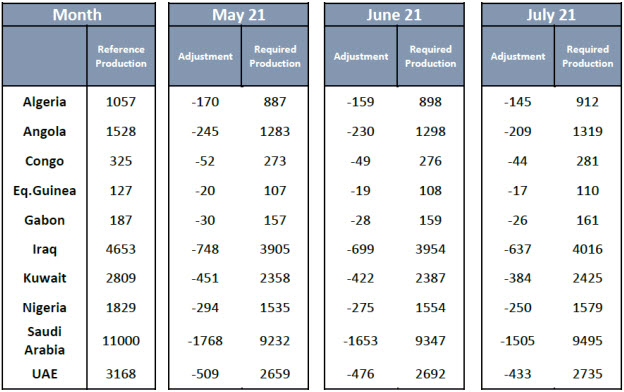 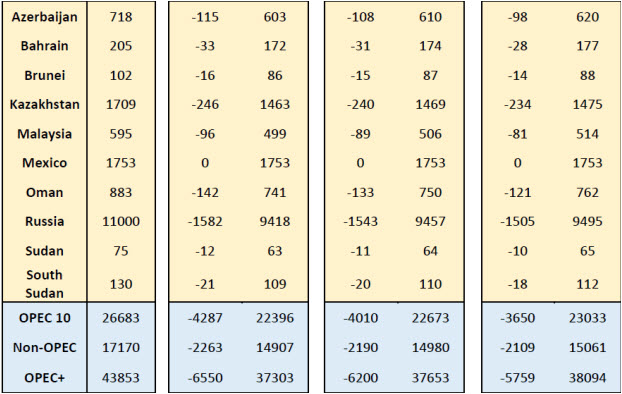 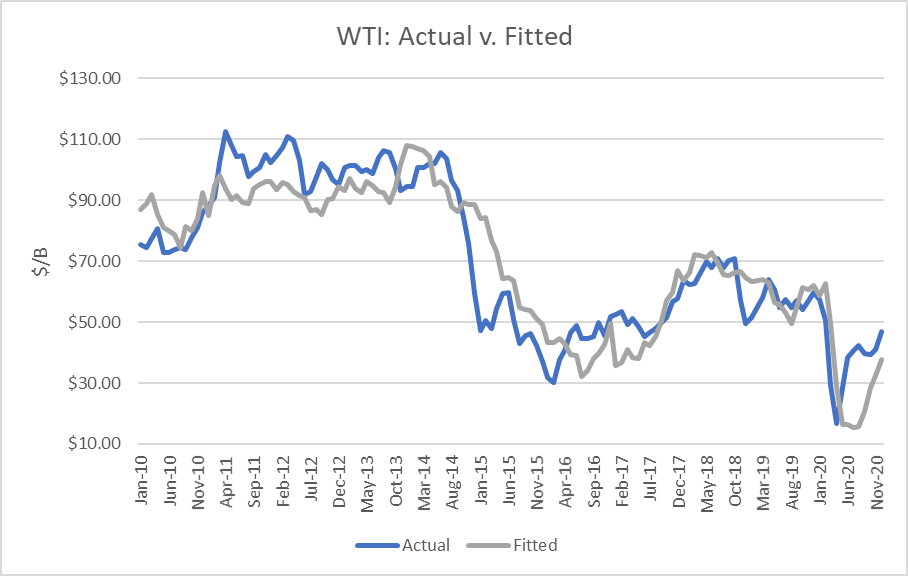 I used the model to assess WTI oil prices for the EIA forecast period through 2021 and 2022 and compared the regression equation forecast to actual NYMEX futures prices as of July 15th. The result is that oil futures prices are presently overpriced through the forecast horizon ending December 2022 even without taking into account the likely increase in OPEC+ production for the balance of 2021. 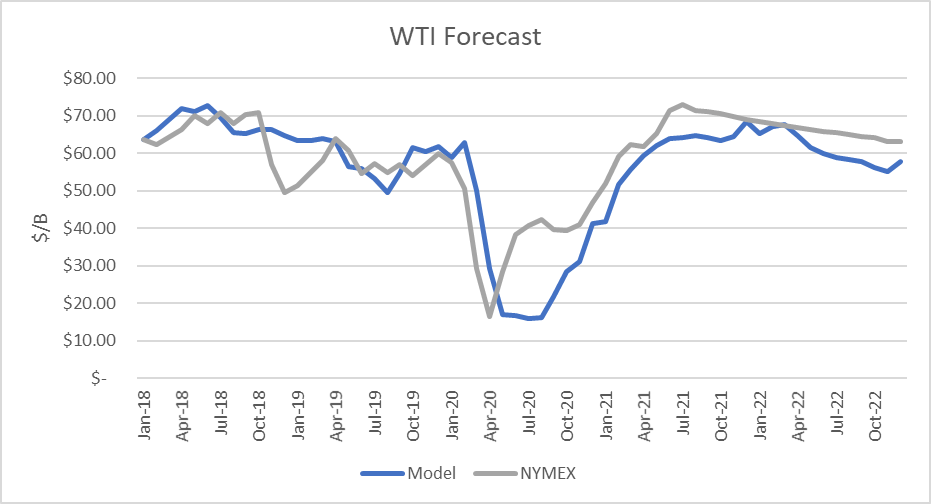 April 2020 proved that oil prices can move dramatically based on market expectations and that they can drop far below the model’s valuations, whereas prices in May through April proved that the market factors in future expectations beyond current inventory levels.

In addition to the uncertainty of how deeply and how long the coronavirus will disrupt the U.S. and world oil consumption. Covid cases have once again risen due to the spread of the delta variant. 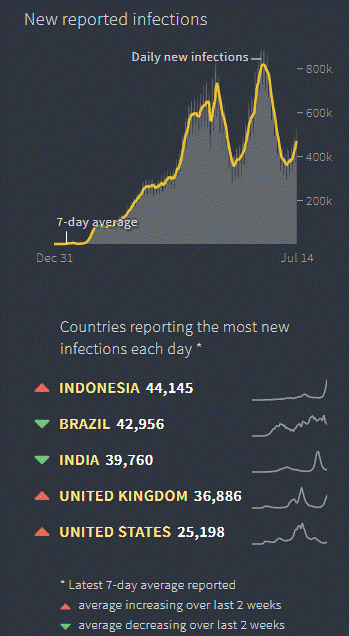 At issue is how fast the vaccine will be deployed in the U.S. and worldwide. The pace of deployment has been relatively slow in Europe and some countries.

Another issue is whether high oil prices provide enough incentive to other producers, such as shale, to restore their production. In the latest weeks, U.S. production has been rising and has reached 11.4 mmbd.

Finally, at issue is how Iran’s production will rise in the months ahead with or without a nuclear deal. Biden has clearly stated that he wants the U.S. back in the deal and it has been reported that the US will end the sanctions on Iran’s oil and tanker industries. That could put around 1.5 more million barrels a day back into the world market or cause Saudi Arabia and others to cut production further to make room for Iran.

Given the recovery in oil prices, some are extrapolating further rises to $100 per barrel. The inventory forecast above clearly does not support such a rise and global inventories are likely to rise above the level indicated above due likely OPEC+ increases which are favored by both Saudi Arabia and Russia.